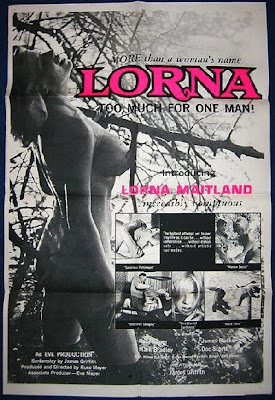 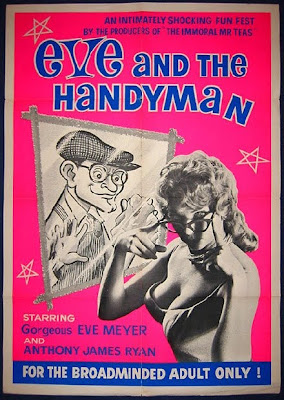 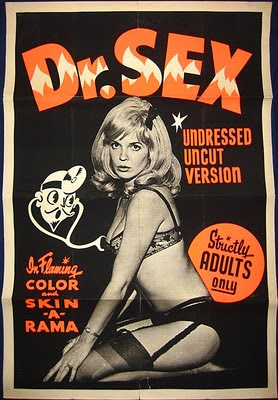 What a piece of nostalgia. Every major city had at least one such district or theater.

The antics were X-rated – on screen and in the audience. Tony Paley remembers the sleazy heyday of London's Scala cinema

guardian.co.uk
The Scala cinema is dead: long live the Scala. The last ticket stub at London's legendary picture house was torn 18 years ago, but like the zombies that often haunted its screen, its influence on movie culture refuses to die.

A seven-week celebration of the cinema, reliving its famous all-nighters and trash/horror/arthouse double and triple bills, begins later this month. The Scala Forever season will feature 111 films screened at 26 London venues, some of them selected and introduced by the film industry people who frequented what became known as the Sodom Odeon in the 80s and early 90s. (Highlights include Tilda Swinton introducing The Life and Death of Colonel Blimp, which she first saw at the Scala.)

As well as celebrating the King's Cross venue, organisers hope to draw attention to some of the cinemas, pubs and clubs that specialise in showing classic films today. "The aim is not just the one-off season," says programmer Andy Kimpton-Nye of the Roxy Bar and Screen. "We want to create a legacy, to bring venues together and create a portal for people to discover repertory film."

The Scala was founded by Stephen Woolley in 1979, originally at a venue on Charlotte Street in north London, and then two years later at its long-term home in King's Cross. Woolley – who went on to found Palace Pictures and produce countless films – wanted to create a UK equivalent to the grindhouse venues of Los Angeles and San Francisco, with their eclectic, daily-changing menu of movies. The impressive building, which first opened in 1920, and its location in neighbourhood then largely populated by prostitutes and drug addicts, added to the allure: the atmosphere was a world apart from that of the National Film Theatre.

"It was a thrilling experience," says former programme manager Jane Giles, now head of film and video distribution at the British Film Institute. "Part of that thrill was that you walked out [of the station] into the badlands of King's Cross. You then quite quickly found your way to this palatial building, like some sort of bonkers white castle that you see on the logo of Disney. Going up the marble staircase led you into this massive space. The rake was very steep, the seats bolt upright and I think you sat there for a moment with a sense of incredible anticipation. In addition, the auditorium was dark and, at times, illicit. There was a frisson. A lot of the films were quite explicit, so there was a sexuality about the place that was unusual in cinemas. It all added up to an incredibly potent combination."

Stories surrounding those nights are legion: the dope-fiend projectionist who scratched a CND symbol into a Pearl & Dean army recruitment ad and got the reels in the wrong order at a horror festival; the antics at the gay-themed all-nighters. "We had to try to explain to Serena the cleaner why there were so many used latex gloves on the floor after a lesbian all-nighter," says Giles. "I told her it was a fashion statement."

The cinema's biggest hits were underground classics such as Thundercrack and Cafe Flesh; John Waters's 70s trash trilogy Pink Flamingos, Female Trouble and Desperate Living; and the work of sexploitation king Russ Meyer. These were films other venues simply would not screen; many of them will feature in the upcoming season.

By 1992, however, the cinema was in trouble. Warner Brothers were tipped off about a (then illegal) screening of Stanley Kubrick's A Clockwork Orange and sued. This followed a relaxation in the rules on late-night alcohol consumption at non-club venues, which meant the Scala was no longer the go-to place for an after-hours drink; the increasing availability of transgressive films on video was also taking some of the shine off the programming. The Scala lost an expensive legal battle against Warner Bros; plans to convert into a multiplex foundered. The last of the cinema's monthly film-strip style calendars, the format of which has been lovingly reproduced for Scala Forever, was printed in May 1993.

The season will open with King Kong, the first film ever screened at the King's Cross site (home to a primatarium, celebrating all things ape, before the Scala moved in) and close with A Clockwork Orange. The organisers are hoping to recreate some of the cinema's original magic. John Waters, the Scala's "patron saint", vividly recalls his sole visit. "It was like joining a club, a very secret club, like a biker gang or something. I remember the audience was even more berserk than any midnight show I had ever seen in America. Maybe they were on ecstasy, I don't know, but it was a really raucous audience. It was so great – but it was almost scary."

SCALA'S HISTORY
Built to the design of H Courtney Constantine, the Kings Cross Cinema (Scala), was nearing completion when the First World War to began. The partially completed cinema was first used to manufacture airplane parts, and after 1918 as a local labour exchange for demobilized soldiers returning from the war.

Finally completed, the Kings Cross Cinema opened on April 1920. Seating over 1000 people, the auditorium offered a three-hour program, accompanied by a 20-piece orchestra.

At the end of the 1920’s, under the control of Gaumont British Pictures, the cinema staged lavish free Christmas shows for local children - endearing a whole generation.
The King's Cross Cinema was damaged in air-raids during the Blitz. New owners refurbished the cinema, now called the Gaumont, and it reopened in March 1952. In 1962, the Gaumont became the Odeon and continued to screen mainstream pictures until 1970.

In February 1971, the cinema embarked on a short-lived experiment showing adult films. Soon after it reverted to the King's Cross Cinema and mainstream features returned. In addition to the programs of films, the venue became a live, all-night, rock venue. Iggy Pop and Hawkwind have played at the Scala. In 1974, this bold move came to an end when the cinemas late-night license was revoked, petitioned by the local residents. Soon after it closed.

Five years later, the King's Cross Cinema, became a Primatarium. The stalls were reconstructed to resemble a forest. The project failed and on July 1981 the cinema returned as Scala, featuring the classic 1933 version of King Kong on opening night.
The Scala Cinema went on to become one of London's most famous repertory/art house cinemas. In 1993 the Scala Cinema Club went into receivership after losing a court case over an illegal screening of Stanley Kubrick's A Clockwork Orange.

Scala reopened in March 1999 after a radical transformation which included an additional 2 floors. King's Cross once again plays host to a vibrant and important cultural meeting place, embodied in which is the long and colorful history of both the Scala Cinema Club and The King's Cross Cinema.