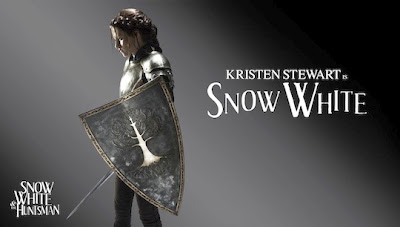 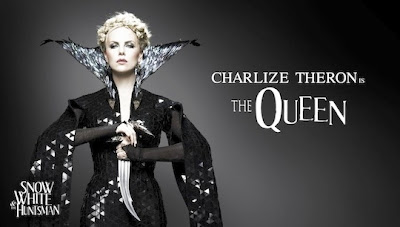 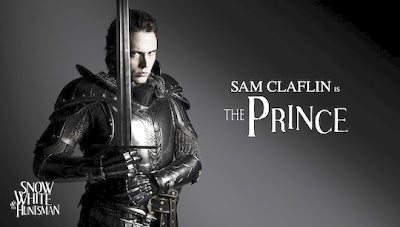 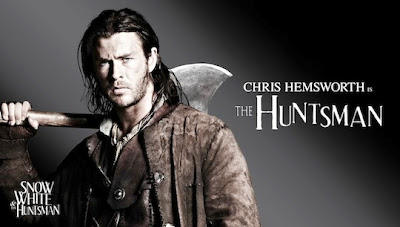 Roll over Disney...a Joan of Arc look-alike [Kristen Stewart] will be on the screen soon who resembles Mia Wasikowska in Tim Burton's Alice in Wonderland.
"Kristen Stewart wears a suit of armor as Snow White"

The Washington Post
Since production on Universal’s “Snow White and the Huntsman” doesn’t begin until next week, there was no footage to show during the panel held late Saturday afternoon here at Comic-Con. The cast members — including Charlize Theron, Chris Hemsworth and Kristen Stewart — couldn’t talk about how much they bonded on set because they are just getting to know one another.

But during the presentation, director Rupert Sanders and Co. certainly gave the impression that this will be a tougher take on the Snow White story than the Disney cartoon in which our heroine sang gleefully before taking a bite of that poisoned apple. (It will also include eight dwarves — to be played by Ian McShane, Nick Frost, Ray Winstone and others — instead of seven.)

When asked how it differs from the competing Snow White project from Relativity Media, producer Joe Roth described “Huntsman” as more of a dark action film and the other movie as a “softer” version of the tale.

To prove that point, photos of the cast in costume were shown for the first time to the assembled masses in the San Diego Convention Center’s Hall H. And indeed, it seems safe to bet that, since Kristen Stewart’s Snow White wears a suit of armor, she probably won’t be crooning “Someday My Prince Will Come” while birdies tweet on the tips of her fingers.
Posted by Mercury at 10:31 AM