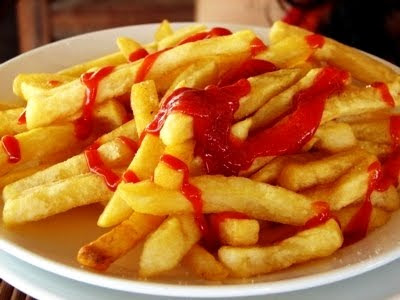 "States Fight Back Against City Laws on Unhealthy Food"

Time
The city of Cleveland took a stand against unhealthy restaurant food this year, adopting a ban on added trans fats. The new law could have helped reduce heart disease in the city, but before it could take effect, the Ohio state government stepped in — and overturned the ban.

In recent years, cities have become more aggressive about trying to make the food sold within their borders healthier, at a time when heart disease is the No. 1 cause of death in the U.S. and a main cause of disability.

Most notably, San Francisco last year banned Happy Meals, or more precisely, it passed a law barring restaurants from offering free toys with meals that have more than certain defined levels of fat, sugar and calories. New York City passed a trans-fat ban in 2006 and has a law requiring chain restaurants to post calorie counts. In 2009, Baltimore implemented its own trans-fat ban.

There have long been government efforts to persuade people to eat better — from the 1992 U.S. Department of Agriculture food pyramid, which urged eating lots of grains and rice and not much fats and oils (and which was recently revised) to First Lady Michelle Obama's current healthy-eating initiative.

But these municipal laws are different: rather than just encouraging people to voluntarily change their eating habits, they carry penalties for the food purveyors who fail to comply. Last year, Baltimore's city health department handed out its first citation (including a $100 fine) to a repeat offender of its trans-fat ban — a barbecue stand that had been found to be using margarine that did not meet the city's standards.

As more cities have adopted healthy-eating laws, critics have been fighting back — led, not surprisingly, by the restaurant industry. In addition to the Ohio law, a recent New York Times rundown noted that Alabama and Florida have recently adopted limits on cities' authority to ban unhealthy food, and Arizona enacted a law prohibiting its localities from adopting San Francisco–style bans on fast food sold with toys and other "consumer incentives."

First is the substantive one of whether healthy-eating laws are a good idea. Supporters of the bans say that Americans are seriously threatened by the food they are eating, especially fast food.

Trans fats, a common ingredient in fried food and processed cookies, crackers and potato chips, are associated with high levels of bad cholesterol (LDL) and low levels of good cholesterol (HDL), and they have been linked to heart disease and early death. Since trans fats can easily be replaced by healthier alternatives, the supporters say, the bans are promoting public health and saving lives.

In the case of labeling requirements, supporters argue that disclosure is a good thing because it gives people the information they need to make healthy choices. And the burden they impose is no greater than the sort of warning labels that are a common requirement on product labels. Critics of the laws, however, say the bans raise costs and limit consumer choice. If people want French fries fried in trans fats, or if they want their children to have a toy with their hamburger and fries, the argument goes, it should be up to them. To the critics, food-safety laws are an extreme case of the nanny state run amok — an overreaching government denying citizens the right to make the choices they want about their own lives.

But beyond the issue of whether there should be food-safety laws is the question of who should decide. Under American law, cities are weak and states are strong. On many substantive issues — including food safety — states generally have the power to overrule cities' laws.

People who support greater power for cities — or home rule — argue that municipal governments are closer to the people, and that cities can serve as laboratories to experiment with laws before implementing them on a wider basis.

Letting cities decide can also mean that more people end up with the laws they want. If San Francisco residents do not want to have Happy Meals sold, a local ban grants them their wish, while leaving the rest of the state, which may like Happy Meals, free to buy them.

Supporters of greater state authority counter that businesses are entitled to a certain level of uniformity. They say it is inefficient, and oppressive, to expect a major chain restaurant to come up with products that meet the requirements that any California city might decide it wants to impose if rules don't apply statewide.

Interestingly, this is an unusual battle in which both sides seem to be gaining steam. More states are passing laws banning the bans. But there are also more localities enacting bans in states that still allow them. In April, California's Santa Clara County adopted its own version of a Happy Meal ban. The food wars — critics of unhealthy food vs. critics of the nanny state — are unlikely to end anytime soon.
Posted by Mercury at 9:27 AM