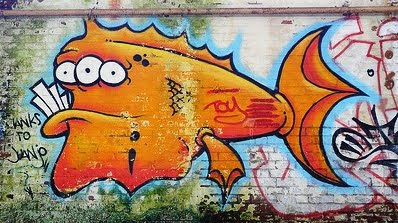 Statistics can be misinterpreted.

"What Salt and Prozac Have in Common"

Time
Recently, two medical controversies have made headlines: the question of whether too much salt is bad for your health and the debate over whether widely used antidepressant drugs work any better than placebo. The two issues are not as unrelated as they may seem. Both persist because the scientific evidence on these issues, while vast, is too limited to answer them. Both also turn on the importance of differences between individual patients, rather than what the data say in aggregate.

The antidepressant debate was revitalized recently by a two-part New York Review of Books series looking at new books critiquing the effectiveness of psychiatric drugs. In response, Peter Kramer, author of the seminal book Listening to Prozac, wrote an op-ed in the New York Times titled "In Defense of Antidepressants."

The salt controversy also got new life in the media, following the recent publication of several conflicting studies that tried to determine whether eating too much salt increases the risk of heart disease risk or heart-related death. (There's no consensus.) Meanwhile, health officials have called on food companies to lower salt content in their products, a move that has been met with intense criticism by some health experts and those representing the salt industry.

Both the salt and antidepressant debates involve high emotion, fierce partisanship and industries with large financial stakes in what the research ultimately concludes. Both also involve substances that have been alternately shown by varying studies to have positive or negative effects.

Those who say antidepressants are overused cite reviews of the data that show the drugs to be no more effective than placebos for all but the most severe cases of depression; they also claim that even in these worst cases of mental illness, the drugs offer little real advantage.

But supporters of widespread use of antidepressants look at the same data and say that the research shows that the drugs do work; further, they argue that the placebo effect cannot reasonably account for the huge improvements seen by doctors and by many depressed patients.

Critics highlight cases in which antidepressant use has been linked to suicides and even homicides. Supporters blame such incidents on the underlying depression or on anomalous individual reactions to the drugs.

With salt, the story is similar. The aggregate data from large studies typically show that eating high levels of salt does not in fact increase risk of heart attack or early death, and yet some studies do show such harms. Most cardiologists and kidney specialists also tend to agree that salt has a direct impact on blood pressure: doctors treating hypertensive patients have found that reducing dietary salt helps lower blood pressure in many cases.

As NYU nutrition expert Marion Nestle put it in a recent interview with Scientific American:

I was once at a sodium meeting at which there were a bunch of statisticians. And I left with the statisticians and they said that "anyone who thinks that salt has anything to do with hypertension is delusional." And that was on the basis on the clinical trials that show so little. And yet every single committee that has dealt with this question says, "We really need to lower the sodium in the food supply." Now either every single committee that has ever dealt with this issue is delusional, which I find hard to believe — I mean they can't all be making this up — or there must be a clinical or rational basis for the unanimity of these decisions.
MORE: Why French Fries Are Such Good Comfort Food

The problem is that, in both the antidepressant and the salt questions, the aggregate data find little effect. And yet, in both cases, individual responses vary widely. One patient with high blood pressure may cut salt from his diet and no longer need his blood-pressure pills; another patient with congestive heart failure might cut salt and increase his risk of death.

A depressed patient may take Prozac and find that for the first time in her life, she feels safe and has the strength to cope. Another can take the same drug and want to kill himself.

When the data in such cases are looked at in the aggregate, these opposing responses cancel each other out: one group shows improvement, while the other deteriorates. To the statisticians, it looks like nothing has happened at all. To the individual doctor treating specific patients, however, the picture is stunningly different. Yet, for the purposes of scientific evidence, these patient "anecdotes" cannot be considered data.

Because anecdotes aren't reliable — they are subjective reports that can wrongly suggest that ineffective treatments work or that effective ones don't — we carry out large-scale randomized clinical trials. But the aggregate data that result from these trials may obscure the necessary details: which subgroups are being helped and which are being harmed?

To solve the puzzle, we need to know more about what antidepressants actually do in the brain and how salt really affects blood pressure. We need to know about what interactions affect these outcomes. For example, with salt the ratio of sodium intake to potassium intake may be what matters, rather than salt consumption alone. With depression, both genetic and psychosocial factors are bound to influence the effects of the drugs.

This requires us to accommodate and plan for increasing complexity, both when designing research studies and when creating policies that affect clinical care or public health. In both cases, there are clearly very real effects in many people. In both cases, there's also an industry that wants to expand its market. But failing to acknowledge individual differences isn't going to get us any closer to the truth.
Posted by Mercury at 9:35 AM