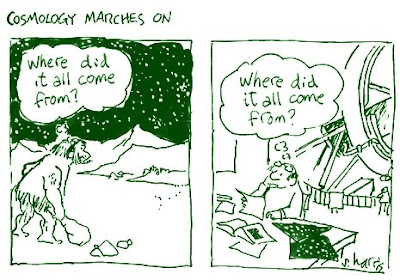 USA TODAY
The most famous scientist in the world, Stephen Hawking, has never avoided the big questions, from the nature of time to the fate of the universe.

But that was just a warm-up. Now he is squaring off with God.

Hawking will kick off Curiosity, the Discovery Channel's weekly look (Sunday, 8 p.m. ET/ PT) at what research says about life's big questions. It starts on Aug. 7., with an episode entitled, "Is There a Creator?" Afflicted with a form of amyotrophic lateral sclerosis (Lou Gehrig's Disease) while young and now paralyzed, Hawking speaks with the aid of a voice synethesizer, and a narrator on the show.

"I recently published a book that asked if God created the universe. It caused something of a stir," Hawking, 69, begins on the episode. (The "stir", in fact, was religious leaders denouncing his book's conclusion that God was unnecessary to the universe.) On the show, he takes viewers on a walk through humanity's history of appraising our place in the universe, from Vikings facing down eclipses to the laws of modern cosmology, which explain the origin and structure of universe. "I believe the discovery of these laws is mankind's greatest achievement," he says.

Much of the show revolves around themes from last year's look at the cosmos, The Grand Design, written by Hawking with physicist Leonard Mlodinow. Pictured on the cover of the Oxford Dictionary of Scientists with Albert Einstein and Marie Curie, Hawking is scientifically best known for "Hawking radiation," his revelation that black holes are hot (or very cold for the big ones) and small black holes rapidly radiate away their heat to finally evaporate.

In a short, exclusive interview with USA TODAY, Hawking e-mailed his answers to why he is taking on religion to start off the show, and discussed his life and legacy. Here are his answers to some of the questions:

Q: First, we wonder if you could comment on why you are tackling the existence of God question?

A: I think Science can explain the Universe without the need for God.

Q. What problems you are working on now, and what do you see as the big questions in theoretical physics?

A: I'm working on the question, why is there something rather than nothing, why are the laws of physics what they are.

Q: What do you see as your legacy in science or for the people who have become enthusiastic about physics as a result of your work and writing?

A: I think my most important discovery is the fundamental relation between gravity and thermodynamics (the study of how heat moves through matter) which gives a black hole a temperature and causes it to evaporate slowly.

Q: Was there ever anything besides theoretical physics that tempted you as a lifetime pursuit?

A: My father would have liked me to do medicine but from the age of 13 or 14 I knew I wanted to do research in physics.

Essentially on "Is There A Creator?," Hawking notes that on the sub-atomic scale, particles are seen in experiments to appear from nowhere. And since the Big Bang started out smaller than an atom, similarly the universe likely "popped into existence without violating the known laws of Nature," he says. Nothing created the universe, so in his view there was no need for a creator. That is his explanation for "why there is something rather than nothing."
Posted by Mercury at 2:28 PM