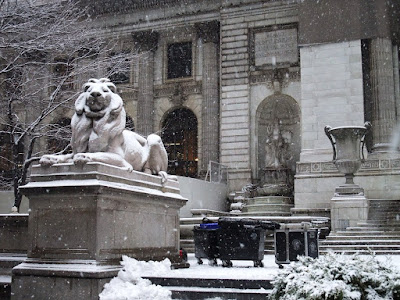 The Atlantic
As a municipal official (selectman) and taxpayer, I often wonder why government evenly distributes taxes when there are clearly ways to lower the burden across the general tax base by charging fees for services that are used by specific groups. Take into consideration the following example:

Public libraries have been in existence for thousands of years, but for the purposes of this article, let's start with the year 1731, when Benjamin Franklin began a subscription library as a means of sharing thousands of books. Members needed to either purchase stock in the library (which was setup as a company) or become a member -- for about $5.

By 1833, Peterborough, New Hampshire, began to use tax revenue to purchase books for a publicly owned library, free to all residents. In 1854, the Boston Public Library became what is widely known as the first real public library, and more than 20 years later, the Dewey decimal system was brought into use.

In the early 20th century, philanthropist Andrew Carnegie donated $50 million to build 1,700 libraries in the United States. There are now more than 9,000 public libraries, not including branches. Around 85 percent of library funding comes from federal, state, and local taxes. The majority (90 percent or more) of that comes from local property taxes.

As a constant user and supporter of my town library, I am grateful for the access to the thousands of books, newspapers, and periodicals available within the library system. But I also have trouble understanding how the public library system has essentially undergone no fundamental change in the last century.

In the last 100 years, the cost of a new book has gone from 10 cents to $30, but anyone with a library card can rent that same book for free.

At a time where the tax burden can often be onerous, doesn't it make sense to ask library users to pay a nominal fee for a book rental? When municipal budgets are tightened, almost universally the library is left to hang by a thread. Amazingly, when library usage is at an all-time high, I read about library closings every week across this country.

But I never hear any politician or citizen's group recommending a rental fee to support the library.

Why do libraries get the short end of the stick? For a multitude of reasons, but primarily due to changes in how people have been gathering since technologies like radio and TV came on the scene. Prior to their introduction, libraries were a community gathering place. That's no longer the case, and in today's computer-based home environment, the majority of taxpayers in a municipality do not use the public library.

Does that mean we shouldn't offer the service to the community? Of course not. Instead, the municipal government should give baseline funding to the library, with the remaining funding coming from operational revenue.

In my town, more than 600,000 items were borrowed in 2010. Just a 50 cent fee on each item would add $300,000 to the bottom line (increasing the budget by more than 50 percent), allowing for facility upgrades, newer materials, and maybe even the opportunity to consider ... wait for it ... a small café to earn revenue on those people who come to the library for its in-house offerings like computers, newspapers, and magazines.

In summary, municipal government needs to stop thinking like it's 1900. There are opportunities to provide tax relief in our towns and cities by moving towards targeted fees that affect those who use municipal services.
Posted by Mercury at 4:49 PM