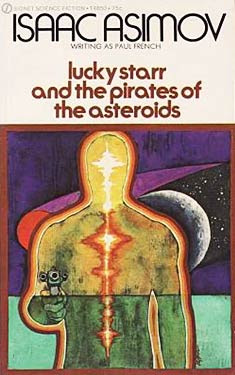 What an idiotic idea to spend bucks and talent to think of this now. Efforts can better be placed elsewhere.

Associated Press
With the space shuttle now history, NASA's next great mission is so audacious, the agency's best minds are wrestling with how to pull it off: Send astronauts to an asteroid in less than 15 years.

The challenges are innumerable. Some old-timers are grousing about it, saying going back to the moon makes more sense. But many NASA brains are thrilled to have such an improbable assignment.

And NASA leaders say civilization may depend on it.

An asteroid is a giant space rock that orbits the sun, like Earth. And someday one might threaten the planet.

But sending people to one won't be easy. You can't land on an asteroid because you'd bounce off - it has virtually no gravity. Reaching it might require a NASA spacecraft to harpoon it. Heck, astronauts couldn't even walk on it because they'd float away.

NASA is thinking about jetpacks, tethers, bungees, nets and spiderwebs to allow explorers to float just above the surface of it while attached to a smaller mini-spaceship.

Such a ship - something like a "Star Trek" shuttlecraft melded with a deep sea explorer with pincer-like arms- is needed just to get within working distance of the rock. That craft would have to be big enough for astronauts to live in for a week or two. They'd still need a larger habitat for the long term.

It would take half a year to reach an asteroid, based on current possible targets. The deep space propulsion system to fly such a distance isn't perfected yet. Football-field-sized solar panels would help, meaning the entire mothership complex would be fairly large. It would have to protect the space travelers from killer solar and cosmic ray bursts. And, they would need a crew capsule, maybe two, for traveling between the asteroid complex and Earth.

And all those parts - mini-spaceship, habitat/living area, crew capsule, solar arrays and propulsion system - would have to be linked together in the middle of space, assembled in a way like the International Space Station but on a smaller scale.

Beyond all those obstacles, NASA doesn't even know which asteroid would be the best place to visit.

All this has to be ready to launch by 2025 by presidential order.

"This is the big step," said Kent Joosten, chief architect of the human exploration team at Johnson Space Center. "This is out into the universe, away from Earth's gravity completely... This is really where you are doing the `Star Trek' kind of thing."

It has the dreamers of NASA both excited and anxious.

"This is a risky mission. It's a challenging mission," said NASA chief technology officer Bobby Braun. "It's the kind of mission that engineers will eat up."

This is a matter of sending "humans farther than ever before," said NASA Deputy Administrator Lori Garver. It is all a stepping stone to the dream of flying astronauts to Mars in the mid 2030s.

"I think it is THE mission NASA should embrace," said University of Tennessee aerospace professor John Muratore. "To be successful at this mission, you've got to embrace all of the technologies that you need for Mars."

But that's because NASA has not done a good job of outlining the fascinating details and explaining why it is important, said astronomer and former astronaut John Grunsfeld.

"NASA doesn't have a story right now," said Grunsfeld, deputy director at the Space Telescope Science Institute. "Exploration is nothing if not the articulation of a great story."

The story begins with why NASA would want to go to an asteroid. The agency has sent small spacecraft off to study asteroids over the years and even landed on one in 2001. Just last week, a space probe began orbiting a huge asteroid called Vesta, which lies beyond Mars.

Scientifically, an asteroid is a remnant from the birth of the solar system, offering clues about how our planetary system began. Logistically, NASA wants to go to Mars, but that is distant and more difficult. So the argument is that going to an asteroid is a better testing ground than returning to the moon.

The reason NASA Administrator Charles Bolden and others give is that this mission could save civilization. Every 100 million years or so an asteroid 6 miles wide - the type that killed off the dinosaurs- smacks Earth, said NASA Near Earth Object program manager Donald Yeomans.

If NASA can get astronauts to an asteroid, they can figure out a way of changing a potential killer's orbit. They'll experiment with the safe one they land on, Braun said.

One joke going around is that dinosaurs couldn't stop catastrophe because they didn't have a space program.

"One of the statements going to an asteroid will make is that humans are smarter than dinosaurs," Grunsfeld said.

If you are going to reroute a killer asteroid, first you have to know one is coming and where it is now. And that's also a problem for NASA's mission. Astronomers figure there are about 50,000 asteroids and comets larger than 300 feet in diameter and they only know where fewer than 1 percent of them are, Yeomans said. NASA is focusing on rocks that size or larger that would come relatively close to Earth in the 2025 time frame.

At the moment, there are only a handful of asteroid options and they all have names like 1999AO10 or 2009OS5. NASA deputy exploration chief Laurie Leshin figures NASA will have to come up with, not just more targets, but better names.

Getting to one will be even tougher.

Huge powerful rockets are needed to launch spacecraft and parts out of Earth orbit. NASA promises to announce its design idea for these rockets by the end of the summer and Congress has ordered that they be built by 2016. It will take two or three or maybe even more launches of these unnamed rockets to get all the needed parts into space.

The crew capsule is the farthest along because NASA is using the Orion crew ship it was already designing for the now dead moon mission and repurposing it for deep space. NASA has already spent $5 billion on Orion.

Once in space, the ship needs a propulsion system to get it to the asteroid. One way is to use traditional chemical propulsion, but that would require carrying lots of hard-to-store fuel and creation of a new storage system, Joosten said.

Another way is to use ion propulsion, which is efficient and requires less fuel, but it is enormously slow to rev up and gain speed. It would also require an electrical ignition source, thus the giant solar power wings.

If NASA goes to ion propulsion, the best bet would be to start the bulk of the ship on a trip to and around the moon without astronauts. That would take a while, but if no one is on it, it doesn't matter, Joosten said. Then when that ship is far from Earth, astronauts aboard Orion would dock and join the rest of the trip. By this time, the ship would have picked up sufficient speed and keep on accelerating.

Orion isn't big enough for four astronauts to live on for a year. They would need a larger space habitat, a place where they can exercise to keep from losing bone strength in zero gravity. They would need a place to store food, sleep and most importantly a storm shelter to protect them from potentially deadly and radiation-loaded solar flares.

Much of the habitat could be inflatable, launched in a lightweight form, and inflated in space. On Friday, NASA announced a competition among four universities to design potential exploration habitats.

Meanwhile NASA is pursuing its concept for a mini-spaceship exploration vehicle, about the size of a minivan. And it's planning an underwater lab for training, an effort to mimic an asteroid mission's challenges, Joosten said.

Leshin notes 2025 is not that many years away: "There's a lot of things we need to invent and build between now and then."
Posted by Mercury at 8:52 AM

To send humans to an asteroid, sounds as if it would be more complex/expensive than returning to the Moon. And even if we do, develop the tech. Because of orbital mechanics we may not be able to send people back to the same one, inorder to build up infrastructure to make use of it. For the same amount of money we could send dozens of landers and orbitors to many different asteroids. As for asteroid defection/protection, most methods discussed don't require, people on site to implement them.