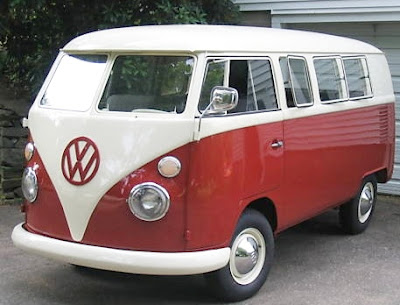 We will be dead soon, so why not?

"On the Road Again"

Los Angeles Times Magazine
To a certain generation, the Volkswagen bus was a kind of home away from your parents—a low-cost, easy-to-repair, air-cooled, exquisitely engineered—if vastly underpowered—four-cylinder recreational vehicle that allowed you to live with mom and dad but still do all those fun, counterculturey things you couldn’t do under their roof.

Produced since 1950 under the official name Transporter, these slow-moving panel vans have been called by lots of names—microbus, minibus, Vanagon. But “hippie bus” has probably stuck best. My wife, Vivian, and I operate more under the classification of “aging Gen-Xers,” so when we rolled into Costa Mesa’s Vintage Surfari Wagons, our agenda was a bit different from the early longhaired pioneers. Some 44 years removed from the Summer of Love, we were getting away from our kids.

Bill and Diane Staggs rent from a fleet of 10 restored VW buses. The most vintage is a pea green 1977 pop-top camper tricked out with the Westfalia package, meaning everything from kitchen sink to sleeping compartment. The Staggs supply flashlights, dishes, bedding, bike racks—whatever you need. “You just show up and go,” he said.

Many patrons mount surfboards on their rentals and choose a coastal sojourn. Ever the rebels, we opted to go the other way—to Joshua Tree. Save for our Rottweiler-Lab, Quincy, there would be no sentient others to feed, clothe or distract with “I Spy” games. For 36 hours, we were, like, free, man. Then Staggs broke the news: The 1986 Westfalia Vanagon with the automatic transmission we were supposed to rent wasn’t available. And I can’t drive a stick.

That was fine with Vivian, who had driven a 1969 bus all over Zimbabwe after college. Suddenly effervescent, she volunteered to do all the driving, and I saw a fresh opportunity for her to exploit one of her long-cherished talents—insult comedy. “You sit where the girl sits,” she said. Whatever, dude.

Off we went in rush-hour traffic from the 55 to the 91 to the 60 to the 10. Before long, Vivian’s smarty-pants jokes gave way to a hard reality: Her hand was beginning to hurt from all that shifting. But free of our quotidian work, home and family responsibilities, that barely even registered as a bummer.

Once we hit Riverside and finally reached escape velocity, we began to understand why these rides have graduated from mass-market popularity to global cult status. And then we started reminiscing. Vivian recalled what it was like to be 23, driving rural roads with expat friends in an old bus for which they’d all pitched in. For me, it was the distinctive rumble of the Vanagon’s 2.2-liter engine, an internal-combustion sound so ubiquitous in my youth. That growl is gone now, muffled by catalytic converters or obliterated altogether by hybrid engineering. We hadn’t even realized it disappeared.

As the winds threatened to blow us all over the road and SUVs whipped by us, we settled in, accepting arrival the way generations of VW-bus travelers had: We’d get there when we got there.

As the winds threatened to blow us all over the road and SUVs whipped by us with extreme prejudice, we settled into our journey, accepting arrival the way generations of VW-bus travelers had in decades prior: We’d get there when we got there.

For us, that would be late evening, when we nestled into a site alongside massive Airstreams, Coachmens and Winnebagos. We dined in the bus’ deceptively spacious cabin, under the romantic light of a florescent lantern, and pondered a card game. Instead, we opted to keep talking about things we no longer get to talk about, chilling the way we no longer get to chill, safe from the gusting winds. As we unwound in this old camping van, perhaps purchased decades ago by a family very much like ours, Vivian said wistfully, “What if we bought an old VW bus?”

She’s a dreamer like that, and being out in nature made those dreams more vivid. Hmmm, I’ve always wanted to restore an old car. I actually liked the idea. This could indulge a middle-aged fantasy and entertain our whole family—the proverbial win-win.

With that thought in the air, we moved on to our favorite thing about camping—sleeping under the stars. Recalling Bill Staggs’ carefully delivered lesson about levers and latches, we “popped” the top and threw pillows and blankets into the newly created perfect tent space for two. Warm desert winds were rockin’ the van, baby...and we passed out like babies.

By morning, the winds had died, so we boiled up water for instant Starbucks and breakfasted alfresco on some scrambled eggs and sausage we cooked on the van’s propane stove. But the light of day—and a quick look at Craigslist—brought a reality check to the idea of buying our own VW minivan. With worthy oldies starting around $7,000, the purchase would have to be relegated to the realm of starry dreams.

But this van was ours for the day, and the escape it promised was always as close as Orange County. We took it nice and easy for the afternoon, then handed the bus back to Staggs. “We’ll be back,” I said with a smile. 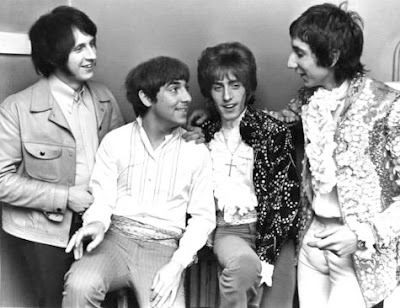 Email ThisBlogThis!Share to TwitterShare to FacebookShare to Pinterest
Labels: The Magic Bus, The Who, Volkswagen bus