Standard physics model is on the line 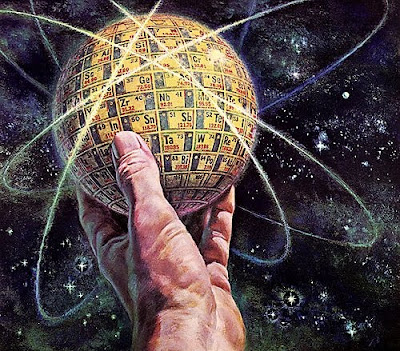 The Atlantic
The number one particle on physicists most-wanted list, the Higgs boson, has played a key role in our understanding of the universe. As first predicted in 1964, the Higgs is theorized to be responsible for giving all other particles mass. Only one problem: no one's ever glimpsed one in any experiment ever. And we've been looking. The reason we run high-energy particle collisions is that all kinds of exotic particles can be found in the rubble. Or, more properly, the signatures of their decay into more prosaic subatomic bits can be detected.

Scientists at Fermilab's Tevatron particle collider have been looking for a long, long time -- and they've made significant strides in recent years in constraining the possible attributes of the elusive particle. But the Tevatron doesn't appear to create high enough energy collisions to find the Higgs.

Now, though, CERN's new atom smasher, the Large Hadron Collider, has provided what a physicist called a "tantalizing" hint of precisely where the Higgs may be. In fact, "within months" we should have enough data to know for sure where the Higgs is... if it actually exists.

And that's really the most fascinating possibility. If scientists can't find the Higgs even at LHC energies, then the entire model of standard physics will have to be rethought. And there's nothing better in physics than experimental data ruining the theory.

International Business Times
Within two days of each other, European and American teams of scientists have reported early indications of the elusive Higgs boson "God" particle, the missing link in science's Standard Model theory of particle physics.

Scientists at the Large Hadron Collider at Cern have indicated that they may have made the first steps to discover the mysterious Higgs boson '"God'" particle. The discovery was made when the two teams monitoring the centres two colliders detected unusual bumps in the 120 and 140GeV (gigaelectronvolts) spectrum.

The mysterious Higgs boson is the the missing particle in science's Standard Model theory of particle physics. If discovered, the particle's existence would prove current scientists understanding of why certain elements have mass while others, like light, do not.

The scientists quickly noted that the bump could indicate the existence of the ellusive particle, which is thought to exist between the 114 and 185GeV spectrum.

The research was carried out at the custom built 18-mile tunnel on the French Swiss-border by the Atlas and CMS research teams. The tunnel was built to allow researchers to search for new physics particles and behaviours by slamming subatomic particles together at near light-speed.

The scientists were quick to point out that it is too early to confirm whether the data bump could definitely be attributed to the Higgs particle. Statistical fluctuations, flaws in computer data and human error could all offer alternative explanations for the bump.

The lab has its own $10 billion collider named Tevatron. Like the European teams, the U.S. scientists made the discovery by firing protons and antiprotons down multi-mile long tunnels to create high energy collisions.

Like the European teams the Femilab scientists detected similar but "weaker" bumps in their data, indicating the presence of the ellusive particle.

Unfortunately, also like the European Teams, the U.S. team was quick to point out that it was too early to tell whether the data definitively showed the Higgs boson in action. The team pointed out that after the data was further examined it may well point to an alternative explanation.

The particle's existence was first theorised by Edinburgh University physicist Peter Higgs in 1964. Higgs theorized that certain particles actually gained mass via an invisible field present throughout the universe.
Posted by Mercury at 11:38 AM