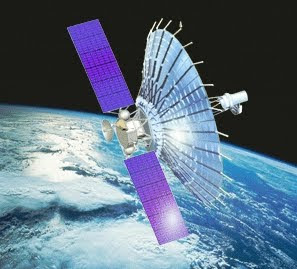 See, there is life after shuttles.

The Spektr-R, a space telescope that was put in orbit Monday, is just one of the ways the Russian space program is getting back on track.

The Christian Science Monitor
Russian scientists are jubilant at news that the Spektr-R, a powerful space telescope conceived in the depths of the cold war, was finally lofted into orbit aboard a Zenit rocket Monday from the Baikonur Cosmodrome in Kazakhstan.

Once it is fully operational, the new radio telescope will sync up with ground-based observatories to form the biggest telescope ever built. It will be known as RadioAstron, with a "dish" spanning 30 times the Earth's diameter. Experts say it will be able to deliver images from the remote corners of the universe at 10,000 times the resolution of the US Hubble Space Telescope.

"We've been waiting for this day for such a long time," says Nikolai Podorvanyuk, a researcher at the official Institute of Astronomy in Moscow.

"It's been planned since the 1980s, but has repeatedly fallen through for a variety of reasons. But now it's here, and we're bracing for all the new information it's going to deliver, especially about black holes," he says.

The space-based component is actually a small radio telescope, with a 10-meter dish that's far smaller than Earth-based radio telescopes, planted in an elliptical orbit about 340,000 kilometers (more than 212,000 miles) from Earth. But when its signals are combined with those of ground-based radio telescopes through a process known as interferometry, it effectively becomes one single telescope with a "dish" as large as the distance between its components, which will be able to deliver unprecedented pictures of mysterious cosmic phenomenon, such as quasars, pulsars, and supernovae.

According to its co-designer, Russian astrophysicist Nikolai Kardashev, one of RadioAstron's key objectives will be to seek out the truth about black holes, which are intense concentrations of matter thought to exist in the centers of most galaxies with gravity so powerful they even swallow up light signals.

"Building this telescope was Academician Kardashev's idea," to enable us to actually see what's happening around the edges of black holes, says Vladimir Fortov, director of the official Institute of Thermophysics in Moscow.

"This is going to open up a whole new era in astronomy and astrophysics," he says. "It's a huge contribution to world science. Russia has held advanced positions traditionally, and this is a logical next step for our space program. It's just great."

Scientists from more than 20 countries will participate in RadioAstron's five-year mission, according to the Russian Space Agency.

Russia's space program fell on hard times after the collapse of the USSR 20 years ago, and even a few years ago appeared to be little more than a "space taxi" to ferry astronauts to and from the International Space Station.

But with increased funding and improving morale, Russian space scientists now have a variety of ambitious projects on the agenda. They include a manned mission to Mars by 2030, a space plane to rival the US X-37B, and a nuclear-powered spacepod that could gobble up space junk like an orbiting Pac-Man.

Despite some very serious recent setbacks, Russia's answer to the US Global Positioning System (GPS) navigational network, Glonass, is slated to be fully operational by the end of this year. In November, Russia will finally launch its long-awaited Phobos-Grunt probe, which aims to bring home a soil sample from the Martian moon Phobos.

And with the end of the US space shuttle program, even Russia's traditional space niche of powerful rocket launchers and venerable Soyuz space vehicles is set to become the only game in town.

"Russia is returning to scientific programs in space after a long break," Vladimir Popovkin, chief of the Russian space agency Roskosmos, was quoted as saying by the official Itar-TASS agency Monday.

But despite all this good news, some space experts strike a cautionary note.

"The old problems of Russian space industries are still with us: low productivity and lack of technical discipline," says independent expert Andrei Ionin. "There could be lots of problems in future.

"Still, this is a great moment. Our people can raise their heads and be proud," he adds.

Spektr-R [Wikipedia]
Posted by Mercury at 8:05 AM