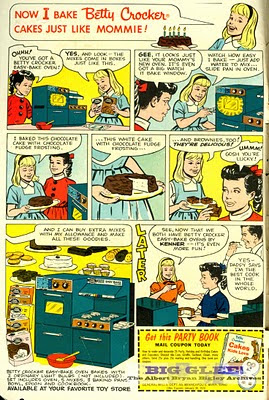 For the most part, for-profit educational institutions make huge promises, take your money, and give nothing. I have been good friends with a chef and restaurant owners and they say it is more than bending over a hot stove. The restaurant business is a tough business and demands 24 hour involvement. Sometimes the glamor isn't there.

Time
The idea of becoming a gourmet chef and maybe even owning your own restaurant someday is one of those enduring fantasies that percolates through each generation. And today, with the popularity of star-making competition shows like Bravo's Top Chef and Food Network's Iron Chef the concept of cooking your way to a new career is even more alluring. So perhaps it's no surprise then that the bottom lines of for-profit education companies in the business of selling those chef's hat dreams are soaring.

As the economy continues to limp along, the drive to get a leg up in competitive fields like gourmet cooking is only increasing. Overall enrollment at for-profit trade schools, which includes culinary schools, has expanded by about 20% a year for the past two years, according to the Association of Private Sector Colleges and Universities. For example, one company, the Career Education Corporation which operates 17 culinary schools nationwide has seen their enrollment increase by more than 46% since 2008, according to company spokesman Mark Spencer.

And the students flocking to attend culinary schools are paying pretty penny. According to data recently released by the Department of Education, tuition at a culinary school can run students upward of $30,000. For example, the Le Cordon Bleu (LCB) branch in Orlando charges $35,130 for its 21-month associates degree in Culinary Arts. Thanks in part to that hefty price tag, LCB's parent company, the aforementioned Career Education Corporation, has seen their profits balloon. Last year the company reported a revenue of $1.84 billion, a 63% increase from 2007.

But the numbers aren't as good for students at culinary schools. Many enroll sold on the idea of being a chef, but wake up to the harsh reality of low-paying line cook jobs and mountains of debt upon graduation. About 800 current and former students are involved in a class action lawsuit in California that alleges the Le Cordon Bleu branch in Pasadena, formerly called the California School of Culinary Arts, "falsely led students to believe they would be able to obtain employment as chefs after graduation — and make a chef's salary thereby enabling them to pay off their loans within a reasonable period of time," according to Michael Louis Kelly, an attorney representing the students.

One of those students, Daniel Vasquez, says he has had difficulty finding work other than as a line cook — a lower paying job that he likely could have gotten without having footed the bill to attend culinary school. Vasquez became interested in the culinary institute after seeing a commercial on TV which he says led him to believe that if he went to the school he would become a chef. When he enrolled in 2005, he says he was told by an admissions officer that it would be "easy" for him to obtain a job as a Sous Chef (an apprentice chef) upon graduation where he could expect to start at $18/hour. Vasquez was so convinced that he took out $65,018 in loans to cover the tuition for the 18-month program ($45,148) as well as associated fees, supplies, his uniform and living expenses.

In the years since graduation, Vasquez, for the most part, has been unable to find culinary jobs that pay more than $10-12 an hour and as a result has been unable to make payments on his loans. And while the school changed its recruitment materials nationwide in July 2009 to make it clear students cannot expect to be chefs upon graduation — it now lists more realistic post-graduation career opportunities — that's cold comfort to Vasquez who is now nearly $80,000 in debt. "I'm not sure I will ever be able to pay it off," Vasquez told TIME. "I never would have borrowed the money if I knew I wouldn't be able to repay it. I went to this school so I could be ahead, jump start my future, but now, who knows."

That's the problem, says Eric Greenspan, rising Food Network star and head chef and owner of The Foundry on Melrose, a high-end restaurant in Los Angeles. He thinks students enroll in the programs hoping to skip to the head of the pack, only to find out that they still have to start on the bottom rung of the ladder. In entry level cooking jobs like a line cook or working with a caterer, a typical starting wage is $9-10/hour, Greenspan says. "These kids are paying law school prices and [culinary schools] are training them for minimum wage jobs," he adds. While instead, he says, students would be better off getting their foot in the door with a chef they admire and working very hard to climb their way to the top. "How do rock stars become famous? They work hard. They don't go to guitar schools," he says.

That argument taps into the perennial debate over the usefulness of higher education — whether creative careers like cooking, fashion design or even journalism are best learned by going to school or if it is best to get your foot in the door and learn on the job. One of the largest benefits of going to school is to make connections to people in the field. That was true for Jim Hanson, who graduated from Le Cordon Bleu's Minneapolis branch nine months ago. He says the $34,000 or so he paid for his associates degree in baking and pastry arts was worth the cost, even though he had to take out student loans, in large part because the school connected him to his current employer. While working as a student worker at the school while he attended classes, Hanson was introduced to the owner of Chez Arnaud, a French bakery in Minneapolis, where he now works as the head baker (and recently won a local award for "Best Baguette"). "It was all worth it," he told TIME. "Without [Le Cordon Bleu], I wouldn't have gotten anywhere near this job." Hanson, who estimates that he will be able to pay off his student loans in 5 to 10 years, said the cost of the program was intimidating at first since he would "be paying for this for a while," but ultimately he decided it was a financial risk he was willing to take. "This was an investment I wanted to make for myself," he says.

And it's true that the onus is on the students to make sure that their aspirations are realistic in relation to their budgets and their local job market. "Students are always making an informed decision and should fully understand what is involved," says Brian Moran, the interim president of the Association of Private Sector Colleges and Universities, a group that represents for-profit schools nationwide. "If they are taking loans they need to understand their responsibilities — the total picture."

But as Greenspan notes, culinary schools do a very good job of tapping into the psyche of wannabe chefs. "Culinary schools sell people on their love of cooking," he says. "They're selling the dream." Indeed, a recent advertisement on Google for the Arizona Culinary Institute a private, for-profit culinary school that charges $25,990 for its nine month program, read: "Ready to follow your dream?" But if the number of competitors on Top Chef and The Next Iron Chef has proven anything, it's that while there are a lot of people who want to be chefs, far fewer see those dreams come true.
Posted by Mercury at 7:23 AM