Blind or visually impaired at a chemistry camp 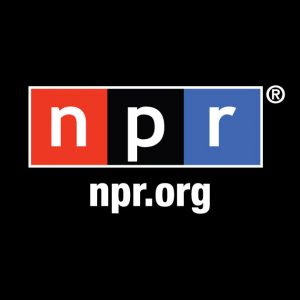 NPR
For some kids, summer camp season means crafts, campfires and sunshine. For teenagers at one Northern California camp, the focus is chemistry.

At Camp Enchanted Hills, about 40 miles north of Napa, the students have something else in common beyond an interest in science: They're all blind or visually impaired. The camp is a rare chance for the kids to compare notes on what it's like to be blind in a sighted world.

Enchanted Hills is owned by Lighthouse for the Blind, a San Francisco nonprofit; the National Federation of the Blind is one of its sponsors.

For camper Mary Church, 17, it's one of the very few times in her life she's spent surrounded by other blind people.

"They're not, like, afraid to talk to me like some of the kids at school are," Mary says. "We just talk about anything, like interests and stuff, instead of how I'm just so different and how I'm just so amazing."

Blind students hear a lot of stories about how inspirational they are. But Mary wants something else: the opportunity to learn the same things sighted students learn and to use the tools that make that possible.

And that is the point of chemistry camp.

Hoby Wedler, a Ph.D student in chemistry at University of California, Davis, leads the camp. Wedler says in high school, his teacher told him that because he's blind, chemistry wasn't something he could pursue. Without sight, how would he know when chemical reactions were taking place? But then he realized that a lot of lab experiments can be done through touch or smell.

"Each group member take a few whiffs and notice the smell changing," he tells campers.

Ultimately, says Wedler, chemistry is something you do with your brain.

"Nobody can see atoms, and honestly most reactions in higher-level chemistry are clear, so there's no reason you can't think about chemistry," Wedler says.

Where To Go Next

Camper Jimmy Cong, a high school sophomore, holds a fan behind a test tube so that its fumes drift toward him.

Like Mary, Jimmy is also the only visually impaired student at his high school, but it doesn't seem to faze him. He's the kind of blind person who thinks it's funny when he realizes that he's been talking to an empty chair. Academically, he's a bit of an overachiever.

Jimmy is probably exactly the kind of kid lawmakers had in mind back in 1975, when Congress passed the Individuals with Disabilities Education Act. IDEA, as the law is known, says that disabled students should be able to go to the same public schools as other kids. Jimmy is really at ease in the classroom, even a bit of a ham.

But mainstreaming hasn't worked out for everyone. For Mary, school is a constant struggle. Textbooks aren't available in Braille when she needs them. When people try to help her, sometimes their efforts end up making her feel even more isolated. It's gotten to the point where Mary isn't sure if she wants to go back to school for her senior year at all.

"I just want someone to come down, from like heaven or something, and make the decision for me," she says. "Just tell me where I should go next."

This issue of passivity, of giving up, is a very real threat for blind people, a group where unemployment hovers near 70 percent. So chemistry camp isn't just about getting a boost in science; it's about learning to pick your battles.

'The Way The World Works'

Away from the other students, Mary sits next to Jimmy, who's strumming a guitar. He wants to give her some advice.

"Not trying to sound like a jerk, but, you just gotta deal with it," he says. "I don't really know what to say, it's just hard. I don't know."

Mary says she knows, she's learning. "You can't take all of everything people say to heart because sometimes people don't really mean what they say," she says. "Unfortunately, it's just the way the world works."

It's a hard lesson for anyone, blind or sighted.

Back in the classroom, the students are going through a lesson about how acids and bases interact. Mary has been pretty quiet until now but when a question is posed to campers, she quickly figures it out in her head.

And it turns out, her answer is right.

Later at home, Mary says she's feeling better — more confident — about school. And she says she'll definitely make it to graduation.
Posted by Mercury at 5:28 AM