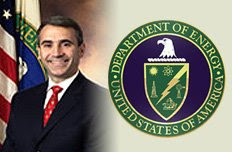 What appears to be the delay in securing a new NASA Administrator? Latest contender is Steve Isakowitz.

The administration has given no indication when the president will nominate his selection for the top job at NASA, but there are suggestions that it could be coming soon. All candidates are undergoing careful White House vetting and scrutiny. The eventual nominee will have to be confirmed by the U.S. Senate.

The names of Gration, Bolden and Lyles have been floated around Washington and NASA centers for several weeks now. All have been met by and large with a luke warm response. Bolden is being strongly backed by Florida’s Democratic Senator Bill Nelson and some key players at Johnson Space Center in Houston. Gration was a key adviser to Obama during the campaign and did deal with space matters during the long march to the White House. Lyles is currently a member of the NASA Advisory Committee and is popular among some agency backers.

But the frontrunner, at least for now, appears to be Isakowitz.

He was sworn in as the Energy Department’s CFO on June 1, 2007, after being unanimously confirmed by the Senate. Prior to that he has distinguished career serving at the Office of Management and Budget, the CIA and NASA. At NASA he was Deputy Chief Financial Officer and Comptroller, and Deputy Associate Administrator in charge of major space exploration programs. An engineer, he used to work for Lockheed Martin.

His experience and reputation, and the fact that he is proven to be confirmable by the Senate appears to have put him at the front of the pack. He also looks like he may be winning support from key players in Congress, including, Maryland's powerful Democratic Sen. Barbara Mikulski.

Neither Mikulski not Isakowitz could be immediately reached for comment for this blog post. However, several administration insiders and industry players are saying that Isakowitz is the current favorite.

It is not known what his views are on key issues facing the agency such as the viability of NASA's current moon rocket designs, keeping the space shuttle flying longer or human vs. robotic missions.

Politics of a NASA successor
Posted by Mercury at 6:52 AM