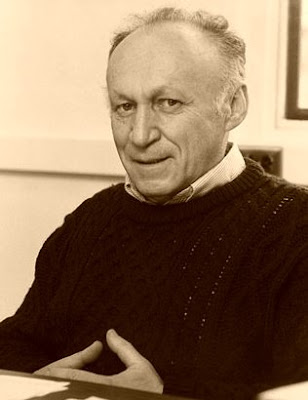 The New York Times
Ilya Piatetski-Shapiro, whose outstanding mathematical contributions stretched over a long career despite hardships as a Jew in the Soviet Union and later the debilitating effects of Parkinson’s disease, died Feb. 21 in Tel Aviv. He was 79.

His death was announced last week by Yale University, where he was a professor of mathematics.

Working with James W. Cogdell, his main collaborator over a quarter-century, starting in the mid-1970s, Dr. Piatetski-Shapiro shaped a proof of what is known as the Converse Theorem, which finds some deep relationships between different fields of mathematics.

The mathematical constructs are "quite mysterious, even to mathematicians," Dr. Cogdell explained in an interview this week. But the theorem has wide applications, including playing a small but important role in the proof of Fermat's Last Theorem that Andrew Wiles, a Princeton mathematician, completed in 1994.

"It's a very powerful tool," said Peter C. Sarnak, a professor of mathematics at Princeton. "He made sure it's in a form everyone can use it."

Born in Moscow, Ilya Piatetski-Shapiro became interested in mathematics when he was 10. In a memoir, he said that when he learned about negative numbers from his father, a chemical engineer, he was struck "by the charm and unusual beauty" of the concept.

After completing his undergraduate degree in 1951 at Moscow University, he wanted to continue there for his graduate studies. Despite the strong recommendation of Alexander O. Gelfond, a prominent mathematician and member of the Communist Party, the application was rejected.

"That was a time of great anti-Semitism," said Dr. Piatetski-Shapiro's son, Gregory.

Through Gelfond's efforts, he was admitted to the Moscow Pedagogical Institute. But in 1952, he received a letter from government officials ordering him to go to Kazakhstan to teach high school. His parents, fearing that he might be sent to Stalin’s labor camps if he refused, told him to go, but he decided not to. After about a year, another letter informed him he did not have to report for the teaching assignment.

During this time, he produced a proof that asserts that certain sequences of integers defined through the power function contain an infinite number of prime numbers. "It was rather unexpected," Dr. Sarnak said.

Dr. Piatetski-Shapiro received his doctorate in 1954.

In 1958, he became a professor of mathematics at the Moscow Institute of Applied Mathematics, and in 1965, he gained an additional professorship at Moscow State University.

Except for a short trip to Hungary, Dr. Piatetski-Shapiro was not allowed to leave the Soviet Union. The authorities told him that he would be free to travel if he joined the Communist Party.

He responded that party membership would distract him from his work.

In the early 1970s, the Soviet Union let more Jews emigrate to Israel, including Dr. Piatetski-Shapiro’s first wife, Inna, whom he had divorced, and his son. As a result, he was fired from his Moscow State University professorship. In 1974, he also applied for an exit visa, but was denied. He lost his job at the Institute of Applied Mathematics, and even his access to mathematical libraries.

In 1976, Dr. Piatetski-Shapiro finally received an exit visa. That broke up his second marriage, as his wife remained in Moscow.

Starting in 1977, he divided his time as a professor between Tel Aviv University and Yale.

Dr. Cogdell, now a professor at Ohio State, recalled that he thought he had found the solutions.

Dr. Piatetski-Shapiro is survived by his wife, Edith Piatetski-Shapiro, who lives in New Haven and Tel Aviv; his son, Gregory, of Brookline, Mass.; a daughter, Shelly Shapiro of New York City; a stepdaughter, Niki Lipkin of Tel Aviv; and two grandsons.

As the Parkinson's worsened, Dr. Piatetski-Shapiro relied on others to record notes and he had more trouble talking. In 1992, he decided to stop traveling, but a year or two later, he changed his mind. "He missed all of the contact and finally decided he wouldn't feel better if he traveled or not," Dr. Cogdell said.

His third wife, Edith, a mathematician he had met in Israel, and others helped him walk. His speech fell to a whisper and often he could not talk at all.

One of the highest honors in mathematics is to be invited to lecture at the International Congress of Mathematics, held only once every four years, and Dr. Piatetski-Shapiro was invited to speak four times, in 1962, 1966, 1978 and 2002, when he was in his 70s and still "knocking off well-known, longstanding problems," said Dr. Sarnak, the professor at Princeton.

Dr. Piatetski-Shapiro was able to deliver the lecture in person only once, in 1978, after he had immigrated to Israel. For the first two invitations, the Soviet Union did not allow him to leave the country and colleagues delivered his speeches for him; the last time, he was too tired to attend, and the address was delivered by Dr. Cogdell.

Ilya Piatetski-Shapiro
Posted by Mercury at 6:35 AM