Ah, a Lewis Carroll contest. Unfortunately, it appears that it is limited to USC students.

"Spirit of Lewis Carroll lives on in contest"

The Daily Trojan
Beneath the herds of stressed and anxious students hunched over texts and computers for hours on end lies a secret treasure. On the basement level of Doheny Library, within a tomblike silence, is an enormous, lifesize chess set.

After immediately stumbling upon the huge chess pieces set on the checkered floor, one quickly realizes that the set is only an accessory of Doheny Library's current exhibition, "Callooh! Callay! A Brillig Look at the USC Libraries' Wonderland Award."

The chess set then makes sense in Carroll's playful context.

USC's Wonderland Award is an annual award and contest held each spring and is open to all students. Sponsored by Linda Cassady, the award is "an annual multidisciplinary competition that encourages new scholarship and creative work related to Lewis Carroll," according to the website.

A fairly new award, the current exhibit in Doheny commemorates Wonderland's fifth anniversary. Surrounding the gigantic chess set, two columns stand on opposite sides of the exhibit and are decorated with Carroll's riddles, poems, and logic and math problems, sprinkling patrons with Carroll's own intellectual spontaneity.

Known for his "Alice's Adventures in Wonderland" and "Through the Looking Glass," Carroll was also a mathematician, photographer, logician and poet. So much more than Disney's popular film adaptation of "Alice in Wonderland," Carroll's original work today presents students with a surplus of avenues to explore.

With Carroll as inspiration, the award began five years ago to highlight Doheny's own Lewis Carroll Collection. Held in the special collections, the room features original letters and works from Carroll's life.

"The award grew out of the desire to have the collection known and used by students, and to stimulate interest in Carroll," said Linda Cassady, who is the sponsor of the award and whose husband donated the original collection to USC.

Since its inception, each year more and more students have contributed pieces to the award, which promises a $2,000 first prize and $1,500 second prize. Entries from virtually any medium are accepted; past entries have varied from poems and short stories to art installations, full-length screenplays to photography collages and digital compositions.

"It is so hard to choose winners, but the judges try to get a balance every year," said Tyson Gaskill, the Director of Programming for the USC libraries. Tyson has been involved with the award since its beginning and has even judged the contest in the past.

In fact, the exhibit under Doheny Library showcases a variety of past winners and entries that highlight the facets of Carroll not only as an artist but also as a man. Within the exhibit is an art installation entitled "Irrationali-tea Set," a play on the Mad Hatter's Tea Party. The piece is a full tea set, each cup uniquely twisted. Conversely, other entries focus on Carroll himself, still somewhat of a mystery to scholars today. One such entry in the Doheny exhibit is titled "An imagining of the Desk of Lewis Carroll," an art installation that showcases what Carroll's cluttered desk might have looked like 150 years ago.

Entries like these make the Wonderland Award unique to USC, giving all students, regardless of major, an opportunity to create art in any medium, all centered around Carroll’s playful constructions.

"Carroll presents language in new and different ways. His play with language is innocent and lends itself to this fun arduous pursuit," said Jonathan Hamrick, a graduate student studyingEnglish who has entered the contest twice and won awards both times.

Indeed, students haven taken quickly to Carroll's silly language, and entries are received every year from students across a variety of majors, including biology, creative writing, theatre and art.

"By starting the award, we wanted to get those creative juices flowing. This has been bigger than what I ever thought. We wanted to let kids work on something outside their area of focus," said Cassady.

With a dark rabbit hole as a jumping-off point for creative exploration, the Wonderland Award brings Carroll's lighthearted language and baffling intellect to USC students, producing a full pallette of works Carroll himself would be proud of.

Entries are due April 1 for the Wonderland Award.

San Francisco pediatrician George Cassady loved the "Alice in Wonderland" books so much that he read them to his sons at bedtime and incorporated "Alice" quotes into his lectures at medical conferences. In 2000 he gave his extensive collection of vintage books and spin-off items to USC his alma mater, along with $100,000 to create an "Alice" symposium with the Huntington Library in 2006 and a promise to keep adding to the book collection. Already some 1,000 items are in the collection, which includes first editions of the 1865-66 Alice's Adventures and its sequel Through the Looking Glass. In addition to these and a facsimile of the manuscript, there are "Alices" in other languages and from many decades as the original black-and-white etchings gave way to color and to modern printing extravagances inspired by animation techniques. Stage adaptations, film versions, Victorian-era playing cards and pop-up books for the very young are included in the collection. Some illustrators are famous in their own right, like Salvador Dali, Barry Moser and Ralph Steadman. Critical works on Lewis Carroll are included, as well as collector’s editions of Carroll’s other books. 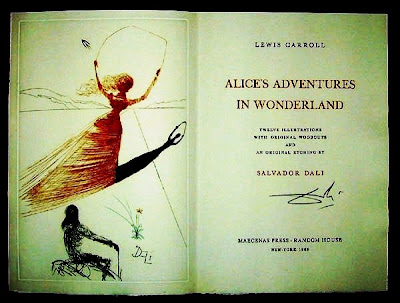 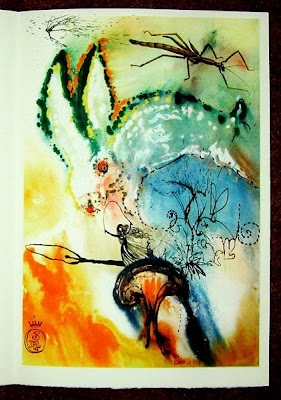 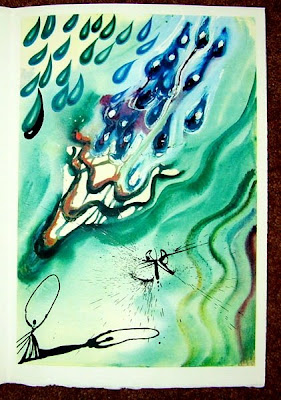 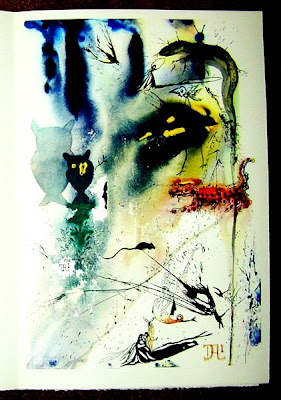 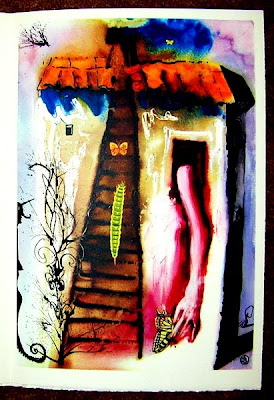 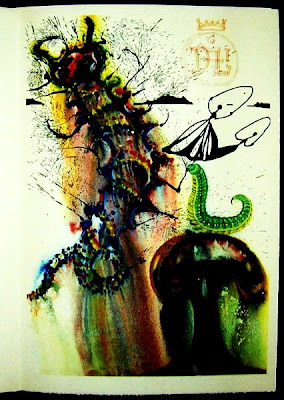 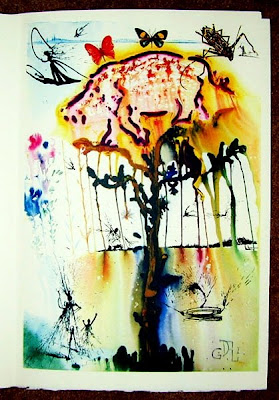 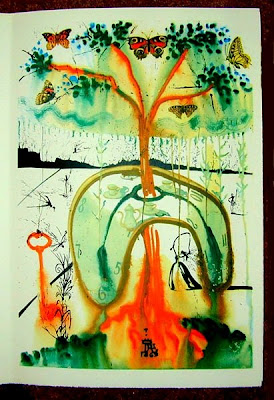 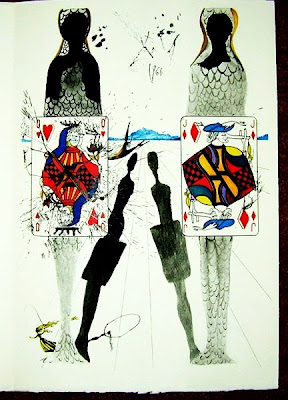 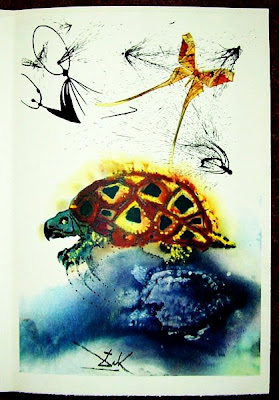 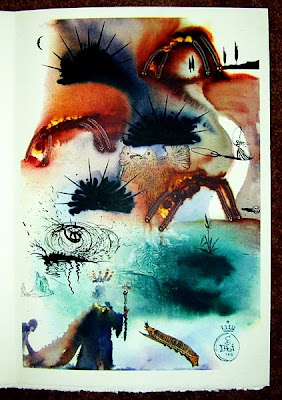 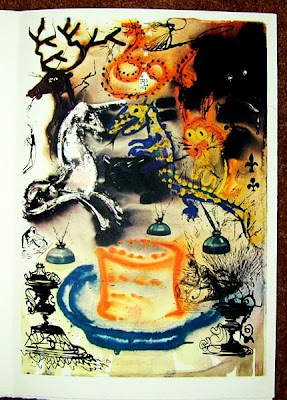 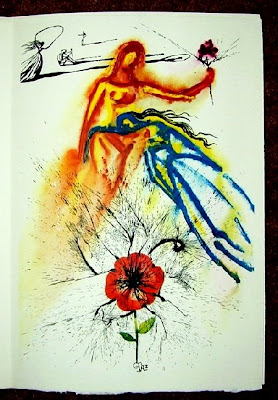