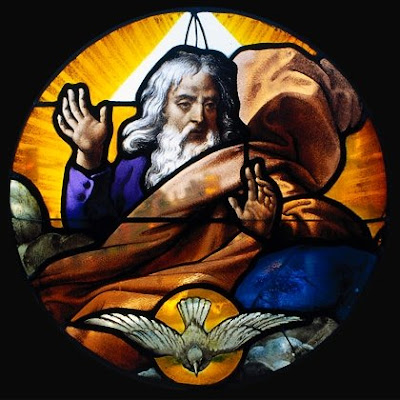 Only a mother of a physicist could love this? The stalled and patient participants are fighting for supremacy in the discovery of the Higgs Boson [God Particle].

NEWSWEEK
Investors aren't the only ones feeling a pit in their stomachs lately. Physicists at the world's biggest particle accelerator, the Large Hadron Collider in Geneva, are seeing their dreams of Nobel Prizes go down the drain along with the Dow. The collider was sold to the European public as the best chance of discovering a piece of subatomic debris so important to our understanding of the universe that it's been dubbed the "God Particle." Less than a month after scientists flipped the switch on the new machine back in September, however, it broke down. Repairs will take a year.

The wait itself isn't so bad—particle physicists are used to biding their time while technicians fix their big, delicate machines. Now, though, a U.S. rival seems to have exploited the lull by staging a last-minute comeback, threatening to leapfrog the Europeans to the prize. This week scientists at Fermilab in Batavia, Illinois, will announce new data that not only narrows the gap between them and the coveted God Particle, but also suggests that the LHC may not be particularly well placed to make the discovery at all. The finding is a public-relations blow to the LHC and tarnishes Europe's newly burnished image as a leader in Big Science.

The problem is partly of the physicists' own making. The LHC, completed last year at a cost of €3 billion, triggered an American-style media blitz. The BBC devoted an entire day of radio programs to the project. The world's press ran headlines like "Mankind's Greatest Experiment," "Hunt Begins for Secrets of the Universe" and "The Shot Heard Round the Universe." (NEWSWEEK put the collider on its cover, too.) One account described the LHC itself as the "God Machine."

Perhaps the biggest mistake was in creating such high expectations for what is only one of many goals, though arguably the most important: to discover the Higgs boson (a.k.a. the God Particle). Whether the Higgs exists goes to the heart of particle physics—if there's no Higgs, the "standard model" of the universe that physicists have been honing for a half century would need major revision. Finding out entails sending protons around a magnetic racetrack and then smashing them into one another at high energies. The LHC, the argument went, is the only machine big enough to reach the energies needed to make the Higgs (if it exists) appear.

The only problem with that story is that it might not be entirely true. The standard model predicts that the Higgs will fall within a range of energies—from 114 giga-electron-volts to 185 GeV. The LHC is, without question, master of the upper portion of that range. Using it to hunt the Higgs at the lower energies, however, would be like shooting quail with a cruise missile. Fermilab's smaller Tevatron collider, it turns out, may be better suited. The Higgs, the new Fermilab data show, does not exist for a portion of the upper range, putting it in the Tevatron's cross hairs and suggesting that the LHC may be more peripheral to the search than previously thought. "We've made their jobs a little bit harder," says Fermilab physicist Dmitry Denisov, "because we've excluded the region they're good at."

European scientists are putting a brave face on the news. They emphasize all the other things the LHC is expected to do, such as uncovering evidence of higher dimensions and the mysterious "dark matter" thought to make up 70 percent of the universe. "Seeing the Higgs boson is really a small part of the game," says Sergio Bertolucci, the LHC's director of research and computing. If the Higgs turns out not to exist, LHC data will help in figuring out why not. If Americans are first to find the Higgs, the LHC will help confirm the discovery and embellish it with detail.

Fermilab scientists, in their magnanimity, are eager to agree. "We could not compete with LHC," says Denisov. "Our detectors aren't as modern or complex as LHC's. But to be able to reach this unexplored region of the universe first is, of course, creating a lot of excitement." The findings come as a much-needed morale boost in Batavia. The Bush administration had cut Fermilab's budget, creating a brain drain to Geneva. Now the lab's 900 scientists have begun to feel young again. Cars can be seen in the parking lots on Saturday nights as researchers pore over experimental data. In the past four months, 30 new Ph.D. students have signed on to help with the research—an increase of 25 percent. "That really helps us," says Denisov.

Missing the Higgs boson would be a setback not only to the LHC, but it also might lower Europe's appetite for big, expensive scientific projects that don't have direct relevance to pressing problems like climate change. For the time being, of course, the poor economy has turned all spending into stimulus. When the crisis settles and the bills come due, however, the physicists in Geneva might want to have some dark matter or a few extra dimensions to show for their efforts.
Posted by Mercury at 11:34 AM