Liberal education may be dying 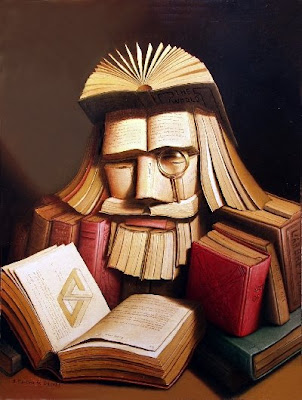 Indeed. I have seen the erosion of a liberal education starting many years ago.

USA TODAY
WASHINGTON--If someone told you that kids need to think critically and creatively, be technologically savvy and work well with others, you'd nod in agreement, right?

At least 10 states have committed to helping students develop these "21st-century skills" in schools, the workplace and beyond. Most recently, officials in Massachusetts committed to working with the Arizona-based Partnership for 21st Century Skills, or P21, the movement's main advocacy group.

But a small group of outspoken education scholars is challenging that assumption, saying the push for 21st-century skills is taking a dangerous bite out of precious classroom time that could be better spent learning deep, essential content. For the first time since the P21 push began five years ago, they're pushing back. In a forum here last week sponsored by Common Core, a non-profit group that promotes "a full core curriculum," they squared off with education consultant Ken Kay, co-founder of the P21 movement.

"It's an ineffectual use of school time," says E.D. Hirsch Jr., founder of the Core Knowledge Foundation and author of a series of books on what students should learn year-by-year in school. He calls the P21 movement "a fragmented approach with uncertain cognitive goals" that could most profoundly hurt disadvantaged children: At home, he says, they don't get as much background as middle-class students in history, science, literature and the like.

Core Knowledge holds that an explicit, grade-by-grade "core of common learning" is necessary for a good education. So, for instance, when fifth-graders learn about Galileo's role in astronomy, they study Italian history and geography as well.

Kay calls criticisms by Hirsch and others "a sideshow that distracts people from the issue at hand: that our kids need world-class skills and world-class content."

Kay notes that virtually all of the industrialized countries the USA is competing with "are pursuing both content and skills."

His seven-year effort has earned enviable support - not only from lawmakers and policy wonks but also from a wide range of corporate backers. His non-profit board of directors boasts members from Intel, Apple, Dell, Adobe, Microsoft, Hewlett-Packard and Cisco Systems, among others, and recent IRS filings show more than $1 million in revenue.

In November, a Massachusetts task force concluded that straight academic content "is no longer enough" to help students compete: It urged state education commissioner Mitchell Chester to add 21st-century skills to curriculum guides and teacher training. That drew a rebuke from The Boston Globe, which editorialized last week that it's "not clear that the approach can be implemented without de-emphasizing academic content."

At its heart, say Hirsch and others, the conflict is about what should happen in a school day: Do kids learn to think by reading great literature, doing difficult math and learning history, philosophy and science? Or can they tackle those subjects on their own if schools simply teach them to problem-solve, communicate, use technology and think creatively?

If you pursue the latter, says University of Virginia cognitive psychologist Daniel Willingham, the rich content you're after inevitably "falls by the wayside." While kids may enjoy working together on projects, for instance, the amount of knowledge they get often ends up being shallow. Furthermore, he says, research shows that many teachers find it difficult to actually teach children to think creatively or collaborate. In the end, they rarely get better at the very skills that P21 advocates.

"If we want our kids to learn how to be better collaborators, we're going to need to teach that," says Willingham, author of the new book Why Don't Students Like School?.

Kay says P21 critics miss the point, offering "a false choice" that won't help U.S. students. He says he hopes to work with critics on incorporating both thinking skills and content into future P21 work.

"We need kids who don't just do what they're told but who are self-directed," he says.