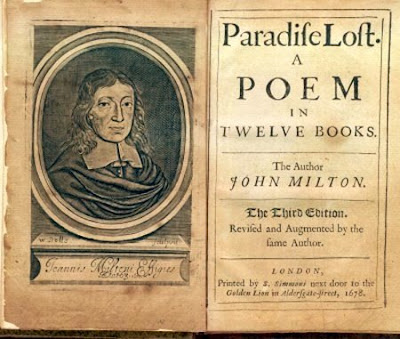 1608-1674
"A broad and ample road, whose dust is gold,
And pavement stars,-as stars to thee appear
Seen in the galaxy, that milky way
Which nightly as a circling zone thou seest
Powder’d with stars." 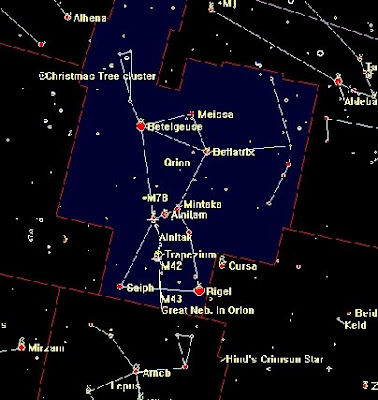 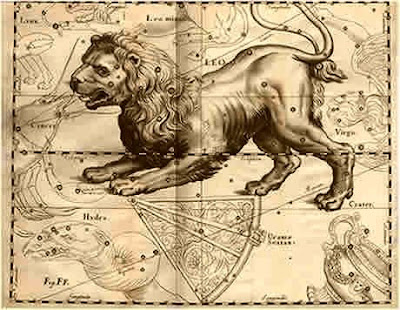 Do you use a star chart and can you find and name the constellations easily?

I'll grant that looking at the night sky can be intimidating--totally lost among the twinkling stars that look random but, with guidance, perserverence, and a good sky chart, finding the constellations is not that difficult. And there is some cool mythology at play too.

"Find the Felines: Cats in the Night Sky"

space.com
Not too many people are aware of the term "Cat Nights," which goes back to the days when people believed in witches. Old Irish legends have it that a witch could turn herself into a black cat eight times, but on the ninth time she couldn't change back. Supposedly, this is where we get the saying, "A cat has nine lives."

In our current evening sky, there are several members of the cat family that ride high overhead and toward the south as darkness falls.

As the winter stars begin to depart in the west this first full month of spring, the ancient Lion - Leo - dominates high in the southern sky. Leo is among the most ancient of the constellations, with a backward-question mark curve of six stars in the creature's head appearing to form a large stellar Sickle.

Blue-white Regulus is the brightest of these at the end of the Sickle's handle yet the faintest of the 21 stars in the first-magnitude category. Regulus is 69 light-years away, and has luminosity 110 times that of our Sun. Copernicus has been credited with giving the star its Latin name, a diminutive of Rex, or "king" which may relate to the four "royal stars" (with Aldebaran, Antares and Fomalhaut) about 90 degrees apart on the sky.

As the brightest star in Leo, Regulus has been almost universally associated in ancient cultures with the concept of royalty and kingly power. This star lies in the handle of the so-called "Sickle of Leo," a star pattern resembling a large reversed question mark. The Sickle, when rising and climbing the sky, is seen cutting upward. To modern sky-watchers the Sickle outlines the majestic head and mane of a great westward-facing lion.

The lion most closely associated with this constellation is the Nemean one - the mythological beast which terrorized the Valley of Nemea and was unaffected by ordinary weaponry (such as arrows and spears) due to its impenetrable hide. Another story regarding the Egyptian concept of the Lion associates it with the Sphinx, that famous giant half-lion, half-human sculpture in the desert. It has been suggested that the Sphinx represent both Leo and Virgo, each of which hosts the Sun during the Nile's crucial annual flooding.

As to whether its stars actually suggest a leonine figure, the backward-question mark curve in the creature's head does suggest its mane, but it still takes imagination to see a lion in these stars.

Algeiba, in the blade of the Sickle, appears as a single star to the naked eye. However, as a telescope of only moderate size will clearly show, it is really one of the most beautiful double stars in the sky. It should really be observed in twilight or moonlight to reveal the contrasting colors -- one star greenish; the other a delicate yellow.

Eastward from the Sickle there is a right triangle of stars which also belongs to Leo. At the eastern point of this triangle you will find Denebola, marking the tip of the Lion's tail.

The Lion is a member of the cat family, but although there are three constellations that represent dogs, there are no cats.

Two centuries ago, some star atlases depicted a cat: Felis, the creation of an 18th Century Frenchman, Joseph Jerome Le Francais de Lalande (1732-1807). He explained his choice: "I am very fond of cats. I will let this figure scratch on the chart. The starry sky has worried me quite enough in my life, so that now I can have my joke with it."

Although this celestial feline does not exist today, cat fanciers will be consoled by the fact that along with Leo, there are two other members of the cat family that are well situated and close together in the current evening sky: Leo Minor, the Smaller Lion and Lynx.

Lynx, the only animal constellation that has identical Latin and English names. This celestial feline is rather dim and hard to visualize. Johannes Hevelius (1611-1687) a 17th Century Renaissance man placed it in the sky. Besides being an astronomer, Hevelius was an artist, engraver, well-to-do man of affairs and a leading citizen of Danzig, Poland. Interestingly, the old astronomy books and sky charts, which depicted the constellations as allegorical drawings, placed the lucida (brightest star) of Lynx in the tuft of its tail. And from these drawings it would seem that nearby Leo Minor, the Smaller Lion, is about to provoke a cat fight by biting Lynx's tail.

Although the telescope was just coming into general use during Hevelius' time, he openly rejected the new invention. In his star atlas of 1690, he actually tucked a cartoon into the corner of one sky chart showing a cherub holding a card with the Latin motto "The naked eye is best."

In creating Lynx, Hevelius chose a cat-like animal that possesses excellent eyesight. Lynx itself is a region chiefly devoid of bright stars, and Hevelius openly admitted that you would have to have a lynx's eyes to see it!

The Constellations and their Stars 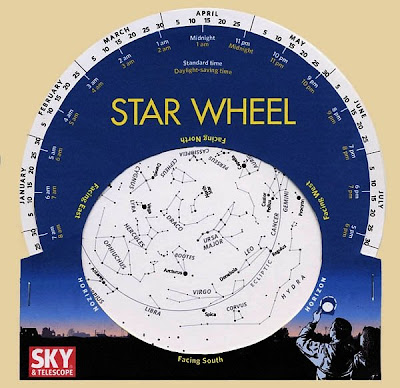 Or check a quality science store in your area.
Posted by Mercury at 5:56 AM