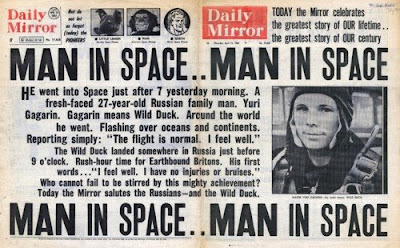 "Given the expense, complexity, and uncertainty of mankind traveling in space, should such enterprises be suspended and greater relevance be placed on unmanned instruments to garner data and knowledge."
I am a bit surprised by the results...4 [50%] think that man's sojourn into space should be suspended and reply on instruments and robots to gather more information while 4 [50%] wish to press on with man in space. I don't think the ones that voted against will be a deciding force to change the American, Russian, or Chinese plans. For some reason[s] the ISS will be occupied and supplied and politics will push man back to the moon with visions of Mars on the horizon. For some of us it is clear that money can be better spent with probes, satellites, robots...cheaper and safer. Too many lives have been lost working with a complicated and aged shuttle system. What has the ISS yielded for a dollar to dollar investment? While spectacular to see one dance on the moon coupled with global esteem and some political advantage, far more data about the moon has been gathered from other sources without human risk and cheaper.

Von Braun sketches for sale
Posted by Mercury at 6:00 AM

Email ThisBlogThis!Share to TwitterShare to FacebookShare to Pinterest
Labels: man in space