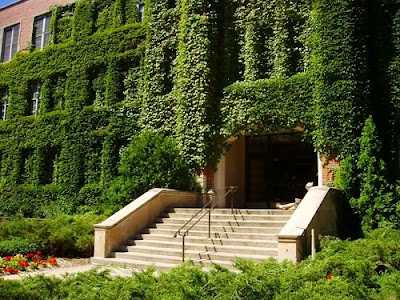 News at Princeton
Frank Shoemaker, a leader in the development of high-energy particle accelerators during a highly revelatory era for physics and a founding member of the experimental particle physics group at Princeton, has died at age 86.

Shoemaker, a professor emeritus of physics, a mentor to generations of junior faculty and graduate students, and a dedicated teacher who designed many of the University's freshman physics class demonstrations, died at Meadow Lakes in Hightstown, N.J., on Feb. 11.

He was remembered by his friends and colleagues for his technical brilliance and blunt, no-nonsense style.

"Frank possessed an encyclopedic knowledge of experimental science and used it to design novel instruments for particle physics," said A. J. Stewart Smith, Princeton's dean for research, a particle physicist and a long-term collaborator. "Generations of graduate students and faculty benefited from his unselfish, ingenious contributions to their research and enjoyed working with this remarkable man."

Though genial, Shoemaker was known for his plainspokenness. Peter Meyers, a professor of physics at Princeton who became his close friend, said that he was taken aback at first when he met Shoemaker. "He seemed very opinionated until I realized that he really did know it all," said Meyers. "Once I could see that he really wanted to help, it changed everything. You didn't bother going to the library, you asked him."

The epitome of a hands-on scientist, Shoemaker, who served on the Princeton physics faculty from 1952 until his retirement in 1989, was always building something. He led the reconstruction of the University's Palmer Cyclotron after a fire in 1952 and, in the course of his research, performed pioneering experiments on the strong focusing of particle beams. He then went on to lead the design and construction of the 3-billion-volt Princeton-Pennsylvania Accelerator, and served as associate director of the accelerator program from 1962 to 1966.

He took a year-long leave of absence from Princeton in 1968 to become the first head of the main-ring group at what would become the Fermi National Accelerator Laboratory or Fermilab in Batavia, Ill., and led the design and construction of that facility's 1 kilometer radius main accelerator ring.

Returning to Princeton in 1969, Shoemaker played critical roles in Princeton experiments conducted at Brookhaven National Laboratory in Upton, N.Y., and Fermilab that provided confirmation of the new quantum chromodynamics theory of strong interactions and the unified theory of weak and electromagnetic interactions. He served as principal investigator of the Princeton high-energy physics group from 1972 to 1985. Following his retirement from teaching in 1989, he played a major role in the Booster Neutrino Experiment, known as MiniBooNE, at Fermilab.

Last year, he became a figure of intrigue in the physics community when his name was decoded from a mysterious cryptogram mailed on a single sheet of paper to Fermilab. When translated, the first line of the code read, "Frank Shoemaker would call this noise." While Shoemaker himself was not interested in delving into the mystery, according to colleagues, rumors swirled on the Internet that the writer might be one of his former students. "It certainly seemed to be written by someone who knew him because it was so true to the spirit of Frank," Meyers said.

To a particle physicist, noise is anything a detector falsely reads as a particle or signal. Most of the rest of what has become known as the Shoemaker cryptogram has not yet been deciphered. And the author remains unknown.

Shoemaker was known as a dedicated teacher and served as director of undergraduate physics studies from 1981 to 1989. In that role, he transformed the teaching of introductory physics at Princeton, developing demonstrations to show students the actual processes they were studying in the classroom. He also conducted a popular annual demonstration for faculty and graduate students. To colleagues, many of whom had only imagined such phenomena on a theoretical level, the yearly efforts displayed a virtuosic mastery of the physical world.

He was born in Ogden, Utah, to Roy and Sarah Shoemaker. He was the second of their five sons, all of whom would go on to earn Ph.Ds. He spent his high school years in Boise, Idaho, where he met his future wife, Ruth Elizabeth Nelson. Both attended Whitman College in Walla Walla, Wash., where they were both elected to Phi Beta Kappa. Following graduation and marriage, both worked at the Radiation Lab at the Massachusetts Institute of Technology in Cambridge, Mass., on the development of radar for use in World War II.

After the war, Shoemaker received his Ph.D. in physics from the University of Wisconsin-Madison, and moved to Princeton to begin his long career here. He was instrumental in the design of Jadwin Hall, the University's physics building, bringing his practical bent to bear on questions of door widths in both corridors and elevators and the capacity of floors to withstand the load of heavy lab equipment.

He was active in research well after his retirement and was a familiar figure in Jadwin up until a year ago, when his health began to decline.

Shoemaker was a fellow of the American Physical Society and a member of Sigma Xi. He also was awarded an honorary doctor of science by his alma mater, Whitman College, in 1978. He wrote or co-wrote more than 100 papers and articles.

In addition to physics, Shoemaker's main passions were his family, classical music, sailing and dogs. Following his retirement, he and his wife traveled extensively, visiting all 50 states and five continents.

Shoemaker was pre-deceased by his wife of 56 years, Ruth, who died in 2001. He is survived by his two daughters, Barbara Shoemaker, a 1976 Princeton graduate, and Mary Mittnacht, both of Santa Fe, N.M., and a brother, Sydney Shoemaker, of Ithaca, N.Y.

The family does not plan to have a memorial service, but has designated two organizations to receive memorial gifts: SAVE, an animal rescue organization (900 Herrontown Road, Princeton, NJ 08540, http://www.save-animals.org); and the Princeton High School Performing Arts Center and High School Music Programs (Princeton Education Foundation, P.O. Box 176, Princeton, NJ 08542, http://pefnj.org -- please specify the music programs and arts center as the purpose of any gifts).

Fermilab Today
Frank C. Shoemaker, 86, of Hightstown, NJ, passed away on Feb. 11. He was a leader in the particle physics community and integral in the launching of Fermilab’s initial collider experiments and bison herd as well as the subsequent operation of neutrino programs.

Shoemaker was professor emeritus of physics at Princeton University, where he worked 40 years and helped start the experimental particle physics group, a Fellow of the American Physical Society, a member of Sigma Xi and of Phi Beta Kappa.

In 1968, he took a year-long leave of absence from Princeton to become the first head of the Main-Ring group at the National Accelerator Laboratory, which was to become Fermilab. He led the design and construction of that facility’s 1-km radius main accelerator ring. He also suggested the introduction of the herd of bison.

Returning to Princeton in 1969, Shoemaker played critical roles in Princeton experiments conducted at Brookhaven National Laboratory in New York and at Fermilab that provided confirmation of the new quantum chromodynamics theory of strong interactions and the unified theory of weak and electromagnetic interactions. He served as principal investigator from 1972-85. Following his retirement from teaching in 1989, he played a major role in the Booster neutrino experiment, MiniBooNE, at Fermilab, and was listed as a co-author on a paper published in 2008.

He is survived by loving daughters, Barbara Shoemaker and Mary Mittnacht, both of Santa Fe, NM, and a brother, Sydney Shoemaker, of Ithaca, NY. After nearly 57 years of marriage, his wife, Ruth Elizabeth Shoemaker, died in 2001.

The family does not plan a memorial service, but has designated two organizations to receive memorial gifts: SAVE, an animal rescue organization (900 Herrontown Rd., Princeton, NJ 08520), and the Princeton High School Performing Arts Center and High School Music Programs (Princeton Education Foundation, PO Box 176, Princeton, NJ 08542 – please specify the Music Programs and Arts Center as the purpose of any gifts).

And, Frank Shoemaker was involved in...