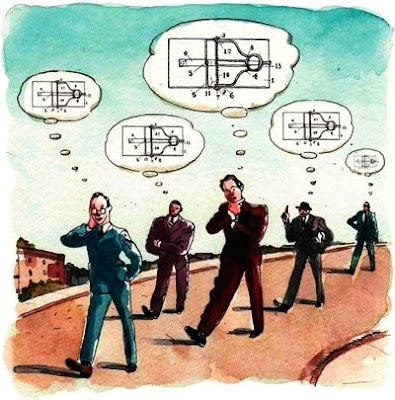 It may well be that the original function of patents has changed and now it is all about money and wealthy lawyers.

"Has the US patent system gone too far?"

Reformers push to limit what is protected.

The Christian Science Monitor
When Samuel Hopkins came up with a method for improving the production of potash, it was probably just the kind of invention that President George Washington had in mind when he created the US patent system. Hopkins, who in 1790 received the first American patent ever issued, had discovered a way to increase the production of a critical resource used to make glass, soap, and soil fertilizer.

It's unclear, however, how Washington would feel about America's 6,368,227th patent.

Issued to Steven Olson, it protects a "method of swinging on a swing … in which a user positioned on a standard swing suspended by two chains from a substantially horizontal tree branch induces side to side motion by pulling alternately on one chain and then the other."

To critics of the current US Patent and Trademark Office (PTO), this kind of patent demonstrates everything that’s wrong with the patent system today.

"We have too many patents being granted," according to Daniel Ravicher, who is the Legal Director for the Software Freedom Law Center. "There still remains this belief that the more patents we have, the better society is. A more sophisticated and reasonable belief is that there have to be some patents, but we need to assure that they are legitimately worthy."

Traditionally, patents were only granted on tangible things, such as physical devices and chemical processes. But a series of court rulings in the 1980s opened the door to patents on more abstract processes, such as business plans and software code.

They also lowered the standards used to approve patents, says Mr. Ravicher. What followed were a flood of patents, covering everything from the idea of buying products online with a single mouse click (Amazon owns that one) to the aforementioned tree-swing patent.

As long as large corporations held the patents, things remained fairly peaceful. There has always been a kind of uneasy "mutually assured destruction" standoff among giants such as IBM and Microsoft, each holding patents that could be used against the other.

But as certain high-tech firms failed, many of their patents were acquired by intellectual-property holding companies, whose only business was to use these patents to make money. In other cases, independent inventors have patented what some consider blatantly obvious ideas.

Since these so-called "patent trolls" don’t produce anything themselves, they have nothing to be countersued over.

Consider the case of Cygnus Systems, who sued Google, Apple, and Microsoft in late 2008. Its patent, which Cygnus applied for in 1998, deals with the common software feature of displaying a thumbnail image of a document stored on a computer. Critics of the Cygnus patent have found numerous examples they claim represent prior art (examples of the technology that existed before the patent), some dating back into the 1980s. But the patent was granted, and is now being used to threaten some of the largest corporations in the world with expensive lawsuits.

"We believe that companies that don't make a significant contribution, in terms of innovation, have exploited the existing patent system to play hold-up games with those who are, in effect, innovating in the marketplace," says Rob Tiller, assistant counsel and vice president for intellectual property for softwaremaker Red Hat.

Part of the problem is that the current system is overloaded. Patent examiners work under essentially a quota system, and in most cases only have about 10 to 20 hours to review each application.

"The flood of patent applications has overwhelmed the resources of the patent office," says Mr. Tiller. "I think that there have been many grants of patents that a fuller, more careful review would probably show should not [have been] granted." Unscrupulous submitters can game the system by loading up a single application with a hundred claims, or resubmitting one over and over, says Ravicher.

Congress has made multiple attempts to clear the patent logjam. Last week, both houses submitted legislation that would change patents from a "first to invent" to "first to file" test (an arguably more efficient standard preferred by many other countries because it saves patent officers from the hassle of confirming that an applicant came up with the idea first). The bills would also create a 12-month post-issue period, during which patents could be challenged. Patent-reform advocates such as Ravicher don't see the bills making much of an impact.

Last October brought one of the most significant and still evolving changes to the patent landscape. In a case known as In re Bilski, a court rejected a patent for a business method of hedging investment risks. In its decision, the US Court of Appeals for the Federal Circuit restricted patents to two specific areas: an improvement "tied to a particular machine" and a method that "transforms a particular article into a different state or thing." This standard creates a lot of uncertainty for companies innovating in less tangible industries.

Even if this is the new standard, each existing patent must be challenged individually, meaning that it could take years or decades to clear out the patent system.

Meanwhile, companies will continue to run afoul of old patents, ones that would fail to meet the new criteria. And patent-rights advocate Herbert Wamsley, executive director of the Intellectual Property Owners Association, makes the point that there will need to be further refinement through future court decisions about exactly what does and doesn't fall into the patentable category.

The PTO has taken one step to reduce the workload on examiners. Its new "Peer to Patent" program allows anyone who is interested to look at patent applications and make comments (including claims of prior art) before the patent goes to the examiner. "The limiting factor for the Peer to Patent model is that the applicant has to willingly participate," says Ravicher. The pilot program of 400 patents shows some initial success. Of the first 23 applications considered under Peer to Patent, nine were weeded out based on prior-art claims filed through the program.

Mr. Wamsley points out there may be a silver lining to the country's current economic problems, at least for the patent office. "A lot of people are expecting that the number of patent applications to decline this year, and that may help the PTO get control of its workload."
Posted by Mercury at 11:17 AM

Email ThisBlogThis!Share to TwitterShare to FacebookShare to Pinterest
Labels: US Patent and Trademark Office