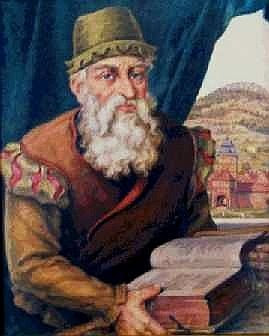 Adam Ries
It is so infuriating when a bureaucratic system refuses to act responsibly...but it does happen.


BERLIN (Reuters) - A German mathematician who died 450 years ago has been sent a letter demanding that he pay long-overdue television license fees, residents at his former address said on Wednesday.

Germany's GEZ broadcast fee collection office sent the bill to the last home address of Adam Ries, an algebra expert who bought the house in 1525. A club in his honor was set up at the property four centuries later.

"We received a letter saying 'To Mr Adam Ries' on it, with the request to pay his television and radio fees," said Annegret Muench, who now heads the club.

Muench returned the letter to the GEZ with a note explaining the request had come too late because Ries had died in 1559, centuries before the invention of television and radio. She nonetheless received a reminder a few weeks later.

This was not the first time the GEZ had sent a bill to those in the afterlife. Last year, a school named after poet Friedrich Schiller received a reminder asking him to declare all radios and televisions in his home and pay the corresponding fees.

Adam Ries
Posted by Mercury at 6:56 AM