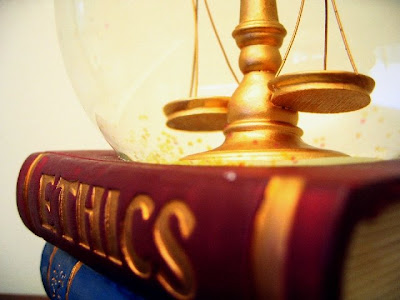 Normally, I would not pursue this topic but it is curious to note what is happening here. It just isn't the amount of money involved. Sure it is high but small considering what the U. S. Government has invested in A. I. G and other companies. What is significant here is a demonstration of the populace finally beginning to express their sentiment of all of this spending--now that it demonstrates a bad sense of ethics and conduct. And it is also dynamic politics. 328 voted for the tax whereas 93 didn't. The 328 will go unquestioned as they are playing the political game by siding with the anger of the populace whereas the 93 will be questioned. Why didn't they jump on the popular bandwagon? It is the 93 that may express a more balanced and thoughtful analysis of the bonus debacle. And then again, they may be playing politics too. What were their thoughts? Just remember that these repercussions were a result of hasty actions taken by the Bush administration and Obama and crew have been dealt a crippling hand of cards...it will be hard to win. But at least the populace has spoken.

The New York Times
WASHINGTON - Spurred on by a tidal wave of public anger over bonuses paid to executives of the foundering American International Group, the House voted 328 to 93 on Thursday to get back most of the money by levying a 90 percent tax on it.

The measure easily surpassed a procedural hurdle requiring a two-thirds majority vote, thanks to considerable Republican support. The Senate will consider a roughly similar measure, perhaps next week. If something is approved in that chamber the House and Senate versions would have to be reconciled, so prospects for final passage of a bill are unclear.

But there was no doubt after the House vote that the lawmakers were keenly aware of their constituents' anger, which was focused on A.I.G., although the House measure would apply to executives of any company getting more than $5 billion in federal bailout money.

Hours after the vote, the office of Andrew M. Cuomo, the New York attorney general, said A.I.G. had turned over the names of employees who received bonuses, in response to a subpoena.

Before releasing the list, the attorney general's office plans to review it and assess whether individuals on it might have reason to fear for their safety.

"We are aware of the security concerns of A.I.G. employees, and we will be sensitive to those issues by doing a risk assessment before releasing any individual’s name," Mr. Cuomo’s office said in a statement.

Bank of America is expected to turn over the names of the highest-paid workers from Merrill Lynch later on Thursday.

In one sign of the bonus issue's political potency, 85 Republicans joined 243 Democrats in the House in voting for the measure, rather than for a rival proposal put forth by the Republican leadership. Only 6 Democrats voted against the bill, along with 87 Republicans.

"The people have said 'no,'" Representative Earl Pomeroy, Democrat of North Dakota, shouted on the House floor. "In fact, they said 'hell no, and give us our money back.'"

"Have the recipients of these checks no shame at all?" Mr. Pomeroy continued. Summing up his personal view of the so-far anonymous A.I.G. executives, he said: "You are disgraced professional losers. And by the way, give us our money back."

Representative Barney Frank, the Massachusetts Democrat who heads the House Financial Services Committee and has been among A.I.G.'s fiercest critics, spoke contemptuously of the bonus recipients as people "who had to be bribed not to abandon the company" they had nearly ruined.

Republicans were not to be outdone in expressing disgust, and they had a collective "I told you so" message for Democrats. Representative Ed Royce of California, for instance, said he would vote for the bill on the floor, but he proudly recalled that last fall he had voted against the Troubled Assets Relief Program, the bailout plan that is the source of mounting public fury.

Before the vote, other Republicans signaled that they would vote "no" and would line up instead behind a countermeasure that Representative John A. Boehner of Ohio, the minority leader, said would recover the taxpayers' money much faster.

Representative Judy Biggert, Republican of Illinois, said that while virtually everyone agreed that the A.I.G. executives should not be getting bonuses for failing, it would be a mistake for the House to rush through a piece of legislation. If that happened, she said, there could be regrets later, as there are now over the TARP bill, "made public in the dead of night, just hours before the vote."

The bill that the House approved on Thursday was offered by Representative Charles B. Rangel, the New York Democrat who heads the House Ways and Means Committee. It would take 90 percent of the A.I.G. bonuses back in federal taxes. It would apply to bonuses paid since Jan. 1 by A.I.G. or any other company accepting more than $5 billion in bailout money.

"This is not going to happen again," Mr. Rangel said. "The light is flashing and letting them know that America won't take it."

Mr. Boehner was disdainful of Mr. Rangel’s proposal, calling it "a sham" and urging adoption of a bill to get back the bonus money at once. The $165 million in bonuses has spawned rage in part because it was paid to executives in the very unit of A.I.G. that arguably turned a stable, prosperous insurance company into a dice-rolling financial firm in search of quick profits.

The Republicans said their measure would get back all of the bonus money, not just most of it.

And they said it would do so within two weeks, as opposed to the year or so that the Democrats' bill would take - assuming, that is, that the A.I.G. executives filed honest tax returns.

What's more, Republicans asserted, the Democrats are mostly responsible for the A.I.G. bonus debacle, since Senator Christopher J. Dodd of Connecticut, chairman of the Senate Banking Committee, inserted language in President Obama's economic stimulus package - not to be confused with the TARP legislation, passed in the waning days of the Bush administration, by the old Congress - to exempt bonuses granted by contract before Feb. 11 from general restrictions on bonus payments.

Mr. Dodd has said the Treasury Department insisted on the exemption in final negotiations on the stimulus legislation. Republicans have been calling the provision a "dark of night" or "dead of night" deed, as Ms. Biggert did. Some Republicans have also been offering reminders that not one of them in the House voted for President Obama’s stimulus program.

Of course, it is not uncommon for complicated legislation to go through Congress with sections that escape detailed initial scrutiny. And when the lawmakers considered President Obama's economic stimulus package, they no doubt recalled that, on the day last fall when the TARP legislation initially stalled in the House, the stock market plunged so alarmingly that the House members were prompted to pass the legislation in a follow-up vote.

No lawmaker had anything good to say on Thursday about the A.I.G. bonus recipients, notwithstanding the disclosure that the new A.I.G. leadership has asked them to give back some or all of the money, and that some have actually volunteered to give it all back.

A couple of themes have emerged in the continuing financial crisis. Democrats and Republicans have accused one another of forgetting history, or trying to rewrite it. Republicans have seized on possible shortcomings in bills passed to combat the crisis, noting that the Democrats control Congress. And Democrats have said the legislation is necessary because of the excesses of the presidency of George W. Bush and his Republican allies in Congress.

The inspector general for the TARP program said on Thursday that Bush administration officials knew at the time of the November agreement between the Treasury Department and A.I.G. on bailout funds that A.I.G. intended to pay bonuses. The contract between the company and Treasury "specifically contemplated the payment of bonuses and retention payments to A.I.G. employees, including A.I.G.'s senior partners," Inspector General Neil Barofsky told a House Ways and Means subcommittee, Bloomberg News reported.

Although the bonuses paid to the A.I.G. executives have aroused public fury for several days, they were in a sense hiding in plain sight. Three months ago, for instance, Representative Elijah E. Cummings, Democrat of Maryland, said Congress should investigate reports that A.I.G. was secretly giving bonuses to some employees.

Apparently the bonuses were not so much secret as under the radar. The White House has said, for example, that Treasury Secretary Timothy F. Geithner first learned of the bonuses on March 10. On Wednesday, A.I.G.'s chief executive, Edward M. Liddy, was met by a wave of anger at a House hearing, although some lawmakers were kind enough to point out that he was recruited to lead A.I.G. after it slipped into crisis.

While the House was debating, Sheila Bair, the chairwoman of the Federal Deposit Insurance Corporation, was testifying before Senator Dodd's banking panel. She told the senators that the idea of bailing out institutions considered “too big to fail” was unsatisfactory.

Mr. Dodd agreed. One lesson to glean from the current crisis, he said, is that "no institution should ever be 'too big to fail.'"

In another development likely to fan the flames, a House leader said on Thursday that at least 13 firms receiving billions in bailout money owe a total of more than $220 million in unpaid federal taxes.

"This is shameful, it is a disgrace," said Representative John Lewis, the Georgia Democrat who heads a Ways and Means oversight committee, according to The Associated Press. "We are going to get to the bottom of what is going on here."


"Administration, Lawmakers Turn Up Heat on AIG Over Bonuses"
Posted by Mercury at 6:16 PM