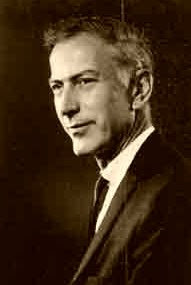 University of Wisconsin--Madison News
Arthur D. Code, whose lifelong love of the stars and the night sky led to a meteoric career in astrophysics, died in Madison, Wis., on March 11 after a long illness. He was 85.

The cause of death was a long-standing pulmonary condition, according to his family.

Code, who spent more than 40 years on the UW-Madison faculty, was a pioneer in space astronomy, leading initiatives to put astronomical telescopes and other instruments in space above the obscuring influence of the Earth's atmosphere. Long before the launch of the Hubble Space Telescope, Code built orbiting observatories and connived tirelessly to get telescopes into space, in one project placing a cigar box-sized photometer aboard an X-15, the rocket-powered planes of the early 1960s that were the first aircraft to fly high enough to pierce the atmosphere and soar, albeit briefly, in space.

In a long and distinguished career, Code would go on to build the world's first successful orbiting observatory, the Orbiting Astronomical Observatory, launched in 1968, and help establish the Space Telescope Science Institute as its founding acting-director. He also developed and operated a sophisticated space-shuttle-borne ultraviolet telescope known as WUPPE (Wisconsin Ultraviolet Photopolarimeter Experiment) in 1990 and 1995 as part of NASA's Astro missions. Code also founded UW-Madison's Space Astronomy Laboratory, a lab responsible for building intricate, but rugged, telescopes and instruments to fly in space.

"Art's career paralleled the advancement of space exploration, and his vision and brilliance contributed centrally to the development of space astronomy," says Robert Mathieu, chair of he UW-Madison Department of Astronomy.

A native of New York, Code determined at an early age in life that he would become an astrophysicist. As a child, he routinely led family members to the roof of their Brooklyn apartment building to observe the night sky. After serving in the Navy as an electronics technician during World War II, Code attended the University of Chicago and utilized the nearby Yerkes Observatory in Williams Bay, Wis. He received his master's and doctoral degrees from the University of Chicago, without having earned an undergraduate degree.

After a brief stint at the University of Virginia, Code joined the Wisconsin faculty in 1950, but left in 1956 to join the faculty at the California Institute of Technology. He returned to the Wisconsin faculty as the director of the Washburn Observatory in 1958. It was at that time, when the nation's space program was in its formative stages, that Code became actively involved in efforts to build and loft telescopes into space to sample starlight with a clarity — and in wavelengths — never before sampled.

"Art Code was a true visionary. Long before the rest of the astronomical community appreciated the scientific value of operating in space, he committed his career to building the first serious orbiting telescopes that were the forerunners of many of the current suite of NASA space telescopes," says Robert Williams, a former director of the Space Telescope Science Institute in Baltimore, the entity that operates the Hubble Space Telescope.

In 1959, shortly after Sputnik, the National Academy of Sciences issued a call for ideas for a 100-pound satellite. Of the 100 scientists responding, Code was one of the few to suggest using a satellite to conduct astronomical observations. "Most of the other proposals suggested using a satellite to look at the Earth," Code recalled in a 1985 interview.

Looking at stars through the atmosphere, which both distorts starlight and blocks some wavelengths entirely, is like "bird-watching from the bottom of a swimming pool," Code famously noted. Placing telescopes in orbit above the Earth, Code understood, would provide a wealth of new insights as ultraviolet light, X-rays and other forms of electromagnetic radiation became available to astrophysics for the first time.

In December 1968, the world's first orbiting observatory, the precursor to the Hubble Space Telescope, was launched from Cape Kennedy. Four days after launch, the observatory's instruments, which included seven telescopes built by Code's group at Wisconsin, took the first measurements of a star, Beta Carinae, from an orbiting platform.

Said Code at the time: "The spacecraft and experiment are operating not only well, but beyond our expectations. In addition to the exciting science that can be done, the results have proven that an automatic space observatory is fully feasible, and we hope this means that other more sophisticated facilities will be made available to the scientific community."

Code's scientific contributions were diverse, but he notably helped reveal the importance of the "interstellar medium," the gas- and dust-filled void between the stars that plays a key role in the life cycle of stars. The interstellar medium is difficult to study because much of the radiation it absorbs is in the form of ultraviolet light, which is not visible to the naked eye and most of which is blocked by the gases in the Earth's atmosphere.

By placing telescopes in space, Code and his colleagues opened broad swaths of the electromagnetic spectrum for astrophysics.

"The field of ultraviolet space astronomy that Code pioneered continues to flourish to this day. In several months astronauts aboard the space shuttle will return to the Hubble Space Telescope with a new ultraviolet instrument that will be used to study in much greater detail many of the objects first observed in the ultraviolet with the Wisconsin instruments on the Orbiting Astronomical Observatory 40 years ago," says Blair Savage, UW-Madison emeritus professor of astronomy.

Arthur Dodd Code was born in Brooklyn, N.Y., on Aug. 13, 1923, the only child of Lorne Arthur Code and Jesse May Code. During the course of his career as an astronomer, he received numerous awards and recognition, including the 1970 NASA Public Service Award, the 1971 University of Chicago Professional Achievement Award, and the 1992 Distinguished Public Service Medal, NASA's highest honor. He was also a former president of the American Astronomical Society. At the time of his death, Code was the Joel Stebbins and Hilldale Professor of Astronomy Emeritus at UW-Madison.

Code is survived by his wife of 65 years, Mary Guild Code; four children, Alan, Douglas, Edith and David; and six grandchildren.
Posted by Mercury at 4:15 AM