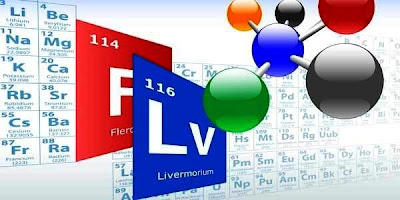 The New York Times
Add two names to the periodic table of elements, although you may want to write them in pencil for now.

The International Union of Pure and Applied Chemistry — the scientific body that is the keeper of the list of elements — unveiled Thursday the proposed names for elements 114 and 116: flerovium (atomic symbol Fl) and livermorium (atomic symbol Lv).

If you do not like them, now is the time to voice your objections. The chemistry union will have a five-month comment period open to anyone.

“We believe we have to let the world respond,” said Terry A. Renner, the chemistry union’s executive director. “It’s a desire to be fair and recognize everyone’s right to contribute as a scientist.”

The chemistry union, along with its physics counterpart, spent years checking data before finally accepting in June that the two elements had indeed been created in collaborative experiments by the Joint Institute for Nuclear Research in Dubna, Russia, and the Lawrence Livermore National Laboratory in Livermore, Calif.

The process of coming up with what to call them was nearly as arduous.

Through all of human history, only 114 elements have been named, and the chemistry union has finicky rules about what is an acceptable name. For example, if the chemistry union rejects a name, that name cannot be proposed for any subsequent element discoveries, Dr. Renner said.

“We were thinking from all kinds of angles,” said Mark A. Stoyer, a Livermore physicist who was a member of the discovery team. Dr. Stoyer said Livermore scientists had “very open and honest” debates in narrowing 50 possible names to the three they offered to their Russian colleagues, who also offered three names.

In the end, they settled on the obvious ones. Livermorium is, of course, named after the laboratory and city where it is located.

Dubna has already been enshrined in the periodic table with dubnium (element 105), so the Russians chose to honor Georgi N. Flerov, the founder of the research institute.

The discoverers gave their suggestions to a committee at the chemistry union, which agreed.

The public comments can range from serious to not as serious. Dr. Renner recalled during the naming of element 112 — now known as copernicium — that an official from a school in New York called and said that students there thought it should instead be named after their school: P.S. 112.

Barring “a major kerfuffle,” Dr. Renner said, the proposed names will get the stamp of approval next May.

Angela T. V. wrote at Facebook "I will accept 116 as livermorium only if 117 is onionium." That is excellent but I doubt that the International Union of Pure and Applied Chemistry will accept the recommendation...they have no sense of humor.