Some of the original 842 pounds is missing 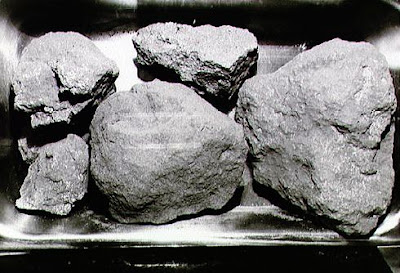 "Hundreds of NASA moon rock samples are missing or stolen"

SlashGear
With every bit of the moon rock and soil samples on Earth having been brought back by NASA missions to the moon they are all considered government property. Like many things that are government owned the samples have been loaned out over the years from the stash of 842 pounds of materials that the Apollo moon missions brought back to Earth over the Apollo years.

A recent survey by the NASA inspector general found that more than 500 different samples are missing or stolen at this point. The audit suggesting more are missing based on a survey of scientists and researchers that have been loaned samples over the years. Apparently, out of the 59 scholars that were loaned samples that bothered to respond, 19% of them could not find their samples.

The audit also found that over the years as researchers that were loaned samples died, retired, or moved, many of the samples were never returned. Only about 70% of those loaned samples responded to the audit request. The audit comes not long after NASA set up a sting that caught an elderly woman who was trying to sell a moon rock sample that her husband had owned.
Posted by Mercury at 12:00 PM