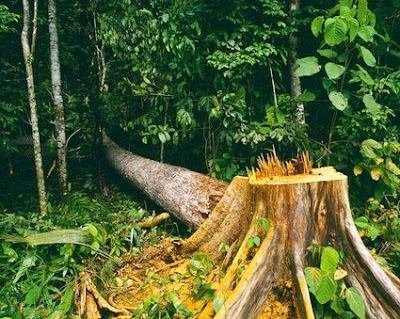 "Cutting Down the Amazon: Brazil Takes a Step Backwards on Deforestation"

After years of allowing clear-cutting and rapid deforestation in the Amazon, Brazil has managed to save its forests. But a new law landing on the president's desk could undo much of that—and open the door to the bad old days of massive deforestation.

Time
For years, the Brazilian rainforest—one of the most biodiverse areas on the planet—was synonymous with environmental destruction. Video of the rainforest being slashed and bulldozed was the most directly visible evidence that we were destroying the planet—hence all those pleas to “save the rainforest.” No less a green celebrity than Sting launched the first concert for the rainforest in 1989 after seeing jungle being burned to the ground first-hand.

But rather quietly over the past several years, Brazil—with the help of smart conservation groups like the World Wildlife Fund (WWF) and Conservation International—has begun to do something to save the rainforest. As a result, clear-cutting is rarer than it once was, and earlier this month Brazilian scientists reported deforestation in the Amazon fell again and hit a record low for the third straight year, with just 6,238 sq. km of forest lost between August 2010 and July 2011. That’s 78% below the most recent high for deforestation in 2004. Brazil—which has pledged to cut deforestation by 80% by 2020—has made a difference on one of the most pressing environmental problems of our time.

On December 6 Brazil’s senate passed a new forest code that—if signed into law by President Dilma Rousseff—threatens to undo many of the legal protections that have helped prevent deforestation. The new law—which would update legislation from 1965—reduces the amount of forest cover that rural landowners need to maintain on their property, and gives further exemptions to landowners with the smallest properties, ranging from 20 to 400 hectares. Growers who in the past might have deforested beyond the legal minimum have to sign up to government plans to gradually restore those lost trees over the next two decades, but they no longer have to pay fines associated with deforestation—fines that could have reached into the billions of dollars. Landowners will also be able to rent or buy a nearby patch of forested land—essentially forest offsets—if they don’t want to cut deforestation on their own land.

The timing of the new forest code puts Brazil in an awkward position. The South American giant is trying to exercise leadership at the ongoing U.N. climate talks in Durban, and in June Rio de Janeiro will be hosting a major meeting to mark the 20th anniversary of the 1992 Earth Summit. At Durban the Brazilian environmentalist Marina Silva—who served as environment minister under former President Lula before quitting in 2008 to launch her own presidential campaign—warned of the consequences of loosening the country’s forest protections:

The bill that was approved yesterday by the Senate undermines protection of the forest, provides amnesty for those who deforest and will increase deforestation.

Our only hope is President Dilma, who during the election campaign had pledged to veto any measure which might increase deforestation or amnesty those who engage in deforestation.
Will Dilma come through for greens? According to the Financial Times, probably not—Dilma had promised to veto any bill that would have offered deforesters sweeping amnesty, but the Senate version of the law might give her enough wiggle room to support it:

People familiar with her position say that while she opposed the earlier draft, which offered a fuller amnesty, she is unlikely to oppose this version, arguing that the amnesty has been removed.

“The people who talk about an amnesty are not speaking the truth,” said Jorge Viana [a senator from a rural Amazonian state who helped push through the legislation]. “Farmers will have to reforest 24m hectares. If they do that, we will have the greatest reforestation programme in the world.”
That’s arguable, to say the least. The new law was pushed by Brazil’s powerful agribusiness industries, who hope to open new areas of the forest to agriculture and cattle raising. Polls show a majority of Brazilians oppose the new law, and Jim Leape of WWF worries about what it could mean for Brazil’s international leadership on forestry:

We’re at a time in history when the world seeks leadership in smart, forward-thinking development. Brazil was staking a claim to being such a leader.

It will be a tragedy for Brazil and for the world if it now turns its back on more than a decade of achievement to return to the dark days of catastrophic deforestation.
So don’t throw out those “save the rainforest” bumper stickers yet. We may still need them.
Posted by Mercury at 2:13 PM