A giant may be dying...Eastman Kodak Company 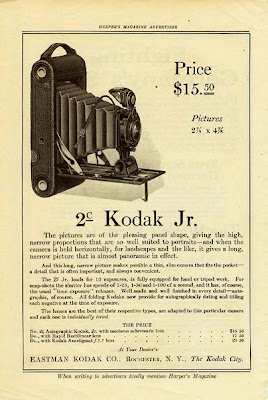 "Eastman Kodak fights for its future"

USA TODAY
This is not the "Kodak moment" expected of a longtime technology giant.

After losing money 12 of the last 15 quarters, Eastman Kodak is struggling to avoid bankruptcy protection.

Its stock is worth less than a dollar. Its employees are worried about jobs. Retirees fear losing their benefits. And suppliers worry about getting paid.

Yet despite the drumbeat of negative news, CEO Antonio Perez and his management team insist that Kodak (EK) will survive.

"We have fulfilled and remain committed to fulfilling all our obligations," Perez reiterated in a conference call with Wall Street analysts last month.

How far the mighty have fallen in less than a quarter of a century.

The year 1988 was a good one for Eastman Kodak.

The iconic photo and imaging company's worldwide employment peaked that year at more than 145,000, with workers turning out everything from cameras and motion picture film to floppy disks and pharmaceuticals. Kodak finished the year with a profit of $1.4 billion, roughly $2.5 billion in today's dollars.

It was also perhaps the last unqualified good year for the company and the beginning of the end of its role as an industrial giant. Stiff competition from Fujifilm and then the explosion in digital photography — a technology Kodak researchers invented in 1975 — have left Kodak reeling. Its stock, which averaged $25 five years ago and $5 in 2010, closed down 5 cents Monday at 84 cents. Worldwide employment is now below 19,000. Seeing no turnaround in the near future, credit rating giants Moody's and Fitch have downgraded Kodak's debt further into junk-bond status, signaling a higher risk of default.

"I do think it's often overly simplified" to say that Kodak's troubles are the result of it missing the digital boat, says John Ward, a former director of new product development at Kodak, who left the company in 2005 after more than 20 years and is now a lecturer at Rochester Institute of Technology's Saunders College of Business. "The digital business was not going to be nearly as profitable as the film business in any respect. The film and chemical business was one of the all-time great business models. A lot of the change was going to come whether Kodak aggressively embraced digital business or not."

Those were the days

Kodak was founded in 1881 after inventor George Eastman pioneered a means of mass producing dry plates — the precursor to film.

Over time, Kodak grew into a global industrial and commercial giant, with "Kodak moment" becoming synonymous with a treasured memory. The Kodak logo and its little yellow boxes of 35-millimeter camera film were found around the globe.

"The company was very, very generous to its employees and the community," says Rochester Business Alliance President Sandy Parker. "You had a patriarch, almost, that took care of the community. The senior people at Kodak served on virtually all the key boards in the community."

And when it came to big community projects, Parker says, "If Kodak gave thumbs up, we knew others would follow."

"It wasn't just a big employer," says Rochester Mayor Thomas Richards. "It's the University of Rochester. The Eastman School of Music. The Eastman Theatre. RIT. Those are all part of where Kodak's wealth went. We're lucky. If we were a steel town, like South Buffalo, what you got left with was an empty factory."

While Kodak's decline has exacerbated the evaporation of good-paying manufacturing jobs, highly trained former employees "have started businesses all over town," Richards says. "It's left us with a good legacy."

Today, Kodak is in the midst of the latest in what have been almost constant reorganizations since the 1990s. Perez early this year said 2011 would be a tough year as it scaled back its stagnant digital camera business, focusing just on profitable models and markets, and the company's traditional film business continued to shrivel. The company's turnaround goal focused on four small but rapidly growing product lines it hoped would start to turn the company's sliding fortunes around in 2012: consumer and commercial inkjet printing, packaging printing and workflow software.

Before the recession, Kodak had 11 growth businesses. But with the global economic downturn, "we made some choices" of which to invest in, says Kodak Chief Financial Officer Ann McCorvey. "The four growth initiatives we're moving toward are at that intersection of digital imaging science and material science. We chose to try to grow in a place where we have unique capabilities."

Kodak says it is seeing some success, and expects its desktop inkjet printer business to turn profitable next year.

But 2011 is turning out to be a tougher year than anticipated. For the year, Kodak expects losses of $400 million to $600 million, up from the $200 million to $400 million it previously forecast. And the four product lines it is counting on for its turnaround are now projected to have revenue growth of 25%, not the 30% to 40% the company had hoped for this year.

Collins Ink, a Cincinnati manufacturer of the majority of inks used in Kodak's digital printing presses, ended its supplier agreement with Kodak in October, saying it fears Kodak could go bankrupt soon and leave suppliers with uncollectable bills. (Kodak sued and won a preliminary injunction forcing Collins to continue following the terms of the supplier agreement.)

And with $2.5 billion in pension and post-retirement liabilities, Kodak has tens of thousands of retirees who are worried about the future of their health care coverage. Kodak already is in the midst of a 10-year plan that eliminates coverage for retirees' spouses and shifts more costs onto retirees. Given Kodak's finances, further cuts seem likely, says Bob Volpe, president of EKRA, a Rochester-based Kodak retiree group. "It's a matter of when," he says.

Kodak's management and latest turnaround strategy have come under some fire. Calling the turnaround direction a failure, New Jersey investment management firm Investment Partners Asset Management wrote some of the biggest Kodak shareholders, urging them to push Kodak to add business-turnaround experts to its board or managerial ranks or sell itself to a company that could better commercialize its assets.

However, argues, RIT's Tessoni, "There's no indications I can point to that management did not attempt to find additional innovative products. But it just never worked."

Putting its assets to work

Kodak's headway in pushing its growth initiatives has been overshadowed by the ongoing drop in other businesses, says James Kelleher, an analyst at Argus Research.

To bridge the gap until those businesses grow, Kodak has been aggressively selling whatever it can.

This year, it has unloaded such assets as its image-sensor business, its silver business and its microfilm business. It has been marketing its sprawling 900-acre Eastman Business Park manufacturing campus to prospective outside tenants as an industrial park.

But its biggest potential sale is yet to come. Kodak is shopping 1,100 digital imaging patents, which some analysts have said could carry a price tag of as much as $3 billion. Kodak said last month it may borrow as much as $500 million while it seeks a buyer for those patents.

Kodak also is in an intellectual property fight before the International Trade Commission with Apple and with BlackBerry maker Research In Motion over digital imaging patents. A ruling in Kodak's favor could mean as much as $1 billion for the company, according to RBC Capital Markets analyst Mike Abramsky. An ITC hearing in that case is scheduled for Dec. 30.

Today, the company's biggest risk is that it gets broken up when it in fact has sizable potential, says Mark Kaufman, an analyst with Rafferty Capital.