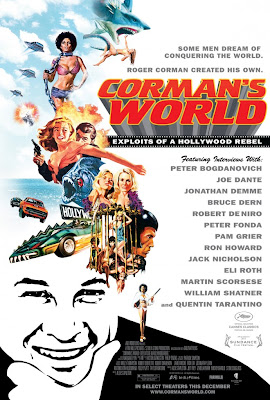 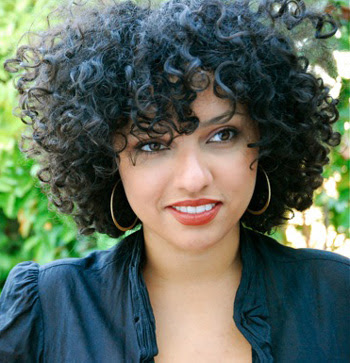 Wired
The legendary king of B-movies has produced or directed close to 400 films, including cult classics like 1960’s The Little Shop of Horrors (which he famously shot in just two days), 1975’s Death Race 2000 (co-starring a pre-Rocky Sylvester Stallone) and the so-bad-it’s-good Carnosaur horror series from the ’90s. In the process, he launched the careers of protégés like James Cameron and Martin Scorcese, and inspired dozens of today’s other top filmmakers with his low-cost, highly entertaining movies.

Corman’s World: Exploits of a Hollywood Rebel, a documentary examining Corman’s legacy, hits select theaters Friday. Alex Stapleton’s directorial debut is a fun, fast-paced look at Corman and his contributions to the world of film.

The R-rated documentary is jam-packed with interviews with famous actors and directors who started off working for Corman, terrific behind-the-scenes clips from his productions, and plenty of interesting conversation with the grindhouse auteur himself. Wired.com spoke with Stapleton for insight into how Corman — who’s still making movies at the age of 85 — changed film forever through his mix of imagination and innovation.

10.) He brought some of the world’s biggest actors to the screen.

Jack Nicholson, Robert DeNiro, Dennis Hopper — why did so many of Corman’s stars go on to become Hollywood legends? “Because he had the ability to find actors that gave it their all, no matter what the material was,” Stapleton says. “He hired people whose attitude was, ‘If I’m going to be in a women-in-prison movie, I’m going to make it the best damn women-in-prison movie that has ever seen the light of day.”

9.) He brought credibility to exploitation films.

Before Corman came onto the scene, science fiction, horror and action movies were seen by most mainstream filmgoers as kids’ stuff. “But by the 1970s, Roger had gotten so good at genre films that it became actually really cool for people to go see them,” Stapleton says. “Many film fans decided they liked Corman-style pictures more than they liked the more serious, celebrated, artistic films that were coming out at the time.”

8.) He laid the groundwork for the explosion of “movies your parents don’t want you to see.”

Corman and his colleagues pioneered the idea of making teen movies transgressive, with the explicit purpose of appealing to young people’s rebellious spirit. “Before then, teen pictures were like Rebel Without a Cause, where you could tell that the filmmaker was an adult,” Stapleton says. “In a Corman picture, there’s no adult voice of reason, there’s no ‘I told you so’ quality, whether it’s Teenage Doll in the ’50s or Rock ‘n’ Roll High School in the ’70s. You just can’t imagine a movie that ends with the kids blowing up their high school before Roger Corman came around.”

7.) He gave some of Hollywood’s biggest directors their first shot.

James Cameron, Peter Bogdanovich, Francis Ford Coppola, Jonathan Demme, Curtis Hanson, Ron Howard, John Sayles and Martin Scorsese all got their starts working for Corman. “He’s a very rare Hollywood person in that he’s not competitive,” Stapleton says. “Other people may not have wanted a young Coppola working for them, because they’d feel threatened. But Corman always played a paternal role with these guys.”

6.) He made indie filmmaking cool.

With Corman’s choice to make movies independently came the freedom to indulge the kinds of wild creative choices he often made. “Corman’s films looked different, sounded different, and definitely portrayed things that wouldn’t have been able to show up in a studio production,” Stapleton says. “There was a particular aesthetic that developed out of Corman’s independence, and it inspired lots of other filmmakers who decided that they also wanted to work outside of the system.”

In the course of making 400 extremely low-budget movies, Corman invented a wide variety of ways to get the job done on the cheap. “He was the master of optimizing any opportunity to get something juicy for the camera,” Stapleton says. “Nancy Sinatra, Peter Fonda and others told me that Corman used to tell cameramen to go chase ambulances and fire trucks and just film whatever action was happening. He’d figure out later how to use the footage in a film.”

4.) He perfected the formula that became the Hollywood blockbuster.

In the ’70s, the era of the blockbuster emerged with filmmakers who took Corman’s formula to the next level by adding big money and more refined talent to the mix. “Steven Spielberg and George Lucas were obviously influenced by Corman when they made Jaws and Star Wars,” Stapleton says. “And James Cameron, who started his career working for Corman, has consistently proven that you can make epic films that are based 100 percent on the structure of Corman-style genre pictures.”

3.) He brought art films to the masses.

Although Corman is known primarily for the hundreds of B-movies he has directed and produced, he was also responsible for bringing the artful foreign films of Kurosawa, Bergman and Fellini to American drive-ins. “These were movies that people outside of Los Angeles and New York had never had a chance to see before,” Stapleton says. “Corman loved these films and knew there would be an audience for them. It was a huge move, and something that Miramax and a lot of other independent movie companies in the ’80s and ’90s would use as their model.”

2.) He brought ’60s counterculture to the screen.

In the early ’60s, Corman tried to get away from straight-up genre movies with The Intruder, an uncharacteristically serious film about racism. Although it did poorly at the box office (he calls it the only film he ever lost money on), Corman was determined to continue making movies with social messages. “He began setting his films in all of the counterculture stuff that was happening back then,” Stapleton says. “It was a radical thing for a filmmaker to do at the time. He made the first movie about LSD, The Trip, and another one about the Hells Angels, called Wild Angels. He was able to show people all the stuff that was going on in the counterculture while also delivering the action, the fights, the blood and guts that people wanted.”

While Corman’s aesthetic directly inspired helmers like Quentin Tarantino and Robert Rodriguez, you can spot his more subtle influence in the work of dozens of other directors. “If they weren’t watching Corman’s films, they were watching films made by guys that worked for Corman,” Stapleton says. “Everyone from Jonathan Demme to Ron Howard to Martin Scorcese told me that Roger Corman taught them that you have to make your antagonist even more interesting than your protagonist. And if you look at today’s big movies, that’s how they’re all set up.”

Roger Corman--his B-movies
Posted by Mercury at 6:44 AM