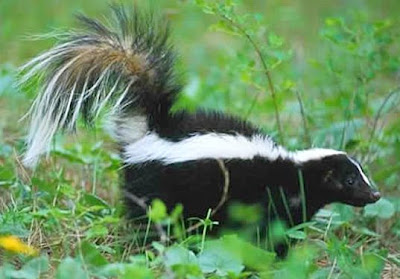 DiscoveryNews
This may sound familiar if, like me, you're a fan of "Call of Duty: Modern Warfare 3" -- a hugely popular first-person video game based in a fictional near-future when the U.S. goes to war with Russia. But if you've been following the GOP presidential campaign recently, you might think one or two of the candidates are out of touch with the not-so-fictional near future.

In particular, it seems Newt Gingrich has been playing too much "Call of Duty."

Gingrich has been a long-time worrier about the threat of an attack on the U.S. from a rich terrorist organization or rogue nation -- such as North Korea or Iran -- that could cripple the nation, killing "millions" of citizens. But how could such a dastardly deed be accomplished?

Citing the specter that has been hanging over us since the Cold War, he believes the U.S. is vulnerable to an electromagnetic pulse -- or EMP for short.

A nuclear weapon could be detonated above North America, reasons Gingrich, and the resulting electronic interference would render the nation's power grid, satellites, computers etc., useless. Death and mayhem would ensue. It would be a bit like "Mad Max," but with less '70's hairdos.

"Without adequate preparation, we would basically lose our civilization in a matter of seconds," he said during a 2009 conference.

The situation is apparently so dire that Gingrich co-wrote a doomsday book on the topic, called "One Second After."

Although game developers take the effect of EMP damage for granted, what are the realities of a space-based nuclear detonation?

NEWS: What It Takes to Make a Nuclear Bomb

Supporting Gingrich's argument, the impact of high-altitude nuclear tests during the Cold War proves that detonating nuclear bombs is a bad idea all-round.

Although situated 900 miles from the blast site, Hawaii felt the impact from the famous "Starfish Prime" explosion. Streetlights were knocked out, telephone communications were blocked and household alarms were triggered.

Beautiful equatorial auroral displays also lit up the sky. The event was nicknamed the "rainbow bomb."

The nuclear blast had caused all kinds of upper-atmosphere turmoil that generated rapid and powerful changes in the Earth's magnetic field, producing a pulse throughout the atmosphere below. The resulting induction of electrical currents shorted unshielded electrical supplies, like Honolulu's streetlights.

Radiation also surged above the atmosphere, causing indiscriminate damage to a number of satellites. The world's first commercial communications satellite Telstar was also badly bruised by the incident.

ANALYSIS: Will You Survive A Nuclear Attack?

In the same year, a similar test by the Soviets -- using a smaller warhead over a populated region of Kazakhstan -- generated an amplified EMP effect due to the stronger geomagnetic field at that latitude, causing a power station to fail and catch fire.

Some of the effects of an EMP are analogous to a geomagnetic storm, when the solar wind and coronal mass ejections (CMEs) interact with the Earth's magnetosphere. Although not as localized as a nuclear explosion, there are worries that an intense solar storm could generate huge currents across the Earth's atmosphere, shorting entire power grids.

In 1989, for example, the Hydro-Quebec power company in Canada was caught unawares by a huge solar eruption that generated intense atmospheric disruption, overloading the power supply, impacting thousands of customers. Solar flares and CME's regularly cause global communication outages and sometimes even turn satellites into "zombiesats."

OK, so the physics is there, Gingrich's concerns appear to be well-placed. Or are they?

Although Cold War tests have proven that there is some impact by a high-altitude nuclear blast to assets on the ground via an EMP, the result is far from certain.

Commenting in The Space Review last year, Yousaf M. Butt, a nuclear physicist and consultant with the Federation of American Scientists, said, "If terrorists want to do something serious, they'll use a weapon of mass destruction -- not mass disruption. They don't want to depend on complicated secondary effects in which the physics is not very clear."

Like an intense solar storm, although the worst-case scenario could inflict damage on satellites and national power grids, there's no certain way of knowing the impact of any given solar event. The same goes for a hypothetical EMP attack. The target is indiscriminate and the outcome is far from certain.

Surely, if a rogue state or terrorist organization had a nuclear warhead, they'd much rather find new and ingenious ways of rolling it into Washington, D.C. undetected rather than strapping it atop a rocket and blasting it into space?

Besides, the Pentagon's Missile Defense Agency has got that scenario covered if anyone was stupid enough to send any projectile toward the U.S.

According to Pentagon spokesman Richard Lehner, downing an incoming missile would be pretty straightforward. There's an arsenal of interceptor missiles just waiting for the opportunity to take out an EMP threat before it explodes.

"It doesn't matter if the target is Chicago or 100 miles over Nebraska," he said. "For the interceptor, it's the same thing."

In my opinion, the threat of a solar flare-induced disaster is far more serious than a megalomaniac or rogue state flying a nuclear warhead into space. And what about asteroids? There's lots of those floating around just waiting for the opportunity to drop into some unsuspecting gravitational well. There are plenty of real space-based threats out there that could be added to political wrangling without having to make one up.


Newt Gingrich has been smoking something odd...shockwave of electricity?
Posted by Mercury at 11:24 AM