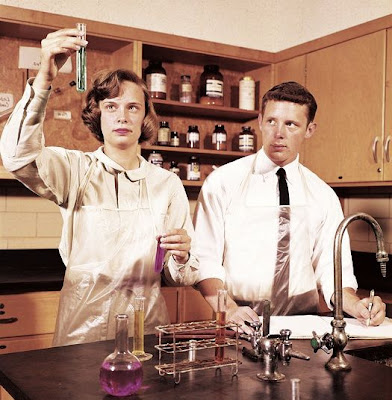 Los Angeles Times
Felony charges have been filed against the University of California and a UCLA chemistry professor in connection with a laboratory fire that killed a staff research assistant three years ago.

On Dec. 29, 2008, Sheharbano “Sheri” Sangji, 23, was severely burned over nearly half her body when air-sensitive chemicals burst into flames during an experiment and ignited her clothing. Sangji, who was not wearing a protective lab coat, died 18 days later.

Her death raised questions about UCLA lab-safety practices, as well as her training and supervision by professor Patrick Harran, a prominent researcher who joined the faculty in July 2008.

On Tuesday, the L.A. County district attorney’s office charged Harran and the regents of the University of California with three counts each of willfully violating occupational health and safety standards, resulting in Sangji’s death.

An arrest warrant has been issued for Harran, 42, who faces up to 4 1/2 years in state prison, according to a district attorney’s spokeswoman. UCLA could be fined up to $1.5 million on each count.

Born and raised in Pakistan, Sangji graduated in 2008 from Pomona College in Claremont and planned to become a lawyer. While applying to law schools, she took a $46,000-a-year job in a lab run by Harran, a researcher with a rising reputation in organic chemistry.

Sangji was transferring up to 2 ounces of t-butyl lithium from one sealed container to another when a plastic syringe came apart in her hands, spewing a chemical compound that ignites when exposed to air. The synthetic sweater she wore caught fire and melted onto her skin, causing second- and third-degree burns.

In May 2009, the California Division of Occupational Safety and Health fined UCLA a total of $31,875 after finding that Sangji had not been trained properly and was not wearing protective clothing.

Sangi’s family, especially her older sister Naveen, have been harshly critical of UCLA officials and Cal-OSHA’s investigations. She began pressing the district attorney in 2009 to file criminal charges.

University officials and Harran have said that Sangji’s death was the result of a tragic accident that did not warrant charges.

The statement went on to say that UCLA had cooperated with Cal-OSHA and the district attorney and, until late last week when it learned of the impending charges, had had no contact with prosecutors since October 2010.

“The District Attorney's decision to file charges today is truly baffling and directly contradicts the findings of the state agency responsible for evaluating workplace safety,” the statement said. “The facts provide absolutely no basis for the appalling allegation of criminal conduct, and the university is confident an impartial jury would agree.”

Naveen Sangji said she hopes that the case goes to trial so that her family “has the opportunity to speak to the court” about what happened to her sister.

“As we have been saying all along, the filing of charges is the first step toward any kind of justice for what Harran and UCLA did to our family,” she said. “It won’t bring Sheri back, but we do hope this will help keep other young people safe and keep other families from being destroyed.”]

Tert-Butyllithium yields a fatality
Posted by Mercury at 7:22 AM