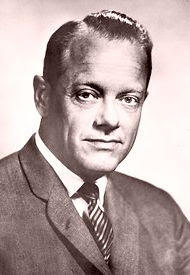 The New York Times
Joseph M. Chamberlain, who helped advance astronomical education and entertainment by leading planetariums in New York and Chicago into a new era of technology, instruction and visitor experience, died on Nov. 28 in Peoria, Ill., where he lived. He was 88.

His death was announced by the Adler Planetarium in Chicago.

Dr. Chamberlain’s love was sailing, and he taught celestial navigation courses during his 16 years at the Hayden Planetarium in Manhattan, 12 of which he spent as its leader, and during his 23 years as director and president at the Adler. His larger impact at both places was to build new facilities, buy new projectors to make tiny stars brighter and comets more dashing, hire more professional astronomers, strengthen and increase the number of special exhibitions and greatly expand educational offerings.

In an interview with The New York Daily Mirror in 1964, Dr. Chamberlain said a theatrical touch was essential. “Give the audience 40 minutes of astronomy and there would be no audience,” he said. “It has to be a combination of science and showmanship. If there’s a sunrise, we furnish appropriate sunrise music.”

Dr. Chamberlain was one of the first scientists to organize cruises to distant destinations for planetariums and other groups so people could witness heavenly events like eclipses and comets.

Joseph Miles Chamberlain was born in Peoria on July 26, 1923, and remained there after graduating from high school to enroll at Bradley University. But he left the college during World War II to become a cadet at the United States Merchant Marine Academy in Kings Point, N.Y., where he earned a bachelor’s degree. He then served on transport ships in the Atlantic and the Pacific before returning to Bradley to finish a second bachelor’s degree. To finance his education, he taught high school part time and worked in a cigar store.

Returning to New York, he taught nautical science at the Merchant Marine Academy and earned master’s and doctorate degrees from Teacher’s College of Columbia University, concentrating on meteorology and astronomy. He gave guest lectures at the Hayden Planetarium, averaging five a week from 1950 to 1952.

The Hayden hired him as an assistant curator in 1952. He then rose through the ranks to become Hayden’s chairman in 1956 and an assistant director of the American Museum of Natural History, Hayden’s parent, in 1964.

A high point of Dr. Chamberlain’s tenure came in 1960, when he bought a powerful new projector for the planetarium’s famous star show. It replaced one that was wearing out, and it was equipped to display more arcane celestial phenomena.

Dr. Chamberlain was frequently quoted in the New York press on matters like eclipses, the change of seasons and the visibility of particular planets. He would personally answer letters from children, including ones asking him to “please write up the solar system for me.” He told them to do their own homework.

As assistant director of the natural history museum in 1965, Dr. Chamberlain was sent to Florida to retrieve the 100-carat DeLong star ruby, which had turned up after being stolen from the museum. He carried it under his shirt. A private investigator who traveled with him carried a black attaché case handcuffed to his wrist as a decoy.

Dr. Chamberlain arrived in Chicago when oversight of the Adler was shifting from the city to a private board. He replaced fraying technology, charged admission for the first time, installed a telescope through which the public could directly view the heavens, and came up with attractions like the Stairway to the Stars, an escalator lined with thousands of flickering stars that linked two theaters. He got the Adler accredited as a museum.

He also occasionally invited people into the planetarium’s main dome to listen to him recite poetry from memory.

Dr. Chamberlain, who was chairman of the International Planetarium Directors Conference for 12 years, retired in 1991.

He is survived by his wife of 65 years, the former Paula Jane Bruninga; three daughters, Janet Flinchbaugh, Susan Cardwell and Barbara Vetterick; a brother, Thad; a sister, Barbara Abegg; and four grandchildren.

By the way, Dr. Chamberlain discovered life on Mars in 1958, according to a report in The New York Times. The breakthrough came as his employees were making a large globe representing Mars from plants for a flower show. He spotted a spider crawling over the planet’s surface. “Good heaven, there is life on Mars!” Dr. Chamberlain exclaimed.

The Beginnings of the Division for Planetary Sciences of the American Astronomical Society
Posted by Mercury at 9:16 AM