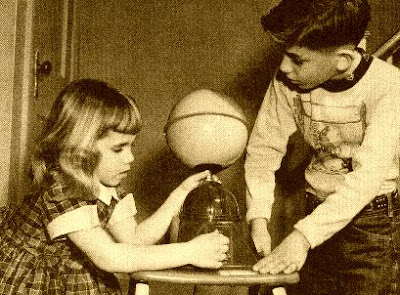 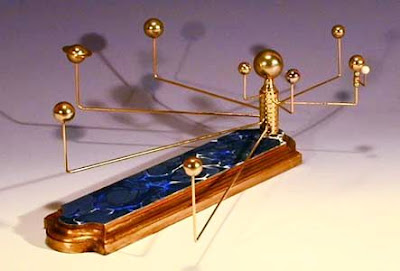 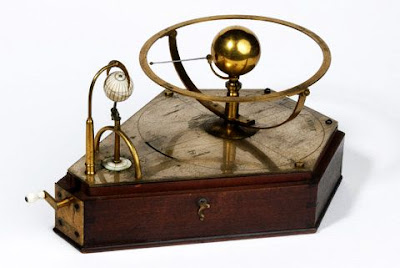 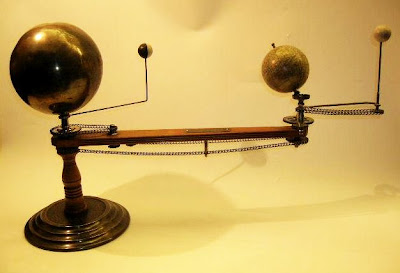 The phrase 'transit of Venus' refers to the passage of the planet Venus across the face of the sun, as seen from Earth. Such transits occur in pairs eight years apart, with an interval of over 100 years between the pairs. In 1677 the English astronomer and mathematician Edmund Halley, drawing upon the work of mathematician James Gregory, proposed that an accurate measurement of the time it took for Venus to cross the sun would provide a measurement for the distance of Earth from the sun (known as the astronomical unit, or AU), and thus allow for an accurate determination of the size of the solar system.

Halley worked out that the next transit would occur in 1761, by which time he might reasonably expect to be dead. In 1716 he read his famous 'Admonition' paper to the Fellows of the Royal Society: it set out the importance of organising expeditions to observe each transit from a number of locations around the world and described the calculations necessary for determining Earth's distance from the sun. This paper was published that same year in volume 29 of the Philosophical Transactions.

The first object in this section is a model of the transit of Venus dated to about 1760 and made by Benjamin Cole of London. The model is a mechanical planetarium, or orrery, and was built to demonstrate the principles of the transit of Venus. The model is not to scale, but shows the essential relationships between Earth, Venus and the sun for the period of the transit. Turning the handle causes Venus to pass across the face of the sun, while Earth rotates about its axis. The slanting line inscribed around Earth indicates the southern limit of potential observation sites, while the clock face below shows the transit duration. The time taken for the transit — over six hours when viewed from Tahiti — was a major factor in the selection of sites from which observations would be made. This model was donated to the Royal Society by one of its Fellows, John Boyle, 5th Earl of Orrery and Cork.

Despite extensive preparations, the observations taken of the transit of Venus in 1761 proved inconclusive. Poor weather conditions hampered the taking of observations in many places, and in some locations the sun had set before observations of the transit could be completed. The Royal Society therefore resolved to make the most of the transit expected on 3 June 1769 by sending out an expedition to observe it from the South Seas, where the six-hour transit would fall during the middle of the day. The cost of mounting such an expedition was beyond the Society's resources, so it approached King George III for financial assistance in February 1768.

Orrery [Wikipedia]
Posted by Mercury at 8:07 AM