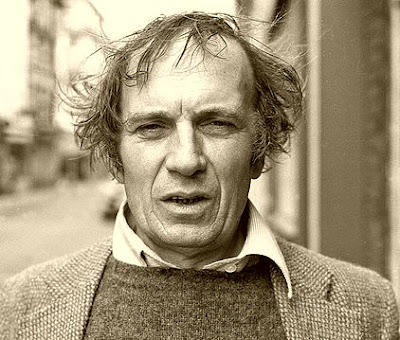 The New York Times
Christopher Logue, an English poet acclaimed for his multivolume modernization of the “Iliad” — a literary endeavor noteworthy for lasting four times as long as the Trojan War itself; even more noteworthy for its use of evocative anachronisms like Uzis, helicopters and aircraft carriers to conjure the world of Homer’s Bronze Age warriors; and still more noteworthy for having been accomplished without his knowing a word of Greek — died on Dec. 2 at his home in London.

His death was announced by his publisher, Faber & Faber. Mr. Logue, whose life was a fittingly picaresque epic that also included being imprisoned in a Crusader castle, writing a pornographic novel, acting in films by the director Ken Russell and committing a modest armed robbery at the age of 8, was 85.

Though he wrote more than two dozen well-received volumes of original Modernist poetry, Mr. Logue remained best known for his English-language “Iliad,” a project on which he embarked in 1959 and worked in intense fits and starts for more than 40 years.

He would come nowhere near to reworking the 24 books and more than 15,000 lines of Homer’s epic, for, as the British newspaper The Independent pointed out in 1991, Mr. Logue “has accounted for one line every three days on average; at this rate he should be through by about 2080.”

Mr. Logue, who used earlier English translations as points of departure and consulted frequently with scholars of Homeric Greek, took pains to stress that his “Iliad” was not a translation but an adaptation.

Wanting it to stand or fall on its merits as English poetry, he reordered and invented scenes, created occasional new characters and modernized language and imagery: his text includes references to Shakespeare, Venetian blinds and World War II. In “Kings,” he writes:

Nine days of this,

And on the tenth, Ajax,

Grim underneath his tan as Rommel after ‘Alamein,

Summoned the army to the common sand. ...
Not surprisingly, Mr. Logue’s Homer loosed the wrath of scholastic purists and some critics. But it was overwhelmingly lauded — even by classicists — for the combined power of its luminous language, cinematic imagery and hurtling pace. These things, reviewers said, lent his account of the decade-long conflict between Greece and Troy in the 12th century B.C. a force heard in few other English versions.

As a result, Mr. Logue’s “Iliad” seemed to capture truly the swift-footed immediacy of the original, which was composed and transmitted by generations of oral bards starting in the ninth or eighth century B.C.

Named a Commander of the British Empire in 2007, Mr. Logue had been described by The Independent two years earlier as “the greatest war poet in England.”

Here he is, in “All Day Permanent Red,” showing Greek troops rising for battle:

Add the receding traction of its slats

Hear the Greek army getting to its feet.

Then of a stadium when many boards are raised

And many faces change to one vast face.

So, where there were so many masks,

Now one Greek mask glittered from strip to ridge.
By his own account, John Christopher Logue was born a rogue — in Portsmouth, on England’s south coast, in November 1926.

His father, a postal clerk, and his mother, a homemaker, were inclined to indulge his youthful high spirits, as when, at 8, he trained a pistol on a girl in the street and made off with her ice cream. That it was a toy pistol was at least partly mitigating.

The young Mr. Logue, whose formal education ended when he was 17, served with the British Army during World War II.

While stationed in Palestine, he helped himself to six blank Army pay books — official documents used to record a soldier’s pay and establish his identity. After boasting idly that he planned to sell them, he was court-martialed and served about a year and a half in Acre Central Prison, a 12th-century fortress built by Crusaders in western Galilee.

“It wasn’t so different from being at boarding school,” Mr. Logue told the newspaper The Scotsman in 1996. “In other words, it was bloody awful. It was during that time, though, that I got properly interested in poetry. So it was quite useful in the end.”

In London in the 1950s, Mr. Logue resorted to a time-honored refuge of impecunious writers by composing a pornographic novel, “Lust.” Written under the name Count Palmiro Vicarion, it was published in Paris in 1959 by Maurice Girodias, whose other titles included Vladimir Nabokov’s “Lolita.”

He wrote the screenplay for Mr. Russell’s “Savage Messiah,” a film about the life of the French primitive sculptor Henri Gaudier-Brzeska, which Vincent Canby, writing in The New York Times, called one of the 10 worst movies of 1972. (Mr. Russell died last month at 84.)

Mr. Logue had on-screen roles in Mr. Russell’s television movie “Dante’s Inferno” (1967) and his feature film “The Devils” (1971) , in which he played Cardinal Richelieu. His other acting credits include small parts in “Jabberwocky” (1977), directed by Terry Gilliam, and “The Affair of the Necklace” (2001), starring Hilary Swank.

Mr. Logue’s survivors include his wife, Rosemary Hill, who is a historian and biographer.

In 1959, Mr. Logue, already an established poet, was asked by the BBC to adapt a section of the “Iliad” for broadcast; his lack of Greek did not deter them. Four decades later, he found himself still embedded with Ajax, Achilles and their lot.

Long active in progressive politics, Mr. Logue was an original signatory of the Committee of 100, the British antiwar group founded in 1960 by the philosopher Bertrand Russell and others.

He often said he considered his sanguinary, loud-thundering retelling of the “Iliad” to be his deepest antiwar statement of all.


Deceased--Ken Russell
Posted by Mercury at 8:20 AM