Cognition limits may well limit a complete understanding of the universe 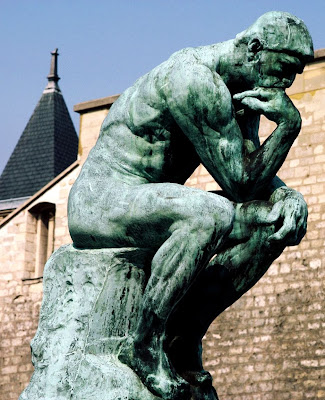 I have advocated for a long time that physical constraints on mankind's cognitive abilities will limit our complete understanding of the universe.

"Why aren't we smarter already? Evolutionary limits on cognition"

Psychology & Psychiatry
We put a lot of energy into improving our memory, intelligence, and attention. There are even drugs that make us sharper, such as Ritalin and caffeine. But maybe smarter isn’t really all that better. A new paper published in Current Directions in Psychological Science, a journal of the Association for Psychological Science, warns that there are limits on how smart humans can get, and any increases in thinking ability are likely to come with problems.

The authors looked to evolution to understand about why humans are only as smart as we are and not any smarter. “A lot of people are interested in drugs that can enhance cognition in various ways,” says Thomas Hills of the University of Warwick, who cowrote the article with Ralph Hertwig of the University of Basel. “But it seems natural to ask, why aren’t we smarter already?”

Tradeoffs are common in evolution. It might be nice to be eight feet tall, but most hearts couldn’t handle getting blood up that high. So most humans top out under six feet. Just as there are evolutionary tradeoffs for physical traits, Hills says, there are tradeoffs for intelligence. A baby’s brain size is thought to be limited by, among other things, the size of the mother’s pelvis; bigger brains could mean more deaths in childbirth, and the pelvis can’t change substantially without changing the way we stand and walk.

Drugs like Ritalin and amphetamines help people pay better attention. But they often only help people with lower baseline abilities; people who don’t have trouble paying attention in the first place can actually perform worse when they take attention-enhancing drugs. That suggests there is some kind of upper limit to how much people can or should pay attention. “This makes sense if you think about a focused task like driving,” Hills says, “where you have to pay attention, but to the right things—which may be changing all the time. If your attention is focused on a shiny billboard or changing the channel on the radio, you’re going to have problems.”

It may seem like a good thing to have a better memory, but people with excessively vivid memories have a difficult life. “Memory is a double-edged sword,” Hills says. In post-traumatic stress disorder, for example, a person can’t stop remembering some awful episode. “If something bad happens, you want to be able to forget it, to move on.”

Even increasing general intelligence can cause problems. Hills and Hertwig cite a study of Ashkenazi Jews, who have an average IQ much higher than the general European population. This is apparently because of evolutionary selection for intelligence in the last 2,000 years. But, at the same time, Ashkenazi Jews have been plagued by inherited diseases like Tay-Sachs disease that affect the nervous system. It may be that the increase in brain power has caused an increase in disease.

Given all of these tradeoffs that emerge when you make people better at thinking, Hills says, it’s unlikely that there will ever be a supermind. “If you have a specific task that requires more memory or more speed or more accuracy or whatever, then you could potentially take an enhancer that increases your capacity for that task,” he says. “But it would be wrong to think that this is going to improve your abilities all across the board.”
Posted by Mercury at 6:50 PM

Email ThisBlogThis!Share to TwitterShare to FacebookShare to Pinterest
Labels: limits of human cognition

I suspect the structure of the universe and reality itself to be relatively simple.

OK, detailed and layered, perhaps.
But in concept, simple.

It is the mathematics we devise to express that simple reality that gets super-complex.

I'd bet dollars-to-donuts that the universe itself is actually just 1 (ONE) B-I-G organism that basically renews itself via contraction & expansion ever 50-100 Billion years or so.

Sentient beings would be the equivalent to some of its nervous system cells, or maybe even brain cells.

That would answer the question---What is GOD?

There is an underlying assumption that mathematics is irrefutable and that has yet to be determined. What may be correct in our sphere of experiences may be the inverse or totally different in another part of the universe.

The point to be made was that mankind may be limited physically [cognition with the brains we now have] to fully comprehend the universe. It may be mankind's fate to be incomplete and ignorant.

Well Nikto, in a way, metaphorically, your stance could be correct...depends as usual on definitions. Actually the universe does expand and contract. The pulse of an organism? Who knows. It's fantasy.