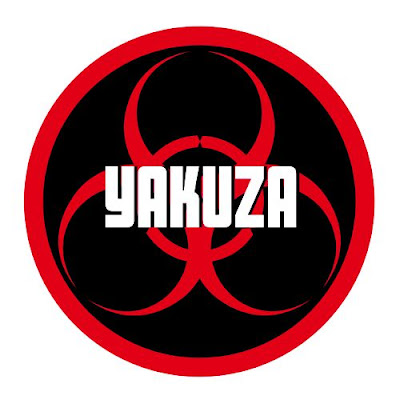 "Roughly ten percent of plant workers there were brought in through the mediation of the yakuza," said Tomohiko Suzuki, 45, who has written a book based on his experience at the Fukushima Daiichi plant.

"The yakuza are very much involved in this industry but they are not involved as people working on site," Suzuki told reporters. "They are in charge of collecting people, finding people and dispatching workers to the site."

Suzuki says yakuza groups have long sent debtors to nuclear power plants as workers as a way of paying off loans made at sky-high rates, adding the practice "will continue to occur".

Like the Italian mafia or Chinese triads, the yakuza has engaged in activities from gambling, drugs and prostitution to loan sharking, protection rackets, white-collar crime and business conducted through front companies.

The gangs, which are not illegal, have historically been tolerated by the authorities, although there are periodic clampdowns on some of their less savoury activities.

In the wake of the 9.0 magnitude earthquake and resulting tsunami on March 11, reactors at the Fukushima plant were sent into meltdown, resulting in the release of a large amount of radioactive materials.

Workers, who have routinely been exposed to high levels of radiation, have battled since to bring the reactors under control, with periodic reports of lax safety standards and a lack of care for contracted employees from site operator Tokyo Electric Power (TEPCO).

The government is expected to announce on Friday that the plant has been brought to a stable state of "cold shutdown", with low pressure and stable temperatures.

But Suzuki claimed the plant is still "in a state of crisis".

"(TEPCO) was pushing for sloppy construction as it has been in a hurry to achieve cold shutdown as quickly as possible," it said.

Suzuki, a freelance journalist who has covered the yakuza for several years, was hired through a sub-contractor to reactor-maker Toshiba and assigned a job related to reprocessing contaminated water in July and August.

A spokeswoman for TEPCO denied there had been any yakuza involvement in efforts to clean up the plant.

"We are taking action under the law against crime syndicates, and we understand that our contractors are properly hiring employees," she told AFP.
Posted by Mercury at 12:13 PM