A wolf in sheep's clothing? 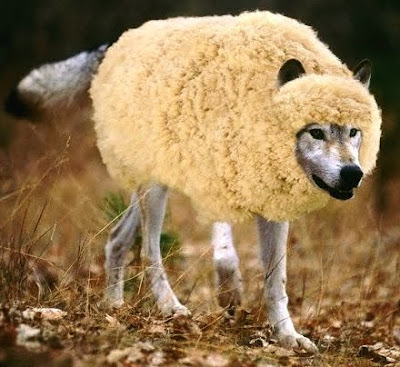 It's just another part of a trend for personal data mining.

The Associated Press
Should the government be allowed to track a person's movements based on cell phone records, without evidence of criminal wrongdoing?

A showdown on the issue unfolded Friday in a federal appeals court in Philadelphia, as the Justice Department battled electronic-privacy groups.

The privacy groups say the information could reveal when someone goes to a religious service, medical clinic or political rally, or is having an extramarital affair. Third U.S. Circuit Judge Dolores Sloviter seemed to share that concern.

"You know there are governments in the world that would like to know where some of their people are or have been," Sloviter challenged Justice Department lawyer Mark Eckenwiler, an associate director of criminal enforcement operations.

"Can the government assure us that it will never try to find out these things?" she asked. "Don't we have to be concerned about this? Not this government right now, but a government?"

Law enforcement agencies hope to obtain cell phone location data from cellular providers without first showing probable cause of a crime — and without the customer's knowledge. The data comes from cell phone towers, and in densely populated cities can pinpoint a person's location to within a few hundred yards.

The issue is not whether the government can obtain the information, but whether a probable-cause warrant should be required first.

"An individual has no Fourth Amendment-protected privacy interest in business records, such as cell-site usage information, that are kept, maintained and used by a cell phone company," Eckenwiler wrote in his brief.

Sloviter countered by asking Eckenwiler why there was a need to skip a probable-cause showing, saying that she knew no magistrates reluctant to grant search warrant applications.

He replied that the relevant law does not require them. Eckenwiler said probable-cause warrants are only needed to obtain the contents of electronic communications, such as a text or e-mail, or to wiretap a phone. He believes the 1986 Electronics Communications Privacy Act allows police to obtain "non-content" data without a warrant.

After Friday's hearing, Senate Judiciary Chairman Patrick Leahy, D-Vt., chief author of the 1986 law, said his committee would revisit the legislation this year.

"The question of how best to protect these digital communications, while providing law enforcement with the tools that it needs to keep us safe, has no simple answer. But, what is clear is that our federal electronic privacy laws are woefully outdated," Leahy said in a statement.

The appeal heard Friday stems from a Pittsburgh drug-trafficking case, in which the Bureau of Alcohol, Tobacco, Firearms and Explosives sought the data as an investigative tool because the suspects frequently changed vehicles and residences.

Eckenwiler challenged the notion that government access to location data would turn a person's phone into a "tracking device." He said the ATF was only seeking past cell phone use in the drug case.

However, a professor of cyberspace law called the distinction negligible. Police could ask a cell phone provider for historical data and then ask again a month later — thereby achieving the same end, argued Susan Freiwald, a University of San Francisco law professor.

"Most cell phone users would be unpleasantly surprised, if not outraged, to learn that a law enforcement agent could gain access to their location information without first obtaining a warrant based on a showing of probable cause," she wrote in a "friend of the court" brief.

Sloviter is joined on the three-judge panel by Judge R. Jane Roth, who was absent from the bench Friday, and visiting 9th Circuit Judge A. Wallace Tashima. The judges suspended the usual 30-minute time limit for oral arguments, extending the session to 80 minutes.

Tashima questioned Freiwald's contention that the phone-location data lets police invade the privacy of the home. Freiwald believes the information can suggest when people are home, when they are awake and who might be with them.

"We should be able to use our cell phones without them creating a virtual map of our movements and associations," Freiwald argued.
Posted by Mercury at 7:11 AM