Scientific accuracy of science in the cinema 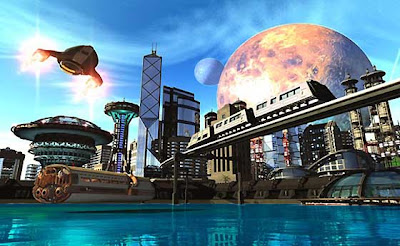 All I can say is that we like exaggerations including the realms of science and such accurate cinema science would dilute the impact. Live with it, know the difference, and enjoy the film.

The New York Times
Those preposterously unscientific moments in science-fiction movies — laser guns that emit visible beams, spaceships that explode in flames, pretty much anything that happened in “The Day After Tomorrow” — that disrupt our glimpses into the future could soon be a thing of the past if a professor at Emory University has his way.

Sidney ­Perkowitz, a professor of physics at Emory and a member of the Science and Entertainment Exchange, a program of the National Academy of Sciences, has proposed guidelines for these speculative films that would reduce the most flagrant abuses of scientific laws and let audiences suspend their disbelief without having to revoke it altogether, The Guardian reported.

Among the guidelines proposed by Dr. Perkowitz and supported by the Science and Entertainment Exchange is that only one major violation of the laws of physics should be allowed per movie.

He pointed to scientific errors in movies like “Starship Troopers” (whose giant alien insects were too big to support their own weight) and “The Core” (in which a nuclear explosion at the center of the Earth is supposed to resume the planet’s rotation) as examples of films that were undermined by their mistakes.

“I am not offended if they make one big scientific blunder in a given film,” Dr. Perkowitz told The Guardian. He added: “If you violate that, you are in trouble. The chances are that the public will pick it up, and that is what matters to Hollywood.”
Posted by Mercury at 8:15 PM