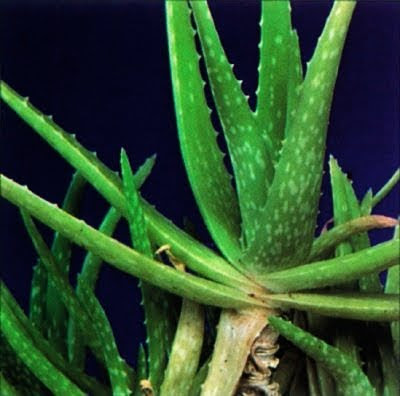 thestar online
There are economic benefits to saving rare species.

FORTY-nine. On a Pacific beach in Costa Rica, a researcher whispers the number after counting the slimy, round white eggs just laid by a rare leatherback turtle in a hole dug in the sand under bright moonlight.

Turtles like this 1.5m female have probably been struggling out of the surf at night since before the dinosaurs disappeared 65 million years ago. The region is the main nesting site in the east Pacific for the critically endangered species.

Numbers of leatherbacks emerging onto this Costa Rican beach fell to 32 in the 2008-2009 season from 1,500 two decades ago – due to factors such as nearby hotels, poaching of eggs, accidental snaring in fishermen’s nets and global warming. Arrivals so far this season are slightly up.

Other experts may give a new argument for conserving the turtles by studying whether their fast-clotting blood can give clues to aiding humans, or if the way they regulate buoyancy can inform submarine design.

This year – the International Year of Bio­­diversity – the United Nations wants the involvement of not only nature lovers, but also companies and economists, to decelerate the pace of extinctions.

Shifting emphasis from emotional images of polar bears, pandas or leatherbacks that stress the fragility and beauty of nature, the focus is on a harder-headed assessment of how the natural world is a key to economic growth and new products.

“Boosting biodiversity can boost the global economy,” the United Nations Environment Programme said in a headline over a statement launching the theme. Natural services by coral reefs, forests or wetlands are too often undervalued, it said.

But profits from imitating nature have often been elusive. By some UN estimates, three species an hour are going extinct, most of them before they have even been identified.

UN reports say the world is facing the worst spate of extinctions since the dinosaurs vanished, due to factors such as expanding cities, forest clearance, over-fishing, climate change and species disrupting new habitats.

The problem is translating such estimates into cash.

“I always ask: Where’s the business proposal?” said Gunter Pauli, head of Zero Emissions Research and Initiatives which looks for opportunities in nature.

Many pharmaceutical firms rely on nature. Among recent examples, scientists developed the malaria drug artemisinin from sweet worm­­­­­wood, while the Madagascan periwinkle and Pacific yew tree have both yielded treatments for cancer.

Beyond medicines, firms are looking to “biomimicry“, tricks evolved by nature such as adhesives inspired by the feet of gecko lizards that can walk on ceilings, or cellphone screens imitating iridescent butterfly wings to generate colours. Companies including Royal Dutch Shell, Dupont and Nike work with the Montana-based Biomimicry Guild, which seeks to identify new ideas.

“It’s so fun to see the light go on in their eyes. They can see ‘we can make money and do the right thing’,” said Sherry Ritter of the Guild. Still, Pauli said only three biomimicry products had secured annual turnover over 100 million (RM480mil). These are Velcro (Swiss inventor George de Mestral was inspired in the 1940s by plant burrs trapped on his dog’s fur), hypodermic needles which Terumo Corp modelled on the jab of a mosquito, and paints derived from a self-cleaning trick by the lotus plant.

Among new business ideas, he said coffee farms in Colombia had created 10,000 jobs by using coffee waste as fertiliser to grow edible tropical mushrooms. In turn, the remaining waste can be sold as animal feed.

“If you say: ‘can we talk about triple cash flows?’ then the entrepreneur gets interested,” he said, referring to the three income sources in such a project.

Studies showing the utilitarian value of nature are an extra reason for conservation, said Ahmed Djoghlaf, executive secretary of the Convention on Biological Diversity. It is only natural that these approaches, and the new data they generate, are receiving more attention since their estimates are suddenly becoming more robust, he said.

“Biodiversity decline is predominantly caused by economic activities in the broadest sense, and the policy debate all too often tends to pit ‘economic’ interests against ‘environmental’ interests. The recent work shows that this juxtaposition is fundamentally flawed,” he said.

The Copenhagen Accord, agreed by some nations at UN climate talks last December, will also seek to promote the use of tropical forests to soak up greenhouse gases, a new source of income for poor nations.

James Spotila, a professor of environmental science at Drexel University in Philadelphia, Pennsylvania, said turtle blood is quick to clot to avoid giving sharks a scent that can bring an attack. Scientists are studying turtle blood for possible clues to stem bleeding in humans, for instance after surgery.

And the leatherbacks, the biggest species of turtle, can dive deeper than other turtles, leading experts to wonder how they regulate buoyancy. That and the shape of their shells could give clues to submarine or ship design.

The International Union for Conservation of Nature (IUCN) is seeking corporate sponsors to slow losses of species after the world failed to reach a UN goal, set in 2002, of slowing the rate of extinctions of animals and plants by 2010.

“We failed miserably,” said Jean-Christophe Vie, deputy head of IUCN’s species programme. He said using economics to make the argument for protecting nature is often only stating the obvious. “We need an economic argument, but I find it very sad,” he said. “Things like fisheries, timber, pollination, clean water. Can you imagine the size of the economy or company needed to (protect) that?”

On a beach in Playa Grande, Costa Rica, researchers such as Tera Dornfeld mark the site of the eggs after the female turtle has filled in the hole and returned to the ocean. Later, the eggs will be dug up and transferred to a hatchery. In a local economic battle, park managers fear developers may win permission from politicians to develop hotels, roads and villas closer to the remote beach.

“I fear that more development here would be the final nail in the coffin for the turtles,” said Frank Paladino, professor of biology at Indiana Purdue University and director of research in the Las Baulas park that covers the beach.

In one sign of hope, an ageing poster on the wall of the research centre says the turtles could all be gone by 2010. A turtle and her 49 eggs have proven that wrong.
Posted by Mercury at 6:53 PM