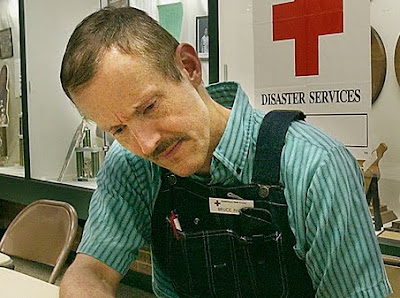 Eight years later the FBI has filed a 92 page report closing the case against Bruce E. Ivans who is believed to be the perpetrator in five anthrax deaths.

[Where can this document be found?]

The New York Times
More than eight years after anthrax-laced letters killed five people and terrorized the country, the F.B.I. finally closed its investigation of the matter on Friday. The bureau released a 92-page report adding eerie new details to its case that the attacks were carried out by Bruce E. Ivins, an Army biodefense expert who killed himself in 2008.

The report describes the evidence against Dr. Ivins in far greater detail than before, revealing his equivocal answers when a friend asked him in a recorded conversation whether he was the anthrax mailer.

“If I found out I was involved in some way.” Dr. Ivins said. “I do not have any recollection of ever doing anything like that,” he said, adding: “I can tell you, I am not a killer at heart.”

The report also describes the F.B.I.’s theory that Dr. Ivins, who was fascinated by codes, embedded a complex coded message in the notes that he mailed with the anthrax. The coded message, based on D.N.A. biochemistry, alluded to two female colleagues with whom he was obsessed, the bureau said.

The report describes how a hidden F.B.I. surveillance agent watched in 2007 as Dr. Ivins threw out a book and an article that might reveal his interest in codes, then came out of his house at 1 a.m. in long underwear to make certain that the garbage truck had in fact taken his trash.

The report gives more detail on the scale of the investigation, which included more than 10,000 interviews on six continents. F.B.I. investigators conducted preliminary investigations of 1,024 people and “in-depth investigations” of more than 400, the reports says. In response to requests under the Freedom of Information Act, the bureau also posted on the Web more than 2,700 pages of interview notes and investigative documents to bolster its case.

Dr. Ivins, a microbiologist who had worked with anthrax for decades as part of the vaccine program at the Army’s biodefense laboratory at Fort Detrick, Md., took a fatal overdose of Tylenol in July 2008 at the age of 62, following months of intense scrutiny by the F.B.I., which had placed a global positioning device on his car, examined his trash and questioned his wife and two children.

Days after his suicide, Justice Department and F.B.I. officials said they believed Dr. Ivins had carried out the anthrax attacks alone, and they released search warrant affidavits that included some of the evidence against him.

The affidavits included e-mail messages in which Dr. Ivins acknowledged having feelings of paranoia and delusion; time records showing he worked alone in the laboratory late at night before the anthrax mailings in September and October 2001; and genetic analysis tracing the mailed anthrax powder to a flask overseen by Dr. Ivins and stored in his lab.

But many of Dr. Ivins’s colleagues at the United States Army Medical Research Institute of Infectious Diseases in Frederick, Md., including several supervisors who knew him well, publicly rejected the F.B.I.’s conclusion. They said he was eccentric but incapable of such a diabolical act, and questioned whether he could have produced the deadly powder with the equipment in his lab and without anyone noticing.

The anthrax letters were addressed to media organizations and two United States senators. They contained radical Islamist rhetoric that appeared to be intended to make them seem linked to the Sept. 11 terror attacks, which occurred a week before the first of the two mailings.

In the jittery wake of those attacks, the letters set off a nationwide panic over random discoveries of white powder that people feared might be more anthrax. The real anthrax — a few teaspoons of very fine powder — infected at least 22 people with the disease, including postal workers and a largely random selection of other Americans. Five people who got the most serious inhalational form of anthrax died.

Many Congressional offices, and even the Supreme Court building, were evacuated as a result of anthrax contamination, and it cost hundreds of millions of dollars to clean up mail-processing centers and other buildings that were contaminated by the letters. And in the wake of the attacks, the federal government hugely increased its spending on biodefense, including the military anthrax vaccine program on which Dr. Ivins had worked for many years.