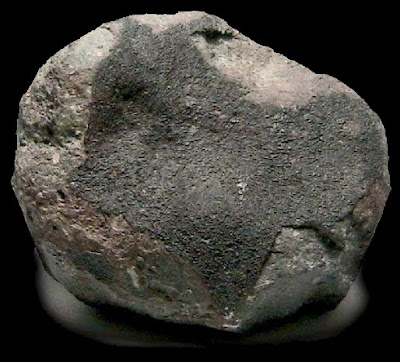 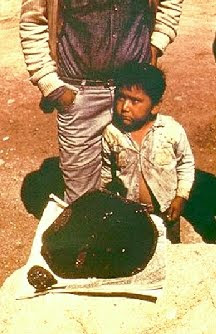 The fragment is at the Smithsonian and a photo of the Mexican boy who found it.
Massive, spectacular, and one lucky Mexican boy. 41 years ago ushered the event that lit up the sky and provided meteorite fragments that indicated that the "rock" [a carbonaceous chondrite] was tested to be 4.567 billion years old, which makes it thirty million years older than the earth itself and hundreds of millions older than the oldest known rocks on earth. I wonder if the boy was rewarded for his find.