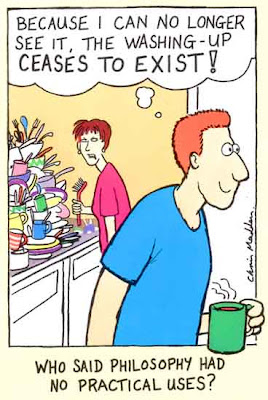 This is a valid venue but from the description below it is too narrow and should include earlier films, television series, and even older texts.

"Learning philosophy with the help of sci-fi"

Penn Current
In the film “The Matrix,” the character Neo, played by Keanu Reeves, discovers that he and nearly all of humanity are living in a computer-simulated world known as the Matrix.

“[The Matrix] is the world that has been pulled over your eyes to blind you from the truth,” Morpheus, played by Laurence Fishburne, tells Neo. “Unfortunately, no one can be told what the Matrix is. You have to see it for yourself.”

Susan Schneider, an assistant professor in Penn’s Department of Philosophy, is among a collection of philosophers who are using science fiction films, books and short stories such as “The Matrix” and “I, Robot” as thought experiments to reflect on the nature of certain philosophical concepts and “to fire the philosophical imagination.”

In her new anthology, “Science Fiction and Philosophy: From Time Travel to Superintelligence,” Schneider presents the ideas of big thinkers such as Plato, René Descartes, Daniel Dennett and David Lewis, in tandem with works of science fiction.

Part I of the book, “Could I be in a ‘Matrix’ or Computer Simulation?” deals with a subfield of philosophy known as epistemology or “theory of knowledge,” and features the likes David Chalmers, visiting professor of philosophy at NYU, and Nick Bostrom, director of the Future of Humanity Institute at Oxford University.

In Bostrom’s paper, “The Simulation Argument: Why the Probability that You Are Living in a Matrix is Quite High,” he argues that the scenario depicted in “The Matrix” (human brains kept in tanks) is “ridiculous.” But he also contends that the scenario in which human beings are living in a computer simulation built by an advanced civilization is plausible.

Part II includes the work of University of Colorado philosophy professor Michael Huemer, who reflects on the topic of free will by referring to the film “Minority Report,” in which people are arrested for crimes they will commit in the future.

Other science fiction works featured in the book include the films “Vanilla Sky,” “Terminator,” “A.I.” and “Back to the Future,” as well as the novels “Mindscan” and “Software.”

Schneider, who teaches the undergraduate course “Philosophy and Science Fiction,” says that the course uses science fiction thought experiments as a route into what can be difficult topics, such as the nature of mind, space and time, applied ethics and free will. She does not screen films in her class because most students are familiar with the storylines.

In the case of “The Matrix,” Schneider says it can lead to thinking about the nature of knowledge. “That is really good for students because they get an opportunity to see that philosophy is relevant, and then they can go into rather difficult readings,” she says. “In philosophy, readings can at first seem dense and inaccessible, and so this gives people an ordinary route into a topic.”

The film “Vanilla Sky,” starring Tom Cruise and Penélope Cruz, is also a good source because it causes students to reflect on mortality and the reality of the world around them, Schneider says. “That is an excellent route right into classic problems that Plato talked about and Descartes talked about.”

Schneider says she hopes the book will encourage readers to ponder important philosophical issues and further explore their complexity. She also hopes readers will investigate a series of interlocking topics presented in the book that show how the different subfields of philosophy are interrelated.

“I actually tried to throw in some new issues for seasoned philosophers that I felt were neglected, like Nick Bostrom’s piece arguing that we’re in a computer simulation,” she says. “I wanted people to also see the connection between the different topics that were discussed.”

This is just a side project for Schneider, who has two more forthcoming books: “The Language of Thought: New Philosophical Directions,” coming out this year, and “Rethinking Solutions to the Mind--Body Problem,” currently in progress. Both books examine similar themes discussed in portions of “Science Fiction and Philosophy.” 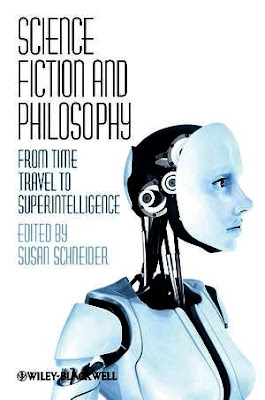 Science Fiction and Philosophy: From Time Travel to Superintelligence

Use this blog's search engine and enter "science fiction" for many more articles.
Posted by Mercury at 3:51 PM