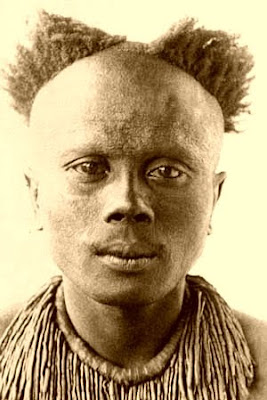 And so the last member of an ancient tribe is gone. Remember, man is an integral part of biodiversity too.

CNN
The last member of an ancient tribe that has inhabited an Indian island chain for around 65,000 years has died, a group that campaigns for the protection of indigenous peoples has said.

Boa Sr, who was around 85 years of age, died last week in the Andaman islands, about 750 miles off India's eastern coast, Survival International said in a statement.

The London-based group, which works to protect indigenous peoples, said she was the last member of one of ten distinct Great Andamanese tribes, the Bo.

"The Bo are thought to have lived in the Andaman islands for as long as 65,000 years, making them the descendants of one of the oldest human cultures on earth," it noted.

With her passing at a hospital, India also lost one of its most endangered languages, also called Bo, linguists say.

"She was the last speaker of (the) Bo language. It pains to see how one by one we are losing speakers of Great Andamanese and (their) language is getting extinct. (It is) A very fast erosion of (the) indigenous knowledge base, that we all are helplessly witnessing," read an obituary in Boa Sr's honor posted on the Web site of the Vanishing Voices of the Great Andamanese (VOGA) project.

Project director Anvita Abbi, a professor at New Delhi's Jawaharlal Nehru University, met with Boa as recently as last year. "She was the only member who remembered the old songs," Abbi recounted in her obituary.

"Boa Sr was the only speaker of Bo and had no one to converse with in that language," Abbi told CNN. Her husband and children had already died, the linguist said.

Other than Bo, she also knew local Andaman languages, which she would use to converse, according to Abbi.

Boa Sr was believed to be the oldest of the Great Andamanese, members of ten distinct tribes. Survival International estimates there are now just 52 Great Andamanese left.

There were believed to be 5,000 of them when the British colonized the archipelago in 1858. Most of those tribal communities were subsequently killed or died of diseases, says Survival International.

The British also held the indigenous tribes people captive in what was called an Andaman Home, but none of the 150 children born there survived beyond two years of age, according to the group.

She recorded in Bo what she saw when the giant waves arrived. "While we were all asleep, the water rose and filled all around. We did not get up before the water rose. Water filled where we were and as the morning broke the water started to recede," reads a translation of her tsunami narrative posted on the VOGA Web site.

Activists are expressing alarm over her death.

"Boa's loss is a bleak reminder that we must not allow this to happen to the other tribes of the Andaman islands," Survival director Stephen Corry said in the statement. Andaman and Nicobar Islands authorities put at least five tribes in their list of vulnerable indigenous communities.

According to Corry's group, the surviving Great Andamanese depend largely on the Indian government for food and shelter and abuse of alcohol is rife.

Among the tribes are the Sentinelese, who inhabit a 60-square-kilometer island.

Officials believe the group is probably the world's only surviving Paleolithic people without contact with any other community. They said the Sentinelese are very hostile and never leave their Island. Very little is known about them.
Posted by Mercury at 8:35 AM