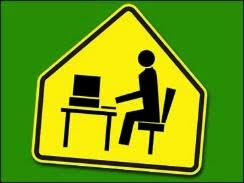 I didn't think this would be a serious issue but it has turned into a complex situation. Remote access to lectures and documents is not a bad thing but it will never replace classroom attendance. The professors' concerns "...about violating copyright by making materials available online, about having to censor their remarks, about whether filming lectures will stifle discussion or drive students to skip class, and about running afoul of departmental politics." may be misplaced.

The Chronicle of Higher Education
We’ve all heard about university-driven open-education projects like MIT OpenCourseWare. These days, though, the push to freely publish course materials and research papers online is increasingly coming from students.

And some of them are bumping into a barrier: their own professors.

This weekend, Adi Kamdar and Parker Phinney joined campus activists from around the country at the Students for Free Culture conference here. Mr. Kamdar belongs to a Yale University student group campaigning for an open-access policy that would make scholarly papers freely available in an online repository (like the one at Harvard University, which has an opt-out rule). Mr. Phinney is prodding Dartmouth College to develop an open-courseware site for lecture videos and other materials (like the ones at Yale and the Massachusetts Institute of Technology).

They're both idealistic sophomores trying to pry open greater public access to their privileged Ivy League cocoons. An easy sell? Not quite. Over sandwiches at Potbelly Sandwich Shop during a break in the conference, both share similar struggles getting faculty members to budge.

"In general, professors are very nervous," Mr. Phinney says. "Some are outright offended."

In talking with nearly a dozen professors, Mr. Phinney has heard their concern about violating copyright by making materials available online, about having to censor their remarks, about whether filming lectures will stifle discussion or drive students to skip class, and about running afoul of departmental politics. Mr. Kamdar finds professors generally supportive but also ambivalent, sentiments reflected in a series of faculty interviews that his group has published online.

The cases underscore how far universities are from the "free culture" advocated at the conference. Students for Free Culture, whose name parallels a book by Harvard cyberlaw guru Lawrence Lessig, consists of more than 40 campus chapters that care about intellectual-property policies and "digital civil liberties." It's probably the only student group more likely to use the initials "JZ" as a reference to the Internet legal scholar Jonathan Zittrain than the rapper Jay-Z. The group's genesis was a 2003 controversy involving two Swarthmore College students who had posted leaked memoranda from a company that makes computer voting machines.

At this week's conference, a more recent case grabbed their attention: the decision by the University of California at Los Angeles to stop posting copyrighted videos on course Web sites after complaints from an educational-media trade group.

Patricia Aufderheide, director of the Center for Social Media at American University, described the capitulation as a "really dangerous" signal that was "bad for everybody else." She urged students to "push back."

Another conference participant shared a story of how much one student can get done when he does push -- hard.

Like Mr. Phinney, Kevin Donovan had an ambition to build an open-courseware Web site, this one amid the "not-so-free culture" of Georgetown University, as one blog put it. Mr. Donovan, a junior in Georgetown's School of Foreign Service, wants to see first-class education available to the third world. He argues that open courses make sense, given Georgetown's Jesuit tradition of social responsibility.

The dean of his school bought his pitch, which carries a valuable lesson for fellow student organizers: once you obtain that kind of high-level support, things get a lot easier. The open-courseware project became Mr. Donovan's summer job. Working with faculty and the Center for New Designs in Learning and Scholarship, Mr. Donovan helped put six courses online last year. He hopes to build on that start in the coming semester.
Posted by Mercury at 7:30 AM