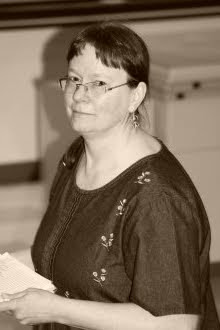 Hardcore physics [and related sciences] are difficult for many to comprehend and few see little value in studying the sciences. Many attempts have been made to make these subjects more appealing and easier to comprehend: Mr. Wizard, Beakman, Sagan, Burke, Hawking, Kakalios [The Physics of Superheroes], and many more individuals and venues. Add Lynn Westling to the list as well. Ms. Westling is Visiting Associate Professor of Physics at Wesleyan University teaching non-physics majors. The Wesleyan Argus wrote..."...when discussing her class “Physics for Future Presidents,” she noted how a background in physics can help the average voter make more informed political decisions on issues such as climate change and energy policy." I would go beyond that and place philosophy [critical thinking] more at the top. Nevertheless, her work is greatly appreciated.

"Professor Lynn Westling: Teaching Physics to People Who Hate It"

The Wesleyan Argus
Though last year her future at the University was unclear, Visiting Associate Professor of Physics Lynn Westling is back by student decree and has made it a mission to bring physics to students who cringe at the thought of velocity equations.

“[The Physics Department] knew that I had a technique for taking on the large classes that contain non-physics majors, and that my specialty, if you will, is to teach physics to non-physics people, and especially to people who don’t like physics at all,” Westling said.
Westling, who joined the University Physics Department three years ago, previously taught at Swarthmore College and Southern Connecticut State. In addition to her introductory physics courses, she offers courses that are geared towards non-physics or non-science majors, such as “Newton to Einstein: The Trail of Light” and “Physics for Future Presidents.”

Though this type of course is a new direction for Westling, she is not only suited for it, but enjoys the challenge as well.

“I try to teach in a way that makes it more relevant to life and makes it more appealing to someone who says, ‘Physics, ew,’” Westling said. “If I were to teach them as a straight physicist, then everybody would be bored. But I bring in interdisciplinary features, and I take into account there are different styles of learning.”

For instance, when discussing her class “Physics for Future Presidents,” she noted how a background in physics can help the average voter make more informed political decisions on issues such as climate change and energy policy.

Although Westling has only taught at the University for a short time, she has already experienced her share of campus controversy. In Fall ’08, Patrick Sunwoo ’11 learned that the University wasn’t going to ask Westling to return for the current academic year.

He decided to take action and circulated a petition among University students entitled, “Re-hire Professor Lynn A. Westling for the 2009-2010 Academic Year!”

Sunwoo was unsure about the administration’s specific reasons behind the decision to let Westling go but felt that she was an invaluable asset to the University.

“She’s one of those professors that really keeps you engaged during class, makes physics accessible and understandable, and makes sure that you leave the course taking something away from it,” Sunwoo, who never took physics in high school, wrote in an e-mail to The Argus. “I wasn’t sure what to expect going into Professor Westling’s Introductory Physics I course. But then, after one or two classes, I never wanted to miss a class.”

Sunwoo wasn’t the only one who felt this way. Rosemary Ostfeld ’10, one of the 81 students who signed the petition, echoed similar sentiments.

“Professor Westling is an extremely knowledgeable, thoughtful, and engaging professor,” Ostfeld wrote in an e-mail The Argus. “She does an exceptional job making physics fun. Her passion for the material makes her lectures memorable, and her enthusiasm makes many students, including those who would typically avoid math and science courses, enjoy physics.”

Ultimately, the administration relented, and Westling was able to return to teach physics this academic year—to the delight of both Westling and her students.

“I like how physics quantifies, describes, takes apart, and lets you understand things,” she said. “Physics is a reduction of science. So you reduce it to something simple, try out a calculation, and see how close you get to actually describing that thing. And then you go on from there. And that to me is just awesome.”
Posted by Mercury at 7:55 AM

Professor Richard Muller at Bezerkeley has been teaching the exact same course for years....in fact his lectures are available here
http://www.youtube.com/watch?v=6ysbZ_j2xi0&feature=PlayList&p=095393D5B42B2266&index=0&playnext=1

Yeah! It's really cool actually: Muller was so successful with the classes that he wrote a "Physics for Future Presidents" textbook (he even managed to get a copy to Obama) and that's a primary text for Westling's class (hence the name I assume).