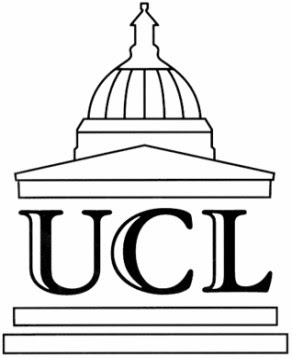 I know one post graduate at UCL London that might be affected by this move. Egyptology my be fading fast.

"Thousands to lose jobs as universities prepare to cope with cuts"

guardian.co.uk
Universities across the country are preparing to axe thousands of teaching jobs, close campuses and ditch courses to cope with government funding cuts, the Guardian has learned.

Other plans include using post-graduates rather than professors for teaching and the delay of major building projects. The proposals have already provoked ballots for industrial action at a number of universities in the past week raising fears of strike action which could severely disrupt lectures and examinations.

The Guardian spoke to vice-chancellors and other senior staff at 25 universities, some of whom condemned the funding squeeze as "painful" and "insidious". They warned that UK universities were being pushed towards becoming US-style, quasi-privatised institutions.

The cuts are being put in place to cope with the announcement last week by the Higher Education Funding Council for England (Hefce) that £449m – equivalent to more than a 5% reduction nationally – would be stripped out of university budgets.

The University and College Union (UCU) believes that more than 15,000 posts – the majority academic – could disappear in the next few years. Precise funding figures for each university will be released on 18 March.

The chairman of the Russell Group of elite institutions, Professor Michael Arthur, vice-chancellor of Leeds University, warned that budgets would be further slashed by 6% in each of the next three years. Last month he described the cuts as "devastating".

The savings envisaged include:

• Entire campus closures at Cumbria and Wolverhampton universities, where buildings will be mothballed and students transferred to other sites.

• Teesside University scrapping £2m worth of scholarships and bursaries that would have helped poorer students. It will also share services with a further education college in Darlington.

• Postponing plans for a £25m creative arts building at Worcester and £12m science block at Hertfordshire.

• Under-subscribed arts and humanities courses are being dropped. The University of the West of England has already stopped offering French, German and Spanish; Surrey has dropped its BA in humanities.

• Student/lecturer ratios are expected to rise, with more institutions using postgraduates and short term staff filling in for professors made redundant.

Higher exam pass marks will be required to win a place at university, according to the survey of academic principals. The cap on student numbers – set at 2008 levels – is restricting entry just as youth unemployment is peaking and intensifying competitive pressure.

Peter Mandelson, the business secretary who is in charge of universities, accused the principals of "gross exaggerations" and "extreme language", but would not be drawn over whether he would make further cuts to higher education. Universities had to do "no more than their fair share of belt-tightening," he said.

"We know that universities have a vital contribution to our economic growth, so we are not going to undermine them. We are asking for savings of less than 5% and we expect universities to make these in a way that minimises the impact on teaching and students. I am confident they will."

Mandelson also denied claims by vice-chancellors that he was letting arts and humanities courses close and cared only about maths and science degrees.

On Monday it was announced that an extra £10m would go to the teaching of science, technology, engineering and mathematics to support universities "that are shifting the balance of their provision towards these subjects".

Mandelson said: "I am an arts graduate myself. We don't dictate to universities which courses they put on. They tailor courses to meet demand. We want universities to play to their strengths, but we also want to keep this country civilised."

The pattern of cutbacks is not uniform, with some universities insisting they have been preparing for the downturn. Many have already dropped more vulnerable subjects such as music and history, increased fees for part-time students and expect to become even more reliant on income from higher, overseas student fees.

The vice-chancellor of Southampton, Professor Don Nutbeam, told the Guardian: "This [decision by Hefce] is one of a series of insidious cuts that have been made to higher education."

Professor Geoffrey Petts, vice-chancellor of Westminster University, said: "After a decade of huge successes in higher education we suddenly have to rethink."

Tomorrow the Universities and Colleges Admission Service (Ucas) is due to announce record numbers of applications for places this autumn. It is expected that as many as 300,000 applicants will be turned away.

The surge in demand comes as a government-commissioned independent review considers whether to raise tuition fees from £3,225 per year to up to £7,000. Over three years total cuts will amount to at least £950m.

The policy adopted by the government is in stark contrast to the response in the US where President Obama this week proposed a 31% increase in education spending for next year in order to combat unemployment and develop skills.
Posted by Mercury at 7:18 PM