I am not alone---NASA's new budget and scope 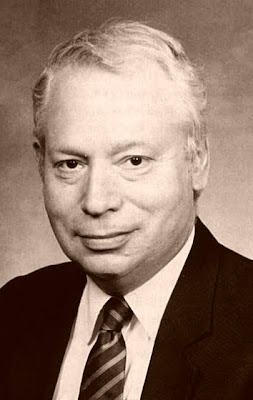 We could send hundreds of robots to Mars for the cost of one manned mission.

The Wall Street Journal
In the federal budget released this week, President Barack Obama calls for increasing NASA's funding by 2% while cutting its manned space flight program. If enacted by Congress, the cuts will likely end plans to return astronauts to the moon. Some claim these cuts will damage America's capabilities in science and technology, but the president's spending plan will likely boost both.

The manned space flight program masquerades as science, but it actually crowds out real science at NASA, which is all done on unmanned missions. In 2004 President George W. Bush announced a new vision for the space agency: a return of astronauts to the moon followed by a manned expedition to Mars. A few days later NASA's office of Space Science announced major cutbacks in its important Beyond Einstein and Explorer programs of unmanned research in astronomy. The explanation was that they "do not clearly support the goals of the President's vision for space exploration."

Soon after Mr. Bush's announcement I predicted that sending astronauts to the moon and Mars would be so expensive that future administrations would abandon the plan. This prediction seems to have come true.

All of the brilliant past discoveries in astronomy for which NASA can take credit have been made by unmanned satellite-borne observatories, and there is much more to be done. By studying the polarization of cosmic microwave radiation, we may find evidence of gravitational waves emitted in the first fraction of a second of the big bang. By sending laser beams between teams of satellites, we should be able to detect gravitational waves directly from collisions between neutron stars and black holes. By correlating the distances and velocities of many galaxies, we should be able to explore the mysterious dark energy that makes up most of the energy of the universe.

It is true that astronauts made a large contribution to astronomy by servicing the Hubble Space Telescope. But if Hubble had been put into orbit by unmanned rockets instead of the Space Shuttle, so much money would have been saved that instead of servicing a single Hubble we could have had half a dozen Hubbles in orbit, making servicing unnecessary.

In any case, the argument for using astronauts to service satellite observatories is now out of date. Current unmanned observatories like the brilliantly successful Wilkinson Microwave Anisotropy Probe and the European Space Agency's new Planck satellite, which study an era of the universe's expansion before the origin of matter, are not in low Earth orbits like Hubble, but at L2. This is a quiet point in space that always remains on the other side of the Earth from the Sun and is a million miles from our planet, beyond the reach of astronauts. The successor to Hubble, the James Webb Space Telescope, will also be at L2.

Giving up on manned space flight doesn't mean we have to give up on the exploration of the solar system. The president's budget calls for spending $19 billion on NASA, and for much less than the cost of sending a few astronauts once to a single location on Mars we could send hundreds of robots like Spirit and Opportunity to sites all over the planet.

It is difficult to get reliable estimates of the cost of sending astronauts to Mars, but I have heard no estimate that is less than many hundreds of billions of dollars. The cost of sending Spirit and Opportunity to Mars was less than $1 billion. Unmanned exploration of Mars would not only be more useful scientifically; it would also yield more valuable spin-offs in technologies that are useful on Earth, like robotics and computer programs that can deal independently with unexpected obstacles.

[Mr. Weinberg received the Nobel Prize in Physics in 1979 and the National Medal of Science in 1991. He teaches in the physics and astronomy departments of the University of Texas at Austin and is the author of "Lake Views—This World and the Universe," just out from Harvard University Press.]