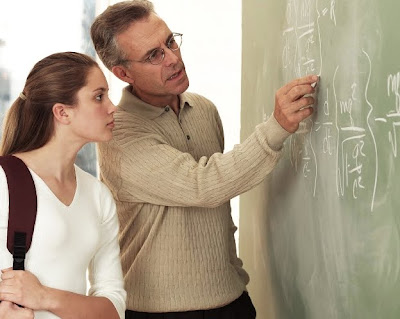 Yesterday's tragic event at the University of Alabama brings to mind the coveted status of "tenure". It is sort of a carte blanche for university professors ensuring academic insulation and genuine academic freedom as long as there are no legal or ethical infractions.

The events of February 12th... 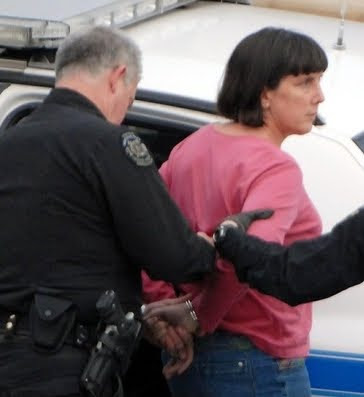 "Professor Said to Be Charged After 3 Are Killed in Alabama"

The New York Times
Three faculty members at the University of Alabama in Huntsville were shot to death, and three other people were seriously wounded at a biology faculty meeting on Friday afternoon, university officials said.

The Associated Press reported that a biology professor, identified as Amy Bishop, was charged with murder.

According to a faculty member, the professor had applied for tenure, been turned down, and appealed the decision. She learned on Friday that she had been denied once again.

The Huntsville Times identified Dr. Bishop as a Harvard-educated neuroscientist. According to a 2006 profile in the newspaper, Dr. Bishop invented a portable cell growth incubator with her husband, Jim Anderson. Police officials said that Mr. Anderson was being detained, but they did not call him a suspect.

Photographs of a suspect being led from the scene by the police appeared to match images of Dr. Bishop on academic and technology Web sites.

Dr. Bishop had told acquaintances recently that she was worried about getting tenure, said a business associate who met her at a business technology open house at the end of January and asked not to be named because of the close-knit nature of the science community in Huntsville.

“She began to talk about her problems getting tenure in a very forceful and animated way, saying it was unfair,” the associate said, referring to a conversation in which she blamed specific colleagues for her problems.

“She seemed to be one of these persons who was just very open with her feelings,” he said. “A very smart, intense person who had a variety of opinions on issues.”

The shooting occurred in the Shelby Center at the university around 4 p.m., officials said. Few students were in the building, and none were involved in the shooting, said Ray Garner, a university spokesman.

Officials said the suspect was detained outside of the building “without incident.” The police said a weapon had not been recovered.

Andrew Ols, a senior at the university, said he had been in a biology lab in the Shelby Center less than five minutes before the shooting began. “Now that we realize that it was a faculty person that committed the crime, no students were injured and no students were targeted or anything like that, there’s more shock than there is fear,” he said.

The shooting came just a week after a middle school student near Huntsville shot and killed a classmate.

“This is a very safe campus,” Mr. Garner said. “It’s not unlike what we experienced a week ago. This town is not accustomed to shootings and having multiple dead.”

Nick Zivkovic, a senior, was filling his gas tank around 4 p.m. after finishing a lab in the Shelby Center. “Next thing I know, 40 to 50 police cars are flying by,” he said. Back at the building, emergency vehicles created an “ocean of lights” as police with SWAT gear and automatic weapons stormed into the building. A registered first responder, Mr. Zivkovic passed out blankets and tried to comfort the evacuated students who were trembling and mumbling in the parking lot.

“You just try to hand them some hot chocolate,” he said.

The university was put on lockdown “almost instantaneously,” said Trent Willis, chief of staff to Mayor Tommy Battle. But some students complained on Twitter and to reporters that they did not receive the university’s alert until hours after the shooting.

“The U-Alert was triggered late because the people involved in activating that system were involved in responding to the shooting,” said Charles Gailes, chief of the university police, at a news conference.

Erin Johnson, a sophomore, told The Huntsville Times that a biology faculty meeting was under way when she heard screams coming from the room.

According to the 2006 profile, Dr. Bishop and her husband tired of using old-fashioned petri dishes for cell incubation and designed a sealed, self-contained mobile cell incubation system. The system was described as reducing many of the problems with cultivating tissues in the fragile environment of the petri dish. The system was later marketed by Prodigy Biosystems, which raised $1.2 million in capital financing after winning third place in an Alabama technology competition.

Tenure
Posted by Mercury at 8:33 AM