Giordano Bruno and the Catholic Church 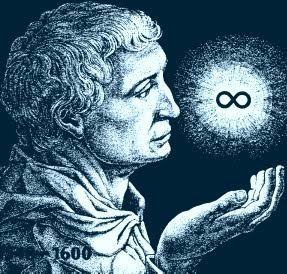 Indian based AASTRO KERALA [Amateur Astronomers Organisation in Kerala. India] offers these thoughts about Giordano Bruno and the Catholic Church.

"Giordano Bruno -Burned alive For His Beliefs of The Universe"

AASTRO KERALA
Four centuries ago, on February 16, 1600, the Roman Catholic Church executed Giordano Bruno, Italian philosopher and scientist, for the crime of heresy. He was taken from his cell in the early hours of the morning to the Piazza dei Fiori in Rome and burnt alive at the stake. To the last, the Church authorities were fearful of the ideas of a man who was known throughout Europe as a bold and brilliant thinker. In a peculiar twist to the gruesome affair, the executioners were ordered to tie his tongue so that he would be unable to address those gathered.

Throughout his life Bruno championed the Copernican system of astronomy which placed the sun, not the Earth, at the centre of the solar system. He opposed the stultifying authority of the Church and refused to recant his philosophical beliefs throughout his eight years of imprisonment by the Venetian and Roman Inquisitions. His life stands as a testimony to the drive for knowledge and truth that marked the astonishing period of history known as the Renaissance—from which so much in modern art, thought and science derives.

In 1992, after 12 years of deliberations, the Roman Catholic Church grudgingly admitted that Galileo Galilei had been right in supporting the theories of Copernicus. The Holy Inquisition had forced an aged Galileo to recant his ideas under threat of torture in 1633. But no such admission has been made in the case of Bruno. His writings are still on the Vatican’s list of forbidden texts.

The Church is currently considering a new batch of apologies. A theological commission headed by Cardinal Joseph Ratzinger, the head of the Congregation for the Doctrine of the Faith, the modern successor of the Inquisition, has completed an inquiry entitled “The Church and the Faults of the Past: Memory in the Service of Reconciliation”, which proposes making an apology for “past errors”. The results have been handed to Pope John Paul II, who is due to make a statement on March 12. The execution of Bruno is one of the church’s crimes being considered but it is unlikely that major concessions will be made in his case. A number of hard-line Catholic figures have opposed the investigation from the outset, saying that excessive penitence and self-questioning could undermine faith in the Church and its institutions.

The current attitude of the Roman Catholic Church to Bruno is defined by a two-page entry in the latest edition of the Catholic Encyclopaedia. It describes Bruno’s “intolerance” and berates him, declaring “his attitude of mind towards religious truth was that of a rationalist”.

The article describes in detail Bruno’s theological errors and his lengthy detention at the hands of the Inquisition, but fails to mention the best-known fact—that the church authorities burnt him alive at the stake.

Bruno has long been revered as a martyr to scientific truth. In 1889 a monument to him was erected at the location of his execution. Such was the feeling for Bruno that scientists and poets paid tribute to him and a book was written detailing his life’s work. In a dedication for a meeting held at the Contemporary Club in Philadelphia in 1890, American poet Walt Whitman wrote: “As America’s mental courage (the thought comes to me today) is so indebted, above all current lands and peoples, to the noble army of old-world martyrs past, how incumbent on us that we clear those martyrs’ lives and names, and hold them up for reverent admiration as well as beacons. And typical of this, and standing for it and all perhaps, Giordano Bruno may well be put, today and to come, in our New World’s thankfulest heart and memory.”

Karl Marx’s co-thinker Fredrick Engels summed up the period that produced figures, such as Bruno, who challenged the church and laid the basis for modern science. In an introduction written in the 1870s to his unfinished work the Dialectics of Nature, Engels wrote: “It was the greatest progressive revolution that mankind had so far experienced, a time which called for giants and produced giants—giants in power of thought, passion and character, in universality and learning. The men who founded the modern rule of the bourgeoisie had anything but bourgeois limitations. On the contrary, the adventurous character of the time inspired them to a greater or lesser degree. There was hardly any man of importance then living who had not travelled extensively, who did not speak four or five languages, who did not shine in a number of fields….

“At that time natural science also developed in the midst of the general revolution and was itself thoroughly revolutionary; it had indeed to win in struggle its right of existence. Side by side with the great Italians from whom modern philosophy dates, it provided its martyrs for the stake and the dungeons of the Inquisition. And it is characteristic that Protestants outdid Catholics in persecuting the free investigation of nature. Calvin had Servetus burnt at the stake when the latter was on the point of discovering the circulation of the blood, and indeed he kept him roasting alive during two hours; for the Inquisition at least it sufficed to have Giordano Bruno simply burnt alive.”

What is most characteristic of Bruno is his vigorous appeal to reason and logic, rather than religious dogma, as the basis for determining truth. In a manner that anticipates the Enlightenment thinkers of the eighteenth century, he wrote in one of his final works, De triplici minimo (1591): “He who desires to philosophise must first of all doubt all things. He must not assume a position in a debate before he has listened to the various opinions, and considered and compared the reasons for and against. He must never judge or take up a position on the evidence of what he has heard, on the opinion of the majority, the age, merits, or prestige of the speaker concerned, but he must proceed according to the persuasion of an organic doctrine which adheres to real things, and to a truth that can be understood by the light of reason.”

Filippo (Giordano) Bruno was born in Nola, Italy in 1548. His father was Giovanni Bruno, a soldier, and his mother was Fraulissa Savolino. In 1561, he enrolled in school at the Monastery of Saint Domenico, best known for its famous member, Thomas Aquinas. Around this time, he took the name Giordano Bruno and within a few years had become a priest of the Dominican Order.Giordano Bruno was a brilliant, if eccentric, philosopher, but the life of a Dominican priest in the Catholic Church apparently didn’t suit him. He left the order in 1576 and started wandering Europe as a traveling philosopher, lecturing in various universities. His chief claim to fame was the Dominican memory techniques he taught, bringing him to the attention of royalty, including King Henry III of France and Elizabeth I of England. His memory enhancement techniques, described in his book “The Art of Memory” are still used today.

Though outspoken, and perhaps, not truly appreciated while in the Dominican Order, his troubles truly began around 1584 with the publication of his book “Dell Infinito, universo e mondi” (“Of Infinity, the Universe, and the World”). Being a philosopher and not an astronomer, Giordano Bruno would not have even warranted our attention if not for this book and the consequences of it.

Hearing the ideas of Copernicus about the nature of the universe sent Giordano Bruno into a veritable frenzy of philosophical thought. If the Earth was not the center of the universe, and all those stars clearly seen in the night sky were also suns, then there must exist an infinite number of earths in the universe, inhabited with other beings like ourselves.

This idea about the universe did not sit well with the Catholic Church. They lured Giordano Bruno to Rome with the promise of a job, where he was immediately turned over to the Inquisition and charged with heresy.

Giordano Bruno spent the next eight years in chains in the Castel Sant’Angelo, where he was routinely tortured and interrogated until his trial. Despite this, he remained unrepentant, stating to his Catholic Church judge, Jesuit Cardinal Robert Bellarmine, “I neither ought to recant, nor will I.” Even a death sentence handed down by the Catholic Church did not change his attitude as he defiantly told his accusers, “In pronouncing my sentence, your fear is greater than mine in hearing it.”

Immediately after the death sentence was handed down, Giordano Bruno’s jaw was clamped shut with an iron gag, his tongue was pierced with an iron spike and another iron spike was driven into his palate. On February 19, 1600, he was driven through the streets of Rome, stripped of his clothes and burned at the stake.


Giordano Bruno--conference of 2003 now in print

It's interesting to note today that many Catholics don't even count Bruno as having being executed for scientific beliefs, but always emphasise the mystical component of his "heresy." Therefore he can be classified as a pure heretic on religious grounds to the faithful. But it so often seems that the dividing line in those days between religious, mystic, occultist, and natural philosopher weren't so clear cut. He's someone I have to read up on.
Koestler in The Sleepwalkers states that the situation was far more political with Galileo, compounded by his conning the Holy Office when they asked to proofread his work to be published. He hoodwinked them, tying them up with technical jargon I believe. But it still seems that the Church and the scientific division in the Jesuits fully acepted the heliocentric model but it couldn't be explicitly stated in face of dogma, only treated as no more than a "hypothesis."