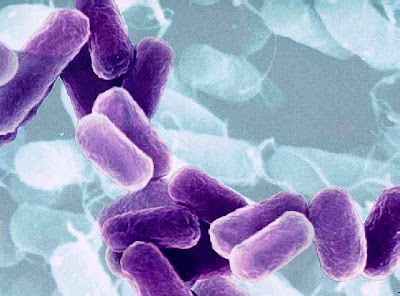 I never thought this would be a problem but it is worth consideration.

Science a GoGo
The decline of species and their habitats may not just make nature less interesting. New research, published in Bioscience, suggests it may also put you at greater risk for catching some exotic new disease. For the first time, habitat destruction and biodiversity loss have been linked to an increase in the incidence and distribution of infectious diseases in humans. "New diseases are emerging and diseases that were once local are now global," says University of Vermont biologist Joe Roman, a co-author of the study.

Humans have faced new diseases before. About 10,000 years ago humans invented farming; and the domestication of animals and changes in diet brought new infectious diseases, in what scientists call an "epidemiologic transition." Another of these transitions came with the Industrial Revolution. Infectious diseases decreased in many places while cancer, allergies and birth defects shot up.

Now, according to Roman and his co-researchers, another epidemiologic transition is upon us. "People have been working on this in individual diseases but no one has put all the studies together to compare them," says Roman. In 2006, he and co-researcher Montira Pongsiri gathered a group of scientists and policy analysts with expertise in a range of the new diseases being observed (including West Nile virus, malaria, the African parasitic disease schistosomiasis, hantavirus pulmonary syndrome, and several others). The new meta-study is based on their findings.

"We've reviewed all those [previous] studies and show that emergence or reemergence of many diseases is related to loss of biodiversity," says Pongsiri. "We've taken a broad look at this problem to say that it's not just case-study specific," she says. "Something is happening at a global scale."

One of the studies that Pongsiri and Roman's team examined was a 2006 investigation in Amazonian Peru. It was the first to demonstrate that malaria transmission can rise in response to deforestation. Though the mechanisms are complex and not fully worked out, it appears that loss of the structural diversity provided by trees led to higher density of Anopheles darlingi mosquitoes, a potent transmitter of malaria, as well as to higher biting rates.

Roman also cites Lyme disease, which people get from ticks infected with the bacterium, Borrelia burgdorferi. The ticks, in turn, usually get the bacterium by feeding on small mammals - particularly white-footed mice. "Historically, Lyme disease was probably rare, because you had a large range of mammals, everything from pumas all the way down to a widespread community of rodents," explains Roman. "Ticks feed on different species, and, since many are poor hosts for the bacterium, only a limited number of ticks would carry the disease to people. But fragmentation and reduction of forests has led to deep declines in the number of mammals - and white-footed mice tend to thrive in species-poor places, like small patches of forest on the edge of neighborhoods."

Until recently, almost no epidemiologists, nor medical schools, were framing questions of human infectious disease prevention in terms of habitat structure or genetic diversity in non-human species. Human diseases, went conventional thinking, are best understood and treated by looking at humans. "Now there is the beginning of a movement to bring epidemiology and ecology together," said Pongsiri. "The standard argument for protecting biodiversity is often that, well, there are medicines out there and you don't want to destroy a forest where you might have a cure for cancer, but I don't think that's as compelling as the argument that if you cut down the forest you or your kids are more prone to infectious diseases."
Posted by Mercury at 7:47 PM